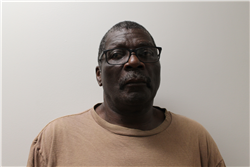 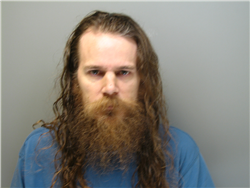 Two registered sex offenders have been indicted on federal child pornography charges in separate cases, both related to pending cases in state court.

Those indictments were unsealed Jan. 14.

Willie Alfred Blair, 65, of 106 Deason St., McCormick, was indicted on charges of selling or buying of children and receiving material constituting or containing child pornography.

According to a two-count indictment, he “did employ, use, persuade, induce, entice, and coerce a minor to engage in sexually explicit conduct ... for the purpose of producing a visual depiction of such conduct.” The indictment did not say how old the child was.

Investigators with the state Attorney General’s Office arrested Blair in November and charged him with three counts of criminal solicitation of a minor and two counts of disseminating obscene material to a person under the age of 18. Upon conviction, each count carries a sentence of up to 10 years in prison.

The McCormick County counts stem from an investigation by the Internet Crimes Against Children Task Force. In a release, the Attorney General’s Office said the man “solicited a minor for sex and distributed sexually graphic images to a minor.”

Blair is on the South Carolina sex offender registry for a 2009 conviction on third-degree criminal sexual conduct.

Dustin Aaron Adams, 40, of 120 Eagle Road, Edgefield, is charged with sexual exploitation and other abuse of children.

The indictment said “he did possess an HP Compaq dc8550 desktop computer on which were stored visual depictions of persons under the age of eighteen engaging in sexually explicit conduct.” The document noted that the explicit images included a child who had not gone through puberty.

Adams is facing 10 counts of third-degree sexual exploitation of a minor in Edgefield County after his arrest in April 2018. The charges were filed by the State Law Enforcement Division.

Upon conviction, each count carries a sentence of up to 10 years in prison.

Adams is on South Carolina’s sex offender registry after a 2012 conviction on a past count of second-degree sexual exploitation of a minor.

Both men remain in jail on their state charges.

Iran says official who played down virus fears is infected

Italy may lift ban on sporting events by Monday