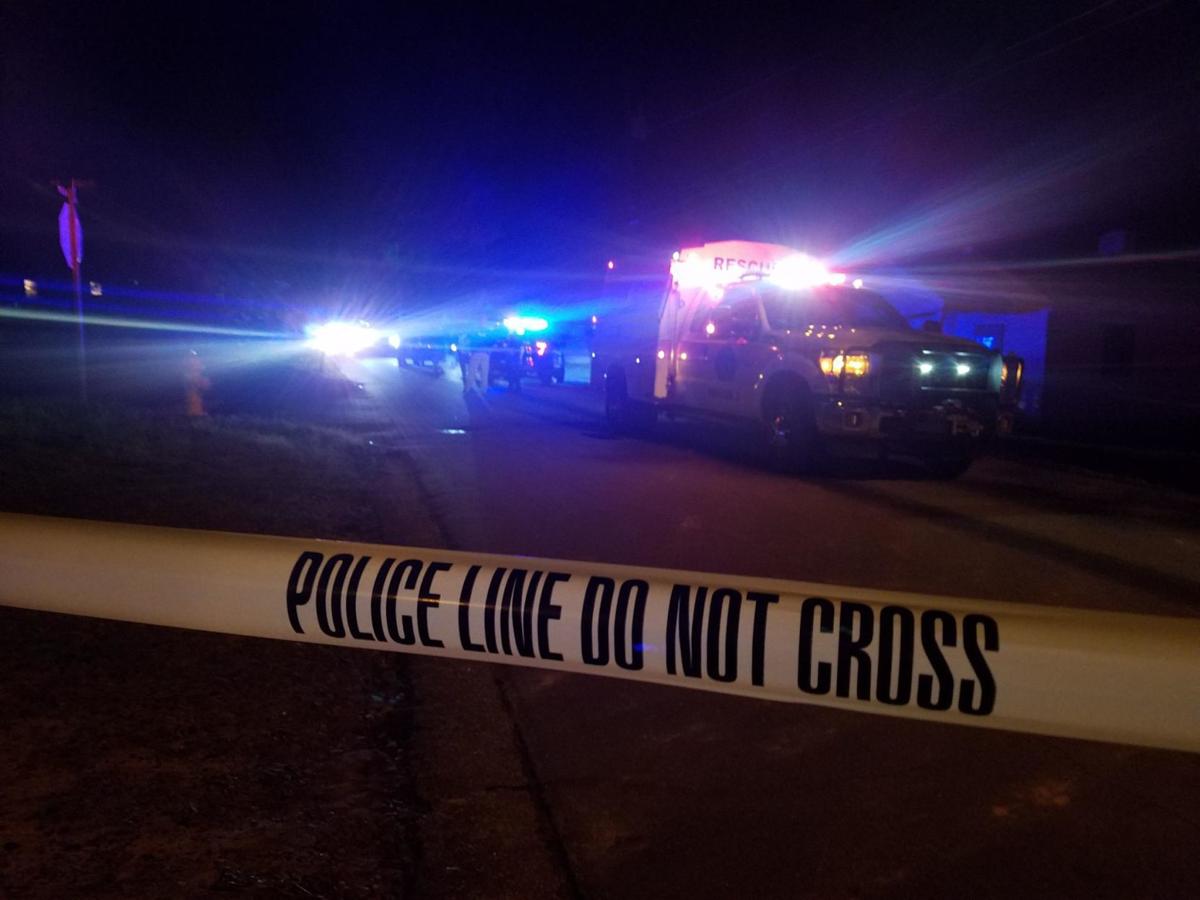 Authorities respond Thursday night to an officer-involved shooting at a North Hospital Street residence in Greenwood. 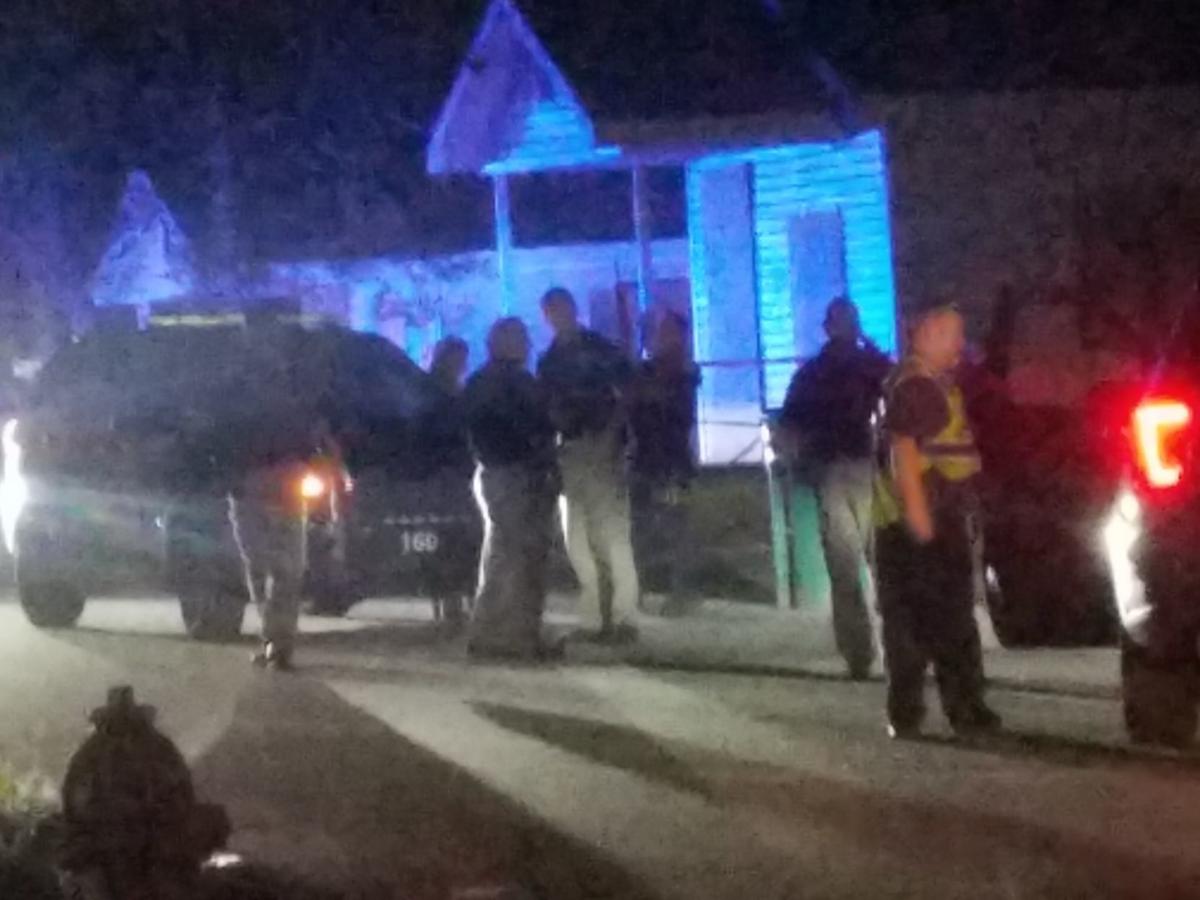 Dozens of officers stood by to secure the scene Thursday after a domestic violence investigation turned fatal when a person shot an officer and the officer fired back, killing the person. 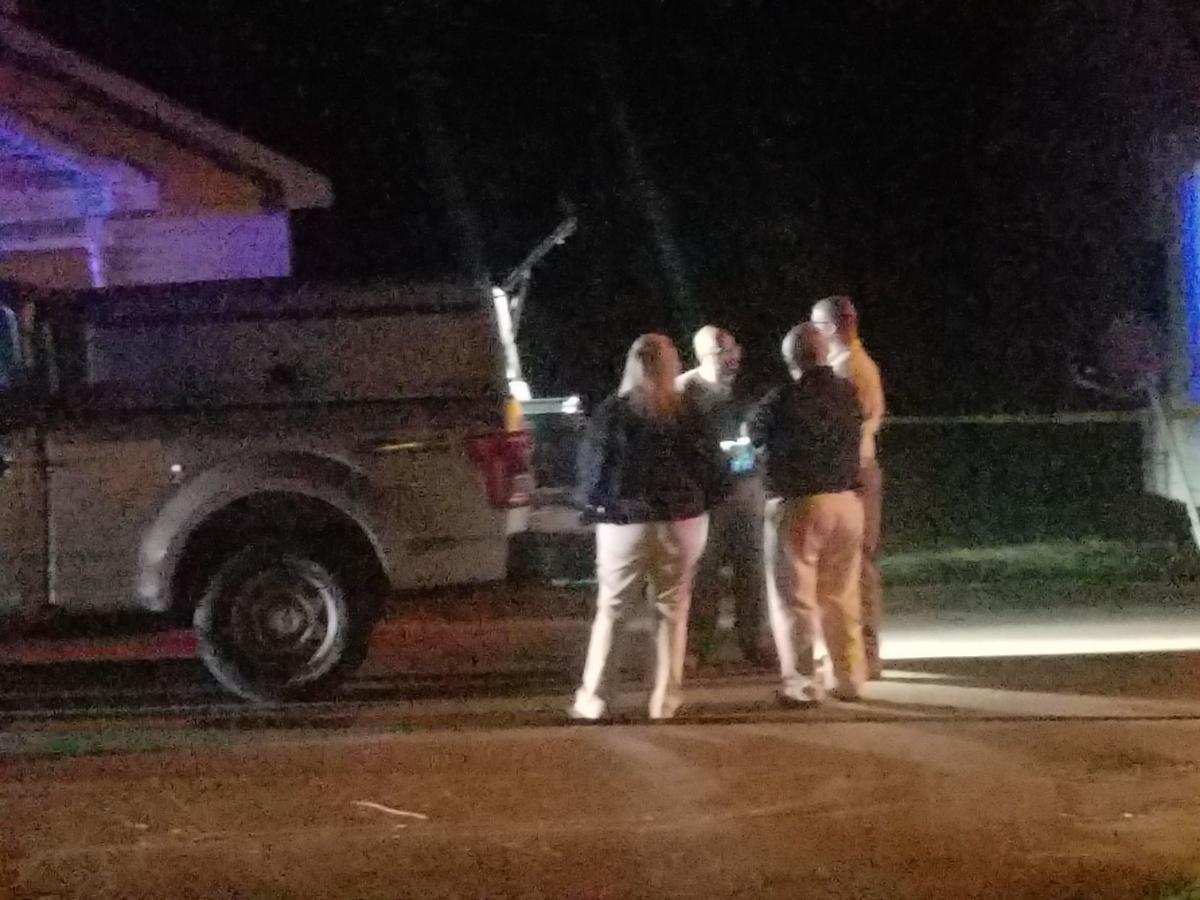 Officers and officials gathered at the scene Thursday night of an officer-involved shooting in which a Greenwood police officer was shot and returned fire, killing the person who shot him.

Authorities respond Thursday night to an officer-involved shooting at a North Hospital Street residence in Greenwood.

Dozens of officers stood by to secure the scene Thursday after a domestic violence investigation turned fatal when a person shot an officer and the officer fired back, killing the person.

Officers and officials gathered at the scene Thursday night of an officer-involved shooting in which a Greenwood police officer was shot and returned fire, killing the person who shot him.

The Greenwood police officer was inside the residence with Willie Lee Quarles Sr. trying to pat him down in search of a gun when the two men began a struggle that would end with the officer being shot once and Quarles being killed.

Greenwood Police Chief Gerald Brooks released additional details on a Thursday night call about a domestic dispute that resulted in a fatal officer-involved shooting. Brooks began the statement by explaining that the information he was sharing stems from an ongoing investigation and that the State Law Enforcement Division was called in to investigate the case as a matter of best practices.

At about 9:30 p.m. Thursday, Greenwood police were dispatched to a report of a man holding a gun at a woman, Brooks’ news release said. Officers had been told the woman who called police said the confrontation happened hours earlier, but she was concerned about how the man was acting.

When the officer arrived, the man and woman were outside of a residence on North Hospital Street, and the woman came up to the officer and gave him a bullet that she said belonged to the man. The couple then proceeded inside the residence, along with the officer, and into the living room, the release said.

“The conversation inside was somewhat chaotic,” Brooks said. “All three were speaking at once. The officer was asking where the gun was. The man was saying he did not have a gun. The woman was insisting that he did have a gun.”

Because of the woman’s insistence, dispatchers’ information, the bullet the woman provided and the man’s body language, the officer suspected the man had a gun on him. He tried to frisk or pat the man down to search for the firearm, and the man resisted, with him and the officer falling to the ground during the struggle.

“The man pulled a revolver from his clothing and shot the officer point blank in his chest,” Brooks said. “The officer returned fire in self-defense.”

Quarles died at the scene. The officer’s soft body armor kept the bullet from penetrating him, leaving deep bruising on his chest. The officer was treated and released from the hospital, and when he is scheduled to return to work he will be placed on administrative leave pending the outcome of the SLED investigation.

When asked, police officials would not identify the officer, citing the pending investigation. A request for reports associated with Thursday night’s events was also denied, with police citing SLED’s ongoing investigation.

In a news release, SLED officials confirmed they were looking into the shooting at the request of the police department, and agents are conducting interviews and gathering and analyzing forensic evidence.

“Information gathered in the SLED investigation of the incident will be summarized in a case file report to be submitted to prosecutors,” the release said.

The Index-Journal has made requests under the state Freedom of Information Act for various records associated with Thursday’s shooting, including the dashcam and bodycam video from officers on the scene, reports detailing the events and the personnel file of the officer involved in the shooting. These requests were initially denied, with city officials citing SLED’s ongoing investigation.

Requests were also sent for the 911 calls associated with the events leading up to and including Thursday’s shooting, along with SLED’s investigative file and any supporting documents they have in connection with the case.

Officers remained on scene past 3:30 a.m. Friday, and a release later in the morning from SLED noted this is the 18th officer-involved shooting in the state this year, and the second this year involving the Greenwood Police Department.

In the first SLED-investigated shooting this year, state agents looked into a Feb. 11 incident in which officer Cory Boyter was chasing a man with a gun at Phoenix Place Apartments, said Greenwood Police Public Information Officer Jonathan Link. During a scuffle between the men, Boyter’s gun got loose and ended up underneath the two men. Link said the suspect in that case got Boyter’s gun and fired it, although no one was hit.

SLED is still investigating the Feb. 11 case, and Link said Boyter was not put on administrative leave in that circumstance because the information showed Boyter did not have his hands on the weapon and did not fire it, nor was anyone injured.

'Eyes are on you:' Minneapolis neighbors band to stand guard

Protesters return to the streets as Trump decries 'lowlifes'

With victories in 7 states, Biden closes in on nomination