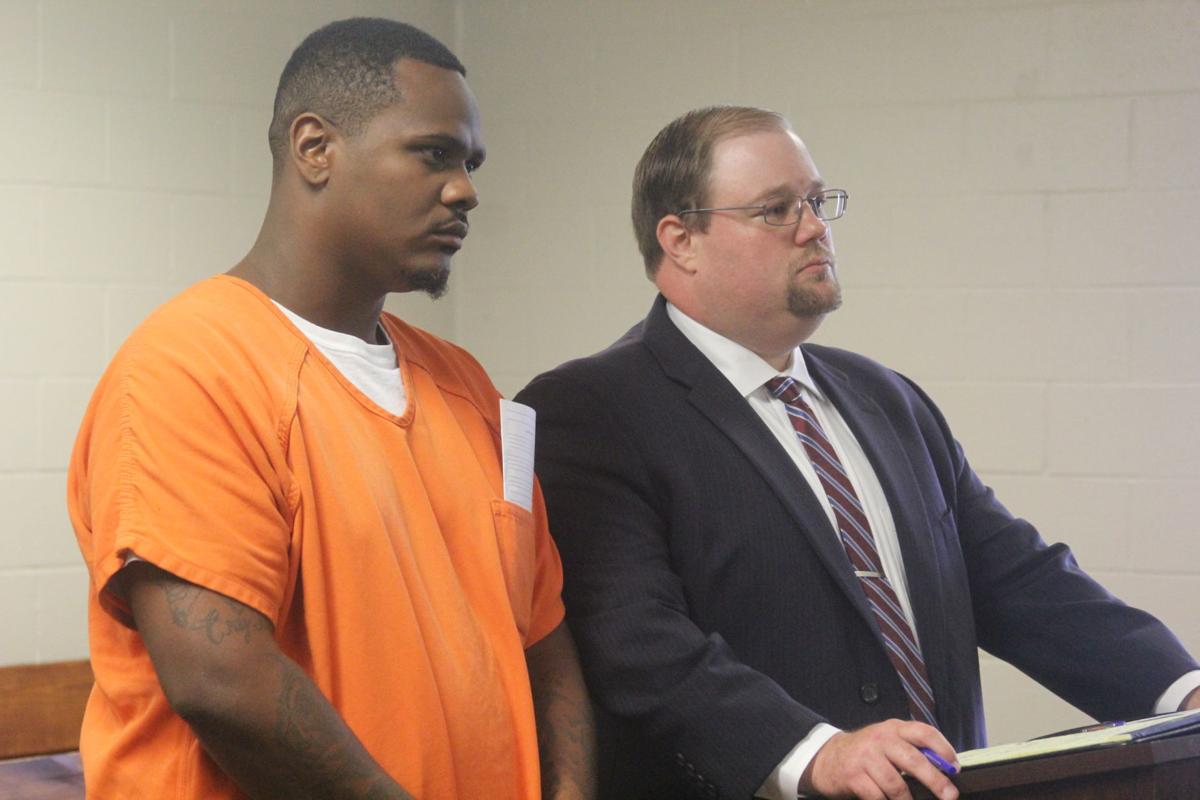 Brandon Hawkins, left, and his attorney, Dayne Phillips, stand before a magistrate judge Tuesday for a bond hearing. 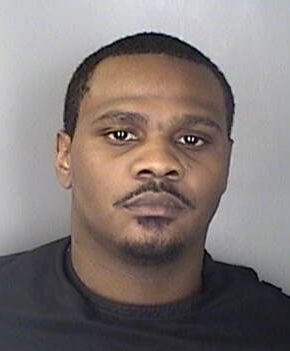 After burying one son about two months ago, Ethel Hawkins-Smith sat in bond court Wednesday morning as another of her sons stood before a judge facing charges that could land him decades behind bars.

Brandon Pierre Hawkins turned himself in to law enforcement at about 8:30 a.m. Wednesday and booked into the Greenwood County Detention Center, where he was charged with attempted murder and possession of a weapon during the commission of a violent crime.

Hawkins’ arrest comes about two months after his brother, Cody Alex Hawkins was slain in an apparent drive-by shooting May 19 on Pearl Street. According to Brandon Hawkins’ attorney in court Wednesday, the man Brandon is accused of shooting is a suspect in the investigation into Cody’s death.

At about 8:45 p.m. July 9, Greenwood deputies got a call about multiple gunshots coming from the area of H2O Ultra Lounge at 1601 Highway 72/221 E. When deputies arrived on scene minutes later, they found a blood trail in the parking lot.

Deputies learned Greterrious Calhoun had been shot and taken to the emergency room of an area hospital. Officers secured the scene and the crime scene unit went to help collect evidence.

Calhoun was arrested Monday after he was released from the hospital and was charged with multiple counts of attempted murder in connection with an apparently unrelated June 25 shooting at a Greenwood apartment complex. Calhoun is the man Brandon Hawkins’ attorney said was a possible suspect in connection with Cody Hawkins’ shooting — though police aren’t at the point where they can name any suspects, said Greenwood Police Department Public Information Officer Jonathan Link.

Calhoun was denied bond on his charges Tuesday, but sat in court again Wednesday when Brandon Hawkins faced his own bond hearing. Brandon’s mother, Ethel Hawkins-Smith, sat behind her son as his attorney advocated on his behalf to Judge Belinda Johnson that she grant him a surety bond.

“He is born, raised and lives in Greenwood,” said Columbia-based attorney Dayne Phillips. “He went to Greenwood High School. His whole life revolves around Greenwood County.”

Phillips said there’s no evidence suggesting Brandon would be a flight risk, and told the court he voluntarily turned himself in after speaking with investigators. He said he’d have no issue with Brandon being released and put on GPS monitoring but said requiring he be confined to his house might put him in danger. Phillips said there was “street talk” that retaliation against Brandon was a possibility.

Calhoun was given the chance to comment after Phillips spoke but declined to speak.

“There is an issue in Greenwood County with shooting incidents — obviously the defendant’s family is all too familiar with that,” Womack said.

He added that deputies believed there’s a possibility Brandon could leave the area because of an out-of-state connection and said officers could make arrangements that he be housed somewhere other than the Greenwood County Detention Center if his safety was a concern.

The judge decided not to set a bond for Brandon, but to require he go before a circuit court judge to have his bond set. He will remain in jail pending his circuit bond hearing.

Outside the courtroom, the Hawkins family stood after the judge’s decision, waiting for their opportunity to talk with Brandon after he had the chance to meet with his attorney privately. Universally, the family said this newest challenge comes while they’re still grieving for Cody. Labritney Hawkins, sister to Cody and Brandon, said Brandon was defending himself against people who wanted to harm him at H2O lounge — though the facts of the case won’t be adjudicated until Brandon’s case goes to trial.

Recently, police announced that Crime Stoppers is offering a $2,000 reward to anyone who can provide information that leads to the arrest of Cody Hawkins’ killer or killers. Tips can be submitted online at midlandscrimestoppers.com, by calling 1-888-CRIME-SC or by downloading the P3 Tips app on Apple or Android devices.

Brandon’s mother said she’s still seeking justice for Cody’s death and hoping the suspect or suspects will be arrested soon.

Antetokounmpo has triple-double as Bucks down Bulls 111-98

The Latest: Raonic finishes off quickly on Day 2