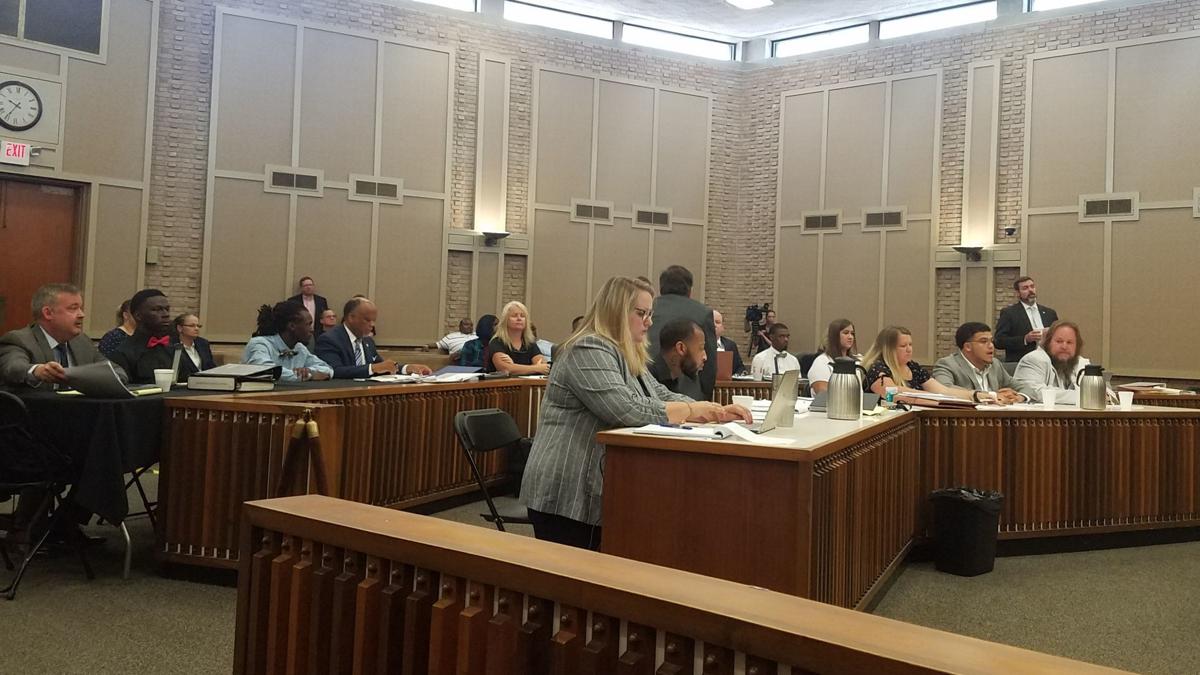 Besides the attorneys from the 8th Circuit Solicitor’s office, the Greenwood County Courthouse’s main courtroom was modified Monday to make room for six defendants and their legal teams. 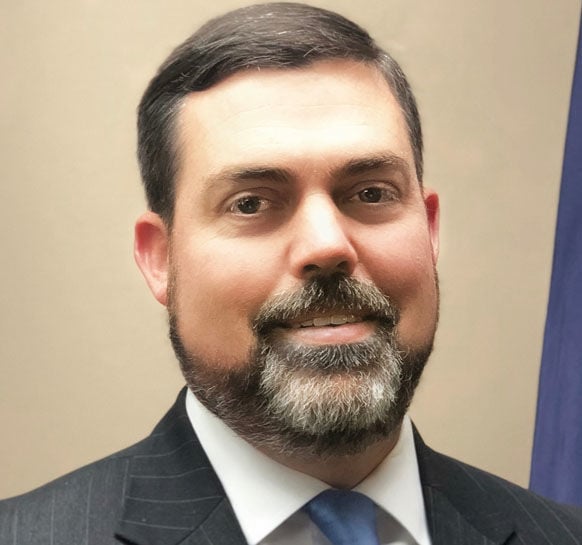 After voiding 100 indictments Wednesday, delaying the trial of the six men charged in connection with the Greenwood Mall shooting in 2018, Judge Eugene Griffith has gone back on part of his ruling.

Instead of voiding all 100 indictments from the May 3, 2019 meeting of the grand jury, he signed an order Thursday quashing only the 18 indictments relevant in the mall shooting case. On Friday, the 8th Circuit Solicitor’s Office filed a motion for Griffith to reconsider even quashing those.

Along with quashing the 18 indictments in the mall shooting case, Griffith’s order Wednesday quashed all 100 indictments that were approved by the grand jury on May 3 — including indictments in cases where people had since pleaded guilty and were serving a sentence.

On Thursday, Griffith signed another order rescinding his earlier action and quashing only the 18 indictments relevant to the mall case.

“During the hearing of the motions to quash, the Court orally ruled that it was quashing all indictments which were true billed during the May 3, 2019 meeting of the Greenwood County Grand Jury,” Thursday’s order said. “Upon cool reflection, this oral ruling was in error because no motions to quash other indictments were presented and argued to this Court and thus this Court had no authority to consider and rule upon any other motion to quash.”

Griffith also wrote that the defense attorneys’ point that deliberating on 100 indictments in 90 minutes is too short a time is without merit.

“Defendants contend that because given the number of cases the Grand Jury considered on May 3, 2019, that it was not possible that sufficient consideration and weight was given to the evidence,” Griffith wrote. “The length of time spent deliberating a matter does not control the effectiveness of the deliberation.”

This second ruling means prosecutors and law enforcement will only have to reindict the six men charged in this case, rather than the about 40 people who all faced indictments out of the May 3 grand jury meeting.

But the state is looking to get back in court in October prosecuting the mall shooting case, and on Friday filed a motion to have the judge reconsider quashing the six defendants’ indictments. The motion says the indictments were true billed correctly, in line with state law and procedure.

The motion argues that the practice in Greenwood County and many other counties is for a single officer from each department to present the indictments for the whole department.

“The grand jury then acts on the indictments based upon the information relayed to them by the officer appearing before them,” the motion said. In a footnote, it adds: “The Court should give no credence to the Defandants’ assertion that the presentation of evidence by an officer who may have no firsthand knowledge of the case violates any legal standard.”

As for why the testifying officer’s name wasn’t listed on the indictments, the solicitor’s motion says state law allows the grand jury foreman to swear in witnesses whose names will appear on the indictment, but doesn’t require the names of witnesses to actually be on the indictment. The motion also argues that keeping an officer from appearing before a grand jury because he hadn’t been subpoenaed would do nothing but delay the process.

“Accordingly, this Court should not create a rule where a witness, other than the one whose name appears on the indictment, may not voluntarily appear and present the facts of the case to the grand jury,” the motion said.

After a nearly four-month delay, the Greenwood Mall shooting trial continues today. A technicality had led a judge to void the grand jury indi…

Camargo determined to seize second chance at 3B for Braves