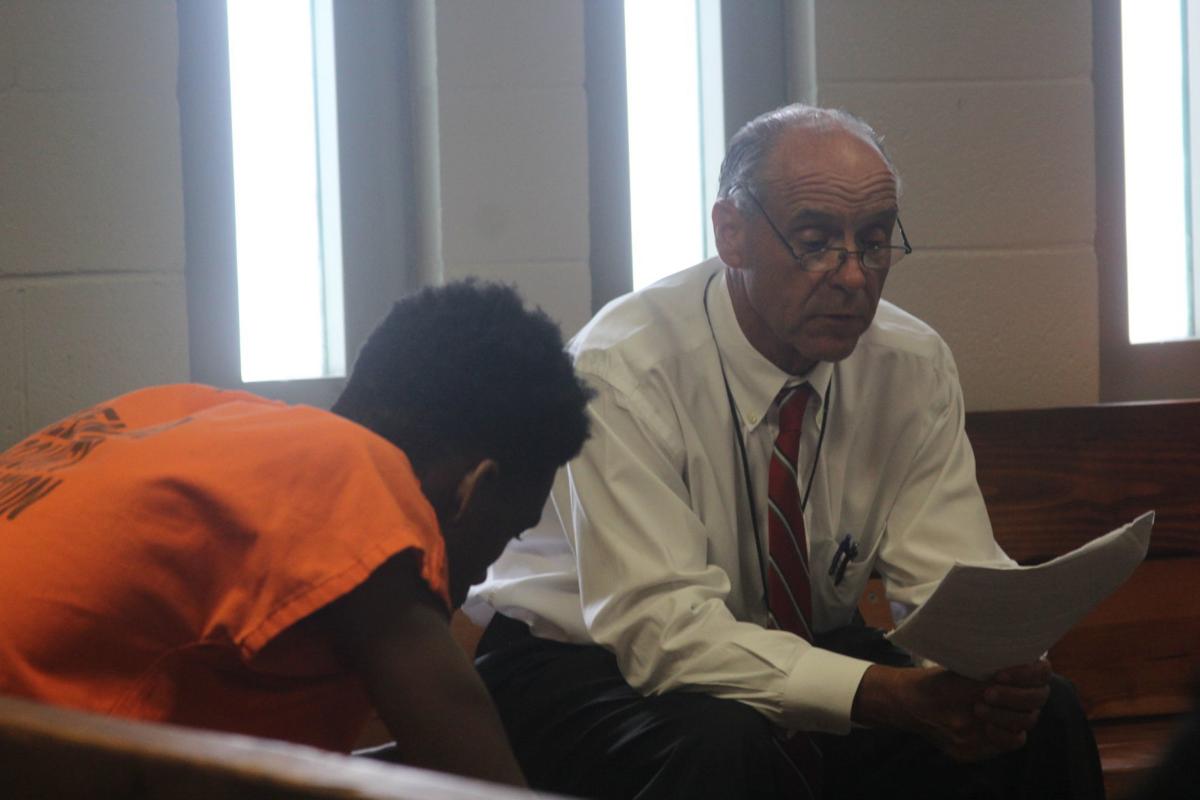 Greterrious Calhoun, left, has his constitutional rights read to him by Judge Lee Miller during a Tuesday morning bond hearing. 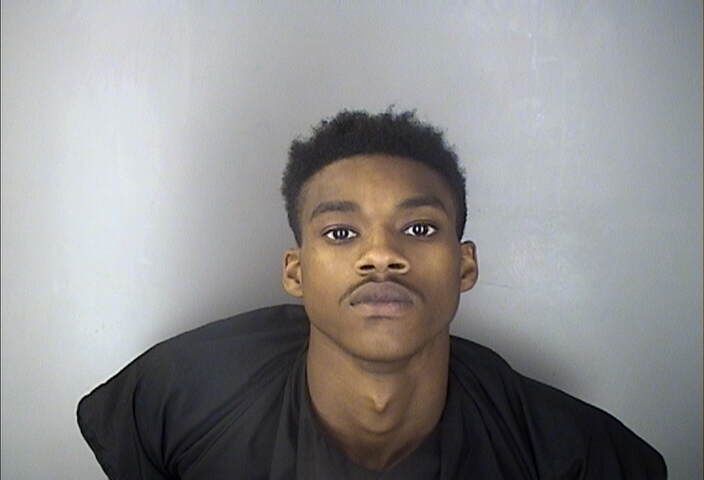 Bond was denied for the Greenwood man facing five counts of attempted murder in connection with a June shooting at an apartment complex.

Greterrious Zyquan Calhoun, 18, of 122 Wilson Bridge Road, Greenwood was arrested Monday and is facing five counts of attempted murder, along with charges of failure to stop on lawful command, unlawful carrying of a pistol, possession of a stolen pistol and possession of a weapon during the commission of a crime.

The shooting he was charged in connection with happened June 25 at Cardinal Glen apartments at 1524 Parkway. Greenwood police Lt. Mike Dixon said Tuesday morning at the bond hearing that two apartments were hit with several bullets, though no one inside was injured. He said there were about nine people in those apartments.

While investigating the case, Dixon said police identified Calhoun and two others as suspects in the shooting. Police are still working to find the other two people, Dixon said.

“With all the violence in town and the severity of this incident, we’re going to ask that you deny bond,” Dixon said to Judge Lee Miller.

Calhoun, who had been walking using crutches and was given a walker in court, asked Miller if it was possible for him to be allowed to go home with a GPS-monitoring ankle bracelet. He was injured in the shooting July 9 at H2O Lounge, where Greenwood County deputies responded to a call about multiple gunshots being fired at the club. When officers arrived, they found a blood trail in the parking lot and learned a man who had been shot was taken to the emergency room for treatment.

Greenwood Police Department Public Information Officer Jonathan Link said officers arrested Calhoun after he was released from the hospital. In court Tuesday, Calhoun said he’s working with a physical therapist to help him recover his strength following his injuries.

“I’m not a flight risk. I’m on a walker,” Calhoun said in court.

Deputies are still working to get Brandon Pierre Hawkins in custody, as he is wanted on counts of attempted murder and possession of a firearm during the commission of a violent crime in connection with the H2O Lounge shooting.

Greenwood police arrested a man Monday in connection with a recent shooting.

Health care group: It would cost $440 million to provide 3 million tests for all nursing home residents and workers

5 things to know today - that aren't about the virus