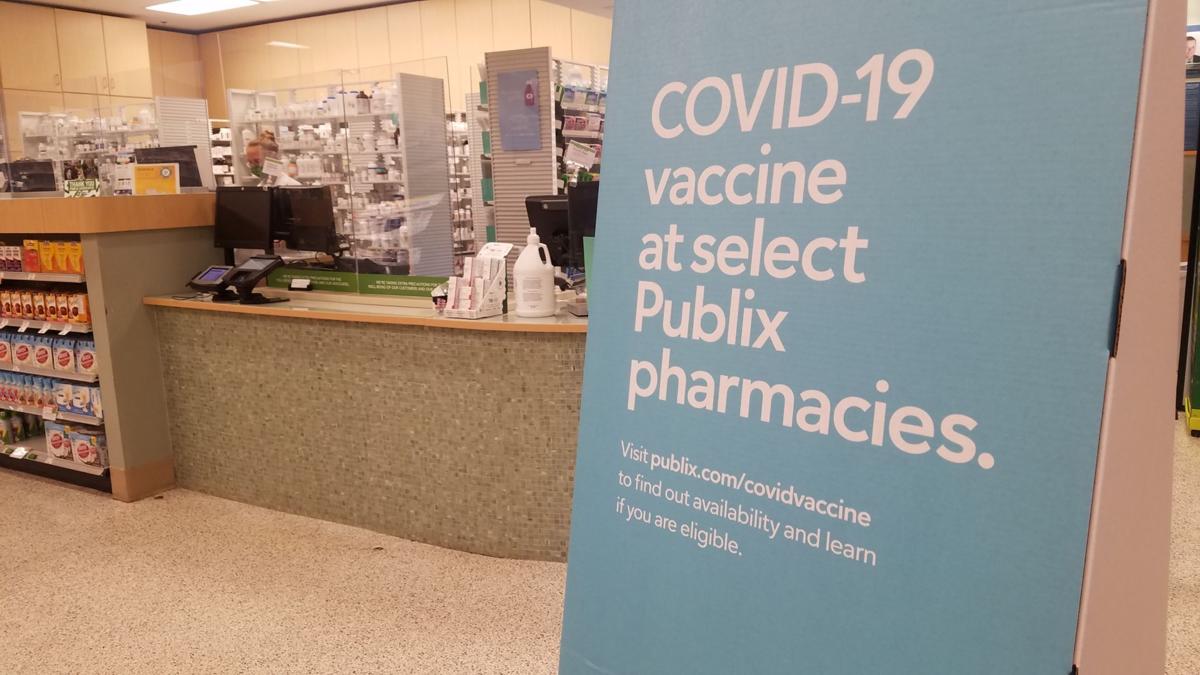 More locations across Greenwood and the Lakelands are providing COVID-19 vaccinations as supply increases and South Carolina works to enter phase 1b of its vaccination plan. 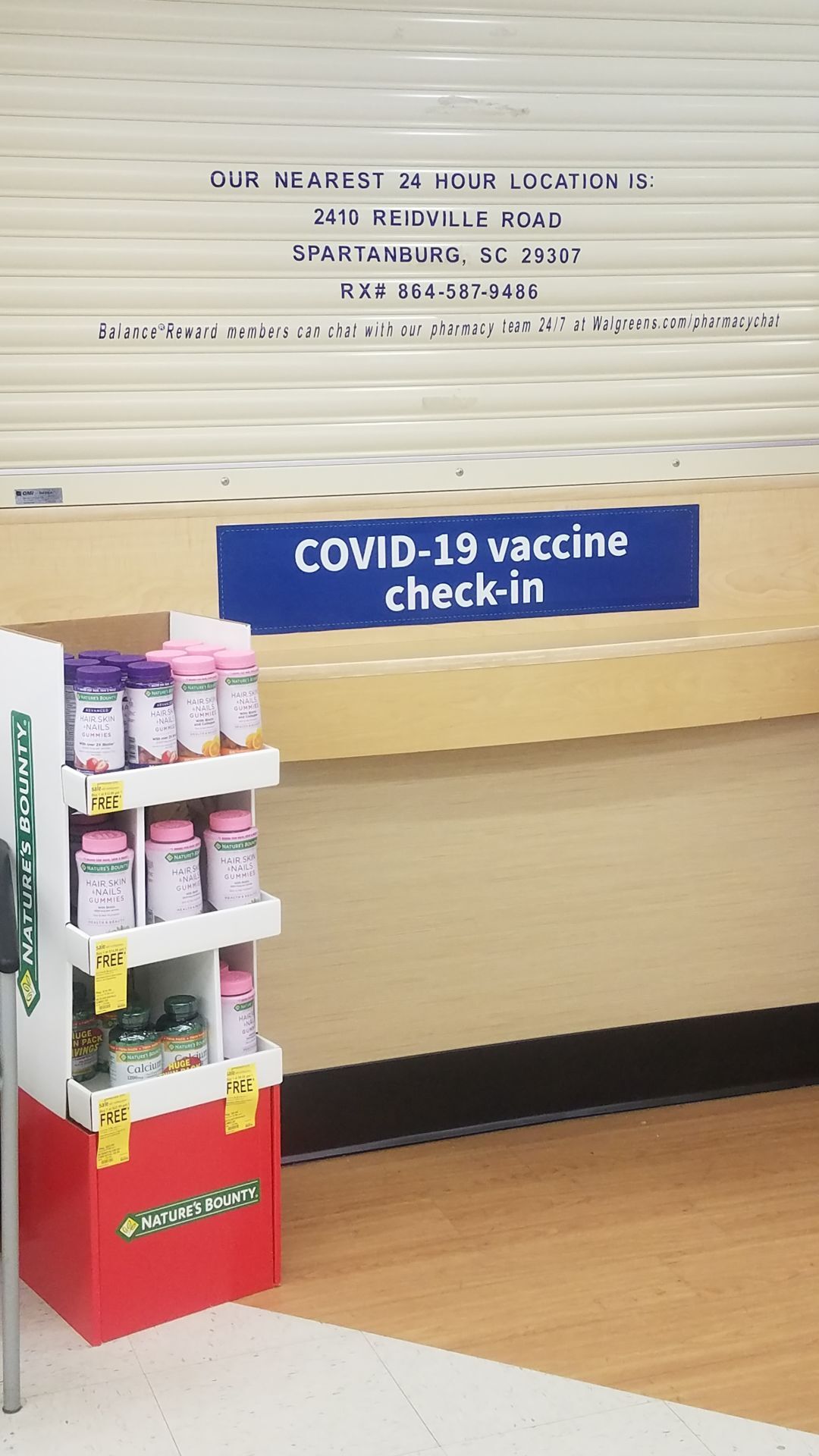 DHEC is working to activate more than 100 new vaccine providers by sending doses to independent pharmacies throughout the state, especially in rural and underserved communities. 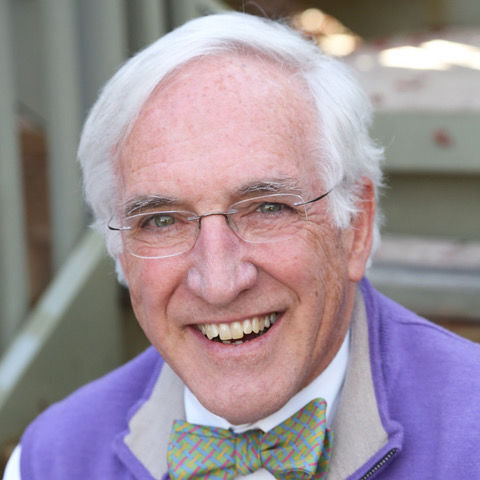 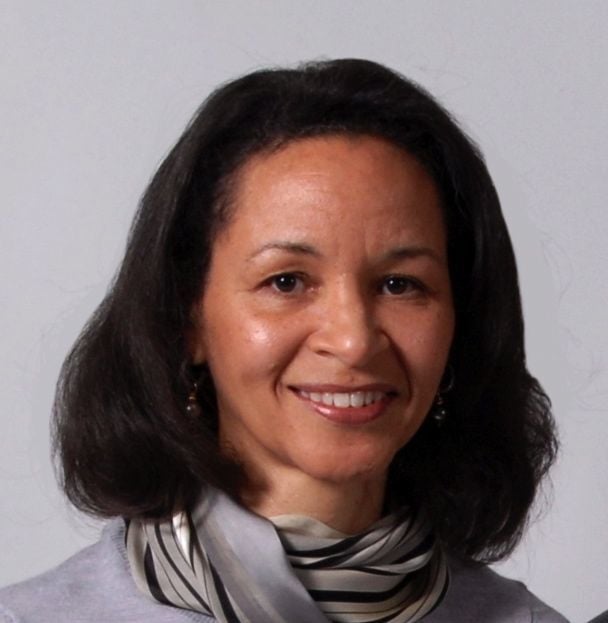 More locations across Greenwood and the Lakelands are providing COVID-19 vaccinations as supply increases and South Carolina works to enter phase 1b of its vaccination plan.

DHEC is working to activate more than 100 new vaccine providers by sending doses to independent pharmacies throughout the state, especially in rural and underserved communities.

About 2.7 million South Carolinians will be able to sign up for a COVID-19 vaccine starting Monday, and health officials are trusting that the right people will sign up to get it.

The state is moving into phase 1b of its vaccination plan on Monday, which extends availability to anyone age 55 or older, people with increased risk of severe COVID-19 disease through high-risk medical conditions and developmental or high-risk disabilities, frontline workers with increased occupational risk and people who live or work in a congregate living settings.

These new groups include people with current cases of cancer, chronic kidney or lung disease, heart disease, diabetes or a number of other medical maladies, as well as people who work in schools or day cares, manufacturing jobs, grocery stores and many more fields.

How will vaccine providers check whether someone seeking a vaccine qualifies under these guidelines? For the most part, they won’t.

“We considered if that would be a badge of employment from an employment setting or if they have a comorbidity if they’d get a doctor’s note,” Bell said. “We are making the assumption that individuals will review the criteria, will see if they meet this criteria, and they will self-certify.”

Self-certifying, or self-attesting, is similar to systems used in states such as New York, Massachusetts and Louisiana to distribute vaccines more widely, Bell said. It keeps the vaccination process simple for recipients and providers, and just takes having faith in the people seeking a vaccine not to jump the line.

“We’re asking South Carolinians to just be honest,” Bell said, “...and to realize how important it is not to jump the line, because it’s jumping the line that takes the vaccine doses away that could truly be life saving for someone that may be at higher risk.”

Hospitals and vaccine providers have been good so far about reaching out to the people identified in the state’s phased vaccination plans, Davidson said, and providers aren’t risking any penalty under this trust-based distribution system.

With phase 1b starting, DHEC said it expects phase 1c to start about April 12, with phase 2 starting in early May. Phase 1c will include anyone age 45 and older and essential workers, while phase 2 is everyone age 16 and older.

With the state’s Vaccine Advisory Committee, Bell talked about how the tightly defined population of phase 1a created some inherent disparities. Only health care workers, long-term care facility staff and residents and certain first responders and government employees were getting vaccinated, which meant some demographics went under-represented. As phase 1b expands access, she said DHEC will be watching the demographics of who gets vaccinated to ensure the vaccines are being equitably distributed as best the state can.

To start work on getting medicine to underserved areas, Bell said the state is receiving more than 41,000 doses of the Johnson and Johnson vaccine this week, and is working on a pilot program to get some doses to homebound people. The remaining doses from this shipment are going to be used to activate more than 100 new vaccine providers, mostly independent pharmacies.

Dr. Bob Saul, president of the state’s chapter of the American Academy of Pediatrics and vaccine advisory committee member, recommended that DHEC move to give people masks when they get vaccinated. This could be a way to educate people about the need to continue taking public health precautions even after getting vaccinated. Others agreed, and Bell said DHEC would look into it as a possible public education campaign.

Saul lives in Greenwood, and said he joined the advisory committee as a representative from the pediatric field. The committee is made up of experts in fields throughout the state that have a vested interest in how DHEC distributes vaccines, and Saul said they work to hear state proposals and provide feedback.

Since fall 2020, Saul has been involved in offering guidance and feedback. He said he’s expressed concerns over the lack of a comprehensive plan and public communication — though mostly at the federal level.

“My first thing to do was to listen, which is always a helpful exercise,” he said. “Sometimes the CDC would put out guidance that was reasonable, but some of the guidance was really difficult to understand.”

Parsing that guidance and adapting it to meet South Carolina’s needs has been part of the VAC’s job, along with using their position as local representatives to educate those they know on the state’s efforts.

“I understand the frustration we’ve all been through, but the people on the ground and DHEC have just been phenomenal,” he said. “I’ve been proud to be a part of it.”

During Wednesday’s VAC meeting, Bell laid out a major change that will shift away from a centralized committee. Instead, DHEC is moving toward having regional vaccine advisory panels to help with considerations for unmet needs in rural populations. The VAC will still meet as needed, but the goal is to move to a more regional focus. DHEC is still working through the details of how these panels will be organized, but they will include regional stakeholders and representatives from area health care providers and vaccine administrators, along with community organizations.

To get a vaccine

On Monday, South Carolina will enter phase 1b of its vaccine distribution plan, extending the medicine's availability to more people.

Phase 1b includes everyone age 55 or older, people with one or more high-risk medical conditions that create increased risk for severe COVID-19 disease, people with a developmental or other severe high-risk disability that puts them at increased risk for severe illness and frontline workers with increased occupational risk of exposure. To find out more about what qualifies people for phase 1b, visit scdhec.gov/covid19/covid-19-vaccine

To sign up for a vaccine at Self Regional Medical Center, fill out a vaccine request form at selfregional.org/covid-vaccine-request-form or call 864-725-3555 between 9 a.m. and 5 p.m. on weekdays.

To sign up for a vaccine at Abbeville Area Medical Center, email aahcvax@AbbevilleAreaMC.com, or call the appointment request line at 864-366-1647.

As the weather warms up and more people get eager to return to public life, state health officials are worried not enough people are getting the COVID-19 vaccine while spread of the virus doesn’t seem to be slowing.

Oscar predictions: Can anything beat 'Nomadland'?

Woman reaches for eyedrops but grabs glue instead