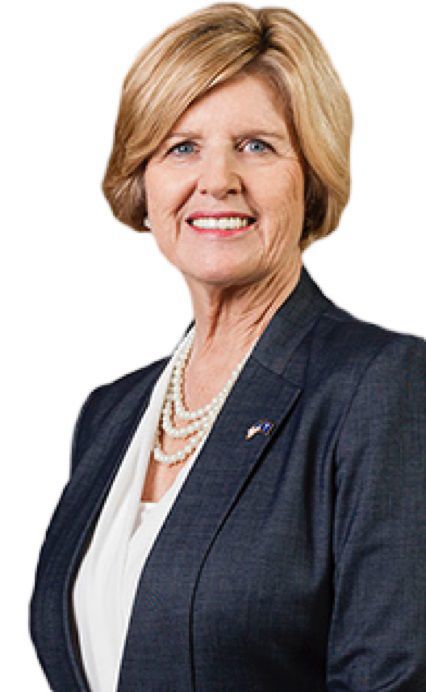 State officials have extended school closures through the end of April out of continued concerns about the coronavirus pandemic that is sweeping the nation.

In a joint release, Gov. Henry McMaster and state Superintendent of Education Molly Spearman said they were extending the closures by a month because “must remain closed to protect the health and safety of South Carolinians.”

McMaster initially ordered the closing of public schools, which includes state-run colleges and universities, on March 15 through the end of the month to curb the spread of COVID-19. The fast-spreading respiratory virus usually has mild symptoms but can be severe, especially for the elderly and those with certain underlying conditions.

An executive order has not been signed about the latest announcement, but McMaster said it was forthcoming.

In a Facebook post about the change from Greenwood County School District 52, Ware Shoals administrators said, “Our state superintendent will be providing guidance on student work soon, relaxing course and time requirements. We want students to continue learning but not be overwhelmed.”

Superintendent Fay Sprouse and District 51 administration hates the extension of the statewide school closures but understands that it’s “something that has to be done during this crucial time.”

Students learned earlier this week that they’ll have a reprieve from federally mandated testing during the closures after the U.S. Department of Education approved a waiver for the state.

Learning hasn’t stopped, however. Districts in the Lakelands and across the state have sent home packets and conducted classes online so instruction can continue despite schools being shuttered.

Greenwood County School District 50 announced that its schools will be open Wednesday for middle and high school students, or staff, who might need to pick up Chromebooks or essential items and material as schools will be closed for another month. Elementary students do not need to pick up Chromebooks as their distance learning packets are available on the district’s website and at their emergency feeding sites.

Julie Fowler, Abbeville County School District superintendent, said she and the district were “braced for the announcement of a school closing extension (because) of the daily SCDE and state superintendent briefings provided to district superintendents.” Fowler thinks the extension through April 30 could give students — particularly seniors — hope for the possibility of returning to school, having prom and graduation.

ACSD is currently preparing for the second wave of distributing instructional packets and eLearning plans to their students.

“The health and safety of the district’s students and employees is essential,” he said.

Lander University and Piedmont Technical College have already canceled in-person classes for the remainder of the academic year, and instead are teaching online.

Officials say pets likely cannot contract the new coronavirus. However, that doesn’t mean that some are not affected by its spread.

Nonessential businesses weigh in on order to close

Late Tuesday afternoon, Gov. Henry McMaster, issued an executive order mandating closure of nonessential businesses, as defined by the executive order, throughout the state in order to combat the spread of the COVID-19 virus. Affected businesses include a host of entertainment facilities, re…

Claude and Barbara Wright wanted to do the right thing and refund all schools that paid deposits for their charter buses to use on field trips that are being canceled because of the coronavirus pandemic. The co-business owners have already begun writing checks to the schools.

Which businesses are nonessential in South Carolina?

Avoiding contact with others is the key to stopping the spread of coronavirus. Non-essential businesses have closed. Restaurants are reduced to to-go and curbside service. Schools are closed.

Some services were ahead of their times

SIMPSONVILLE — We take for granted some of the things we do every day. In the times we find …

A week-plus into it, I'm sort of getting used to this working from home gig. Mind you, that'…

LAURENS — It looked like Walmart had prepared for an onslaught of looters or zombies, perhap…

CLINTON — Everyone has that coworker.

Your video conference has a mic mute button

SIMPSONVILLE — Technology is great. It is especially great during the COVID-19 pandemic.

This is the big one

For the nearly five years I spent at the Index-Journal, it was a conversation Matt Hensley a…

Is your waistline growing in captivity?

CLINTON — Working from home is creating a lot of personal growth. Unfortunately, it's mostly…

It's quiet. Too quiet

A happy but socially distant birthday

What a Tuesday it was.

For the love of peace, this is NOT a “coronacation.” And, forgive the words I may utter, or …

It’s awful quiet around the Index-Journal office these days.

And that's how we became the IJ bunch

CLINTON — We look like something akin to a shabby, celebrity-less "Hollywood Squares" or a B…

My writing partner while working from home

SIMPSONVILLE – I have a confession. I have some help with filing my stories from home.  I ha…

Like a lot of folks, I tweak my daily song selection to honor a beloved talent when their li…

It's hard to find humor in much of anything these days, but do so if you can. Laughter, as w…

Home schooled by a 2nd-grader

CLINTON — I'm not sure if you know this, but your child's teacher is endowed with near-endle…

SIMPSONVILLE — Staying at home, whether because of working remotely or just to stay away fro…

A time that one day I'll miss

A quiet newsroom is no newsroom at all

CLINTON — Journalists are social creatures. We talk. A lot.

Social distancing? It's a radio world

This work-from-home plan is on its third day for me. I didn't even make it through the weeke…

Trump talks with US pro sports leaders to discuss virus

The week that was: Stories from the coronavirus saga

The Latest: Grandmother of Baylor star Ursin dies from virus