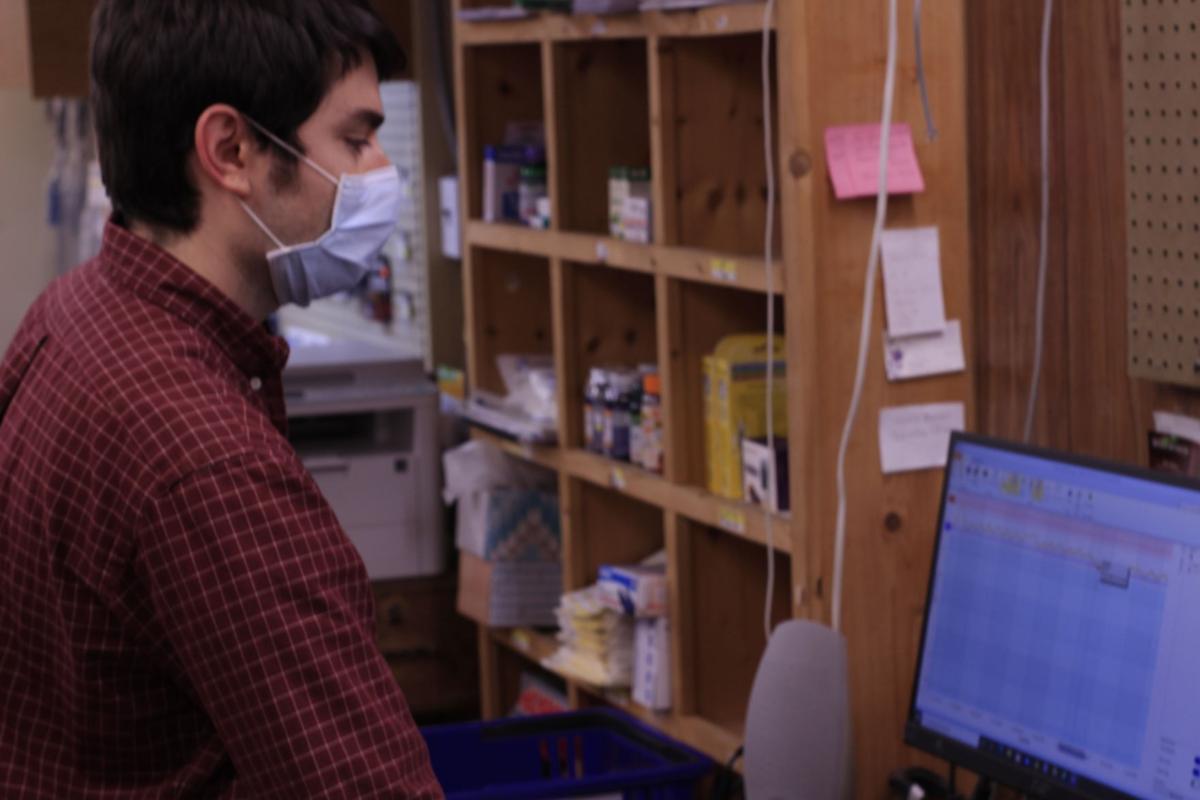 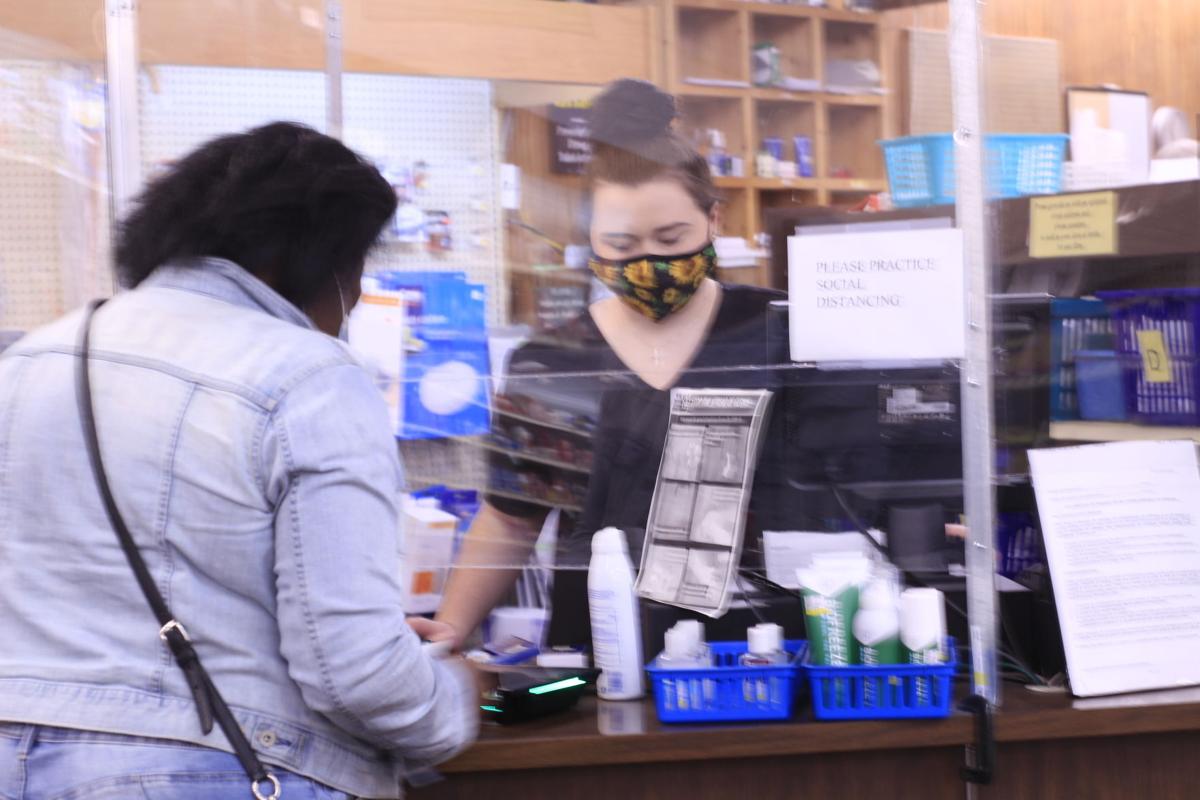 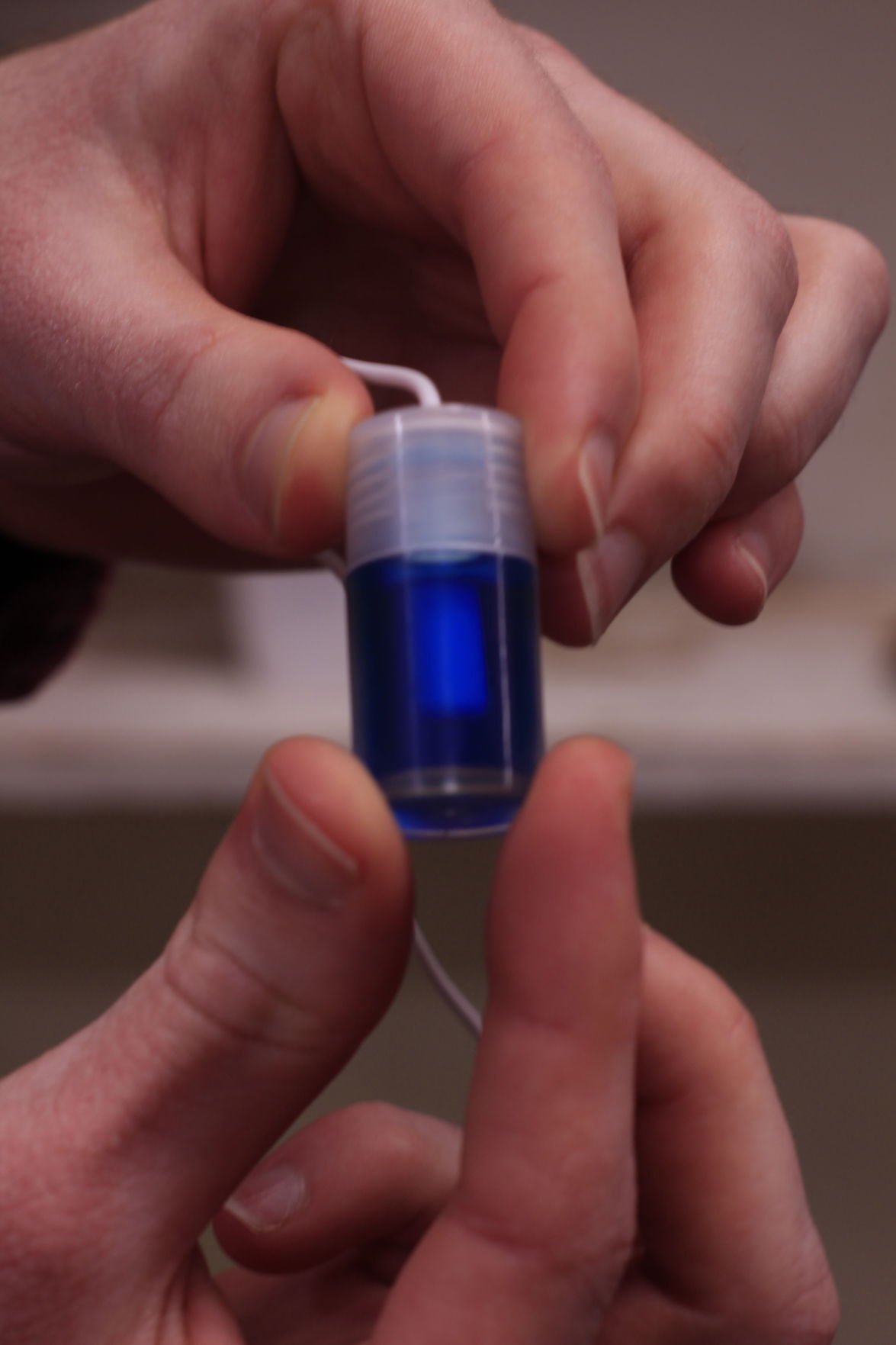 A sensor on the data logger that is referred to as a "buffered temperature probe." It is used to measure the temperature of the actual vaccine rather than the air. 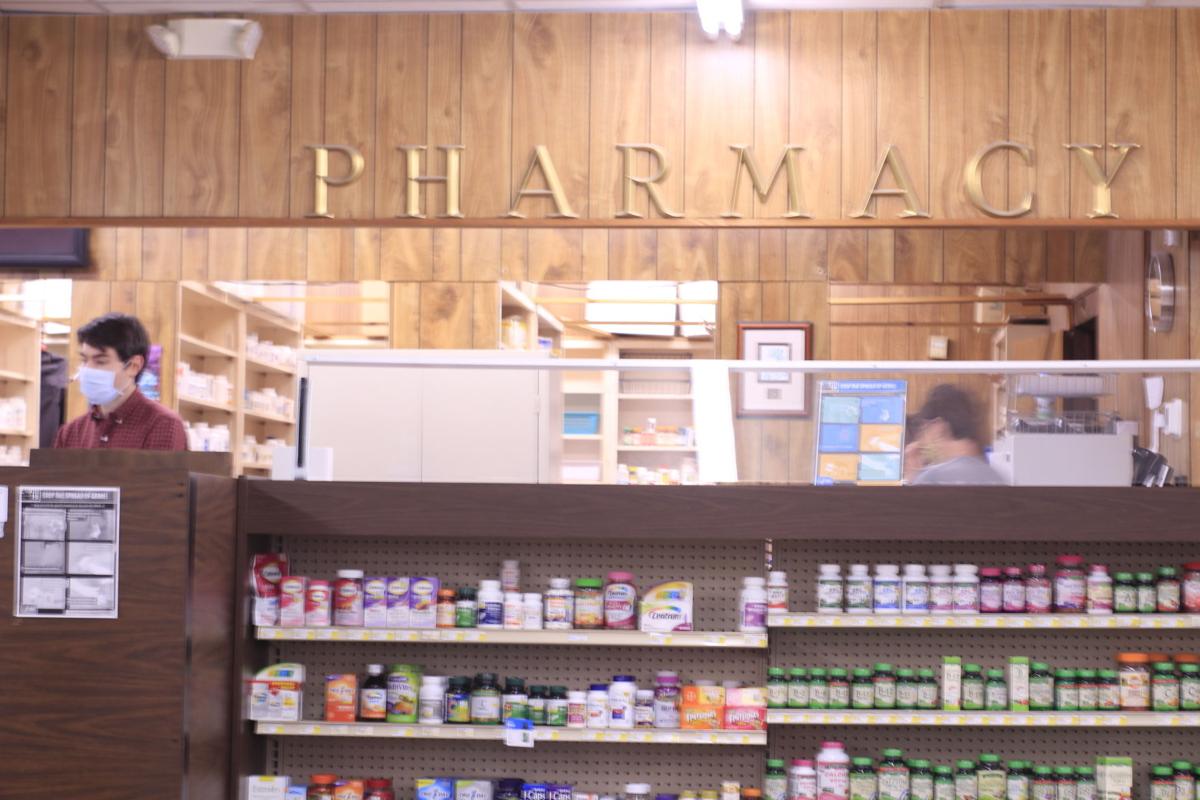 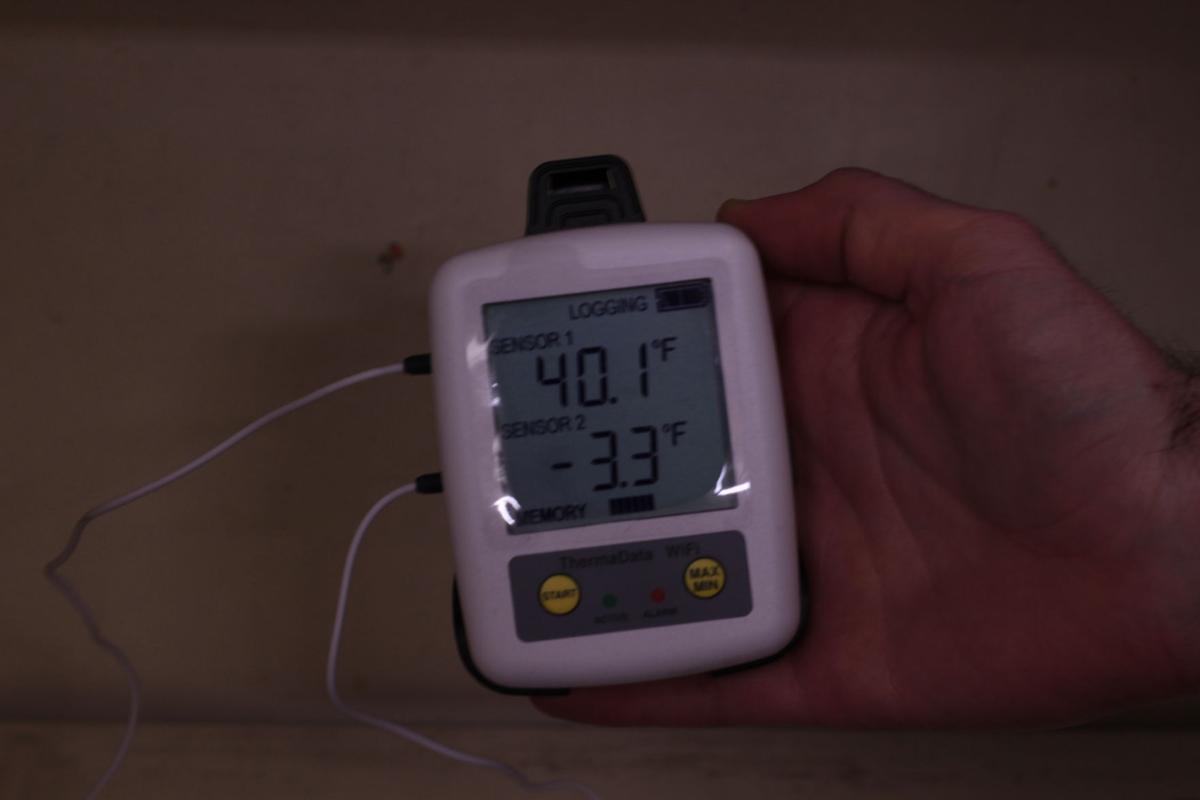 A data logger that measures the temperature of the freezers used to store vaccines. 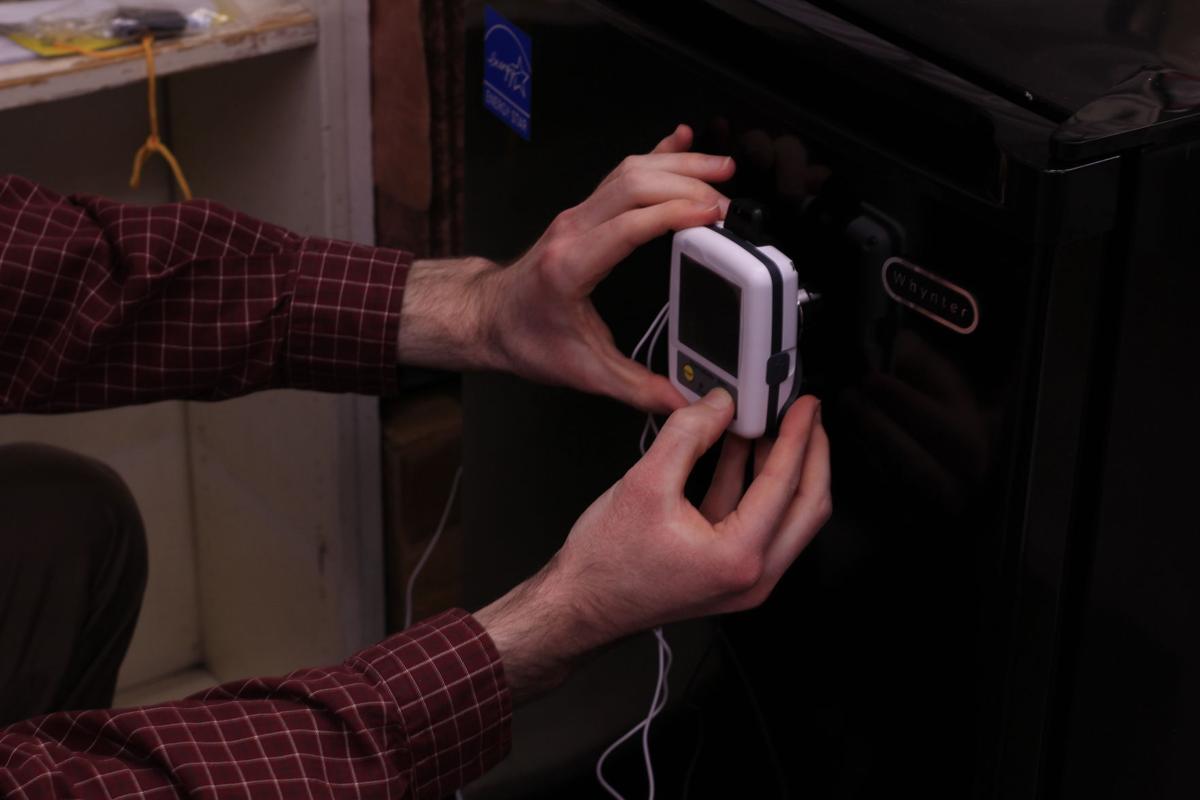 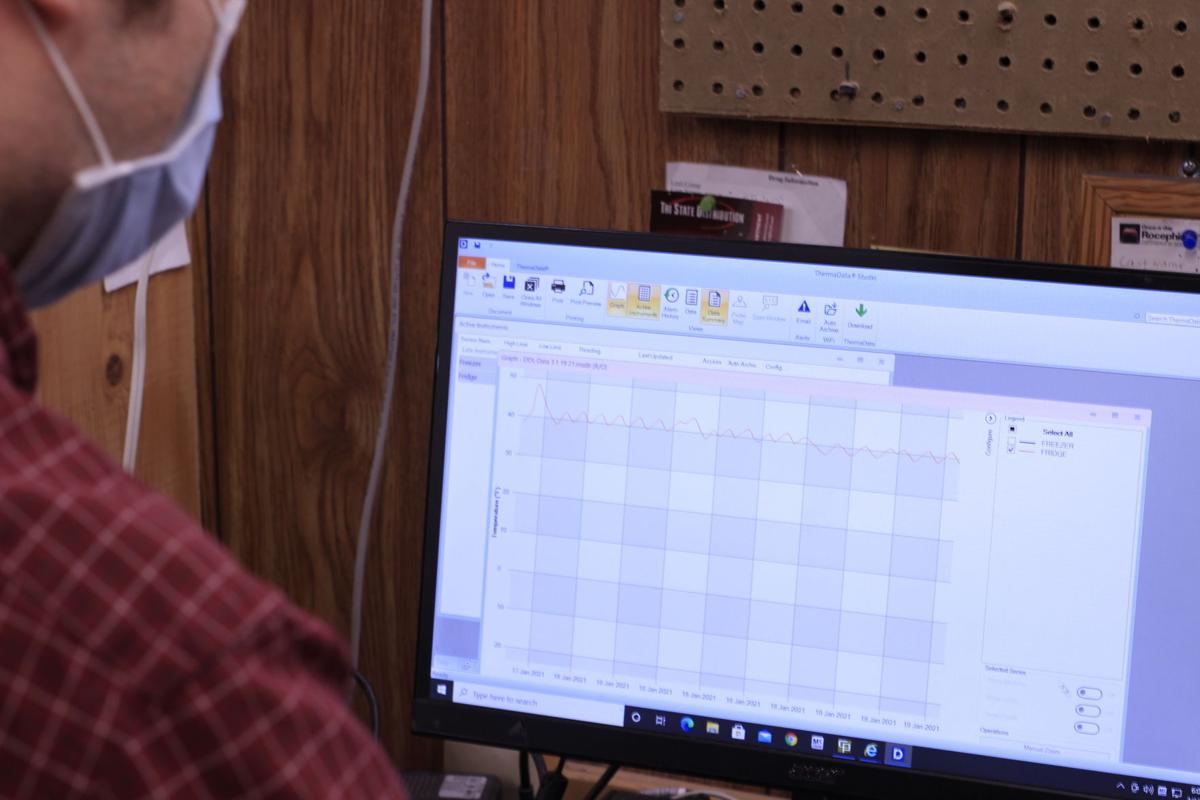 A sensor on the data logger that is referred to as a "buffered temperature probe." It is used to measure the temperature of the actual vaccine rather than the air.

A data logger that measures the temperature of the freezers used to store vaccines.

He couldn’t get his work done any other way because Strom’s is the only pharmacy in McCormick, and he and his co-workers are inundated with work.

The debate about access to medication usually focuses on cost. The coronavirus pandemic has shined a light on a different problem: pharmacy deserts.

A pharmacy desert is a community that has limited access to transportation, and where pharmacies are more than a half-mile away, Serge Afeli, associate professor of pharmacology at Presbyterian College, said.

Also, when too many people rely on a single pharmacy, that creates a pharmacy desert, he added.

There are five counties in South Carolina that are considered pharmacy deserts: Abbeville, Allendale, Hampton, Lee and McCormick.

“Pharmacies have no interest in growing particular areas just because of the fact that there’s not enough people who live there,” Afeli said.

Oftentimes, pharmacy deserts happen in areas where people cannot afford to pay for medication, he said.

“Investing millions of dollars to open a pharmacy, you want to be able to make some return on that investment,” Afeli said.

In the age of COVID-19, a pharmacy desert can quickly become a vaccine desert — an area where people will have trouble getting vaccinated — especially since the Centers for Disease Control and Prevention will rely on pharmacies to administer the vaccine for the novel coronavirus.

“People who live in those areas are going to have a hard time getting vaccinated,” Afeli said. “If people don’t have access to transportation, it will be difficult for them to get to the pharmacy.”

Afeli said there is a solution to vaccine deserts — a mobile vaccine distribution center, similar to how blood donation companies do mobile blood drives, a bus or similar mode of transportation that would go to communities without access to a pharmacy.

“I think that could be a solution,” Afeli said. “It would serve remote areas and communities that find themselves in a pharmacy desert.”

“We want to make sure not a single drop goes to waste,” Holloway said.

“We will have appointments set up to make sure no dose goes to waste,” he said.

The Moderna vaccines, once punctured, only last six hours at room temperature.

Pharmacies might also find themselves with a heavy workload, filling prescriptions, dealing with insurance companies and doctors, and now vaccine administration, procurement and storage.

Pharmacies such as Strom’s in McCormick have had to make adjustments in order to provide vaccines to the community. McCormick residents who qualify for the vaccine have been getting them at hospitals because, in order to be compliant, they had to purchase equipment. They won’t begin vaccinating residents in McCormick until Phase two, which might begin in March or April.

“We had to buy a stand-alone freezer,” Franks said. “We have a combo one but it doesn’t maintain the right temperature.” The temperature has to be between -13 and 5 degrees Fahrenheit to maintain the vaccine.

Franks also spoke of how it was difficult to procure a freezer — because other pharmacies are looking for them as well.

Along with buying a freezer for vaccine storage, Strom’s also had to purchase data loggers, devices that monitor the temperature of the freezers that contain vaccines. If the freezer falls out of range for any reason, it will alert pharmacy staff. These cost $200-300 each.

“These data loggers will continue alarming until addressed by staff even if temperatures go back in range,” Holloway said. “This is so if it is during the night or on a weekend we know if something was abnormal.”

Franks also keeps frozen bottles of water in the freezer, to help maintain the temperature from when the doors are repeatedly opened. The CDC refers to this as a “thermal ballast.” It also helps in case of a power outage.

Franks said that being the only pharmacy in McCormick isn’t a bad thing, as he enjoys getting to know his customers.

“It’s that first name basis type of thing,” Franks said. “I feel like I make a difference, helping people with their medications because I have more time to talk to them.”

As the weather warms up and more people get eager to return to public life, state health officials are worried not enough people are getting the COVID-19 vaccine while spread of the virus doesn’t seem to be slowing.

Oscar predictions: Can anything beat 'Nomadland'?

Woman reaches for eyedrops but grabs glue instead