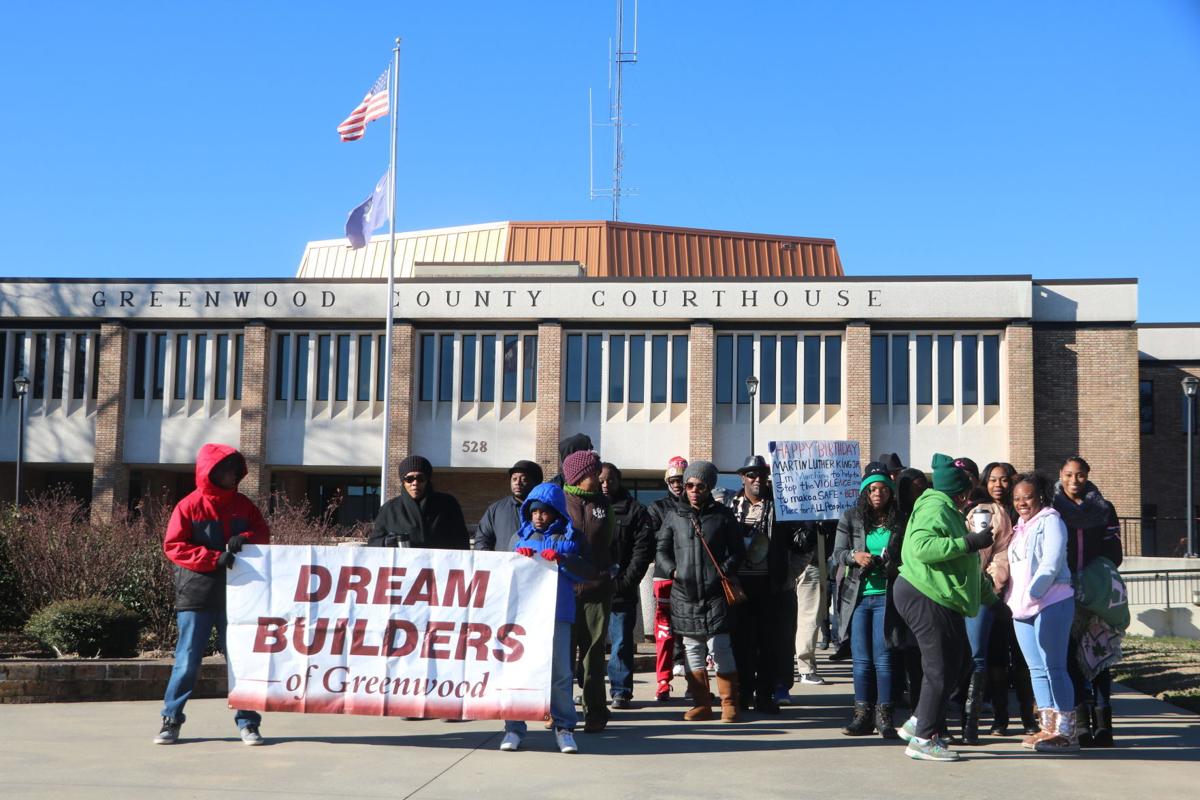 Mentoring organization Dream Builders usually hosts an annual MLK Day march, like this one shown in 2019, but is postponing the 2021 march amid concerns it could spread COVID-19. 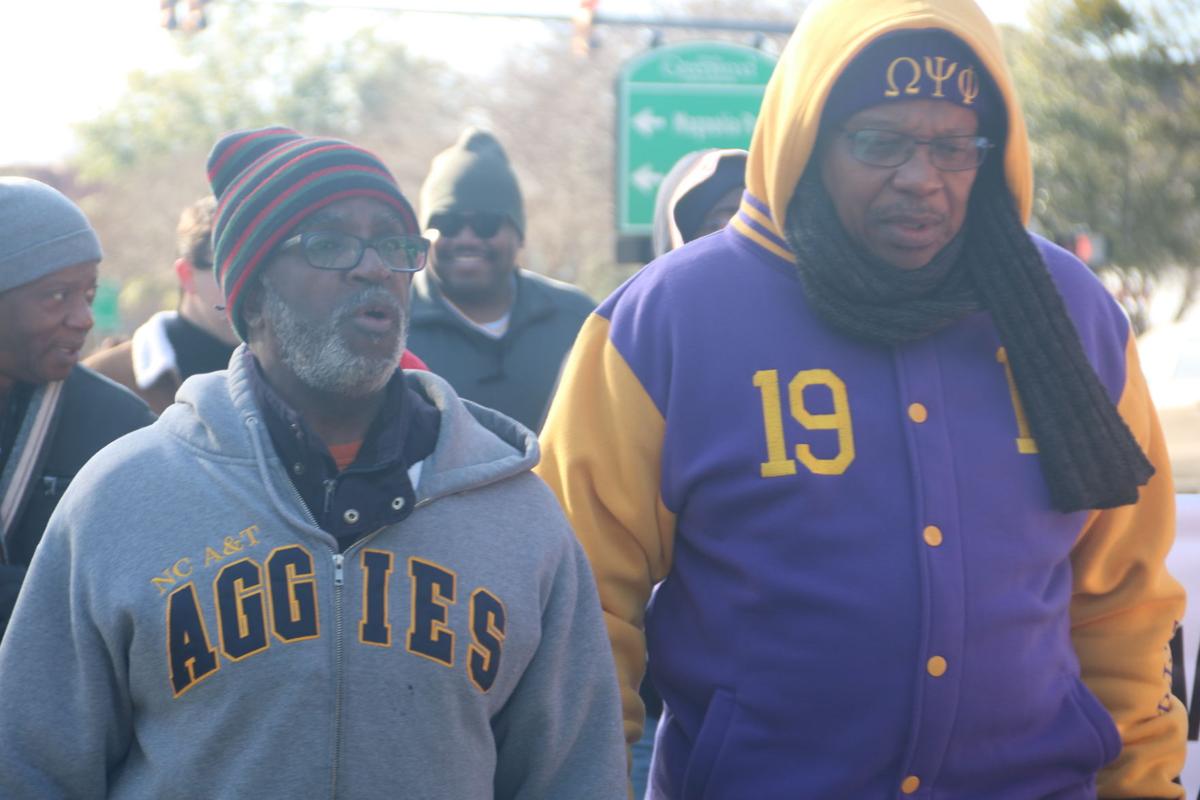 Donald Burton, left, said the annual MLK Jr. Day parade organized by his group, Dream Builders, will be delayed amid concerns it could become a COVID-19 super-spreader event.

Mentoring organization Dream Builders usually hosts an annual MLK Day march, like this one shown in 2019, but is postponing the 2021 march amid concerns it could spread COVID-19.

Donald Burton, left, said the annual MLK Jr. Day parade organized by his group, Dream Builders, will be delayed amid concerns it could become a COVID-19 super-spreader event.

To keep a dream of unity from turning into a super-spreader event, the people behind the annual Dream Builders of Greenwood Martin Luther King Jr. march are delaying it.

“We’re looking at the numbers. I had COVID, and some other folks I know have had COVID,” said Donald Burton, co-founder of Dream Builders. “We just said that maybe it may not be a good time.”

The annual march has gone on despite biting cold and inclement weather in recent years, with crowds of more than 50 people each year marching from the Greenwood County Courthouse to Weston Chapel AME Church on East Cambridge Avenue. It’s brought together people of all ages, creeds and races to celebrate learning from history and unifying through the messages of the civil rights movement.

The march in 2020 took place Jan. 20 — the same day the Centers for Disease Control and Prevention identified its first U.S. COVID-19 patient in Washington state. Since that first diagnosis, more than 22 million people have contracted COVID-19 in the U.S, with more than 373,000 of them dying.

Burton said he contracted it a while back, and experienced mild symptoms. However, he’s known several people who have died of the virus.

“I don’t see the numbers dropping anywhere between now and Monday,” he said. “We didn’t want to have that on our hands, that someone came and our event became a super-spreader.”

Burton said he’ll work with other civic organizations to plan an event later in the year, with a date and details to be announced later. Until then, he said, he just wants people to stay safe.

Andy Hartung, Self Regional Healthcare's assistant vice president and chief information officer, said the process of organizing and operating Self's COVID-19 vaccination clinic is like other hospital processes, it's a constant effort to streamline and make things more efficient. Staff are le…

Self continues to expand vaccination clinic amid high demand

Offices and cubicles transform into a clinic as needed, and the crews behind Self Regional Healthcare’s vaccine clinic have turned a former business office into the hub of immunization against COVID-19.

Nearly 100 cases of COVID-19 have affected employees at Eaton’s electrical facility in Greenwood County in the past year.

This week, Greenwood County School District 52 has received reports of seven people testing positive for COVID-19, while five await test results and 30 are quarantined, the district said in a Friday afternoon release.

As vaccines begin to trickle into the arms of state residents and novel coronavirus cases remain high nationally and throughout the Palmetto State, a fifth Index-Journal employee has tested positive for the respiratory virus. The first positive case at the newspaper occurred in July.

At 78 and the oldest president, Biden sees a world changed

Kitzbühel downhill moved to Sunday because of rain, snowfall

Thousands of Hong Kongers locked down to contain coronavirus

Trump shuns 'ex-presidents club' — and the feeling is mutual

Parise gets winner for Wild in home opener over Sharks, 4-1

Wolves given FA Cup fright by 6th-tier side before advancing