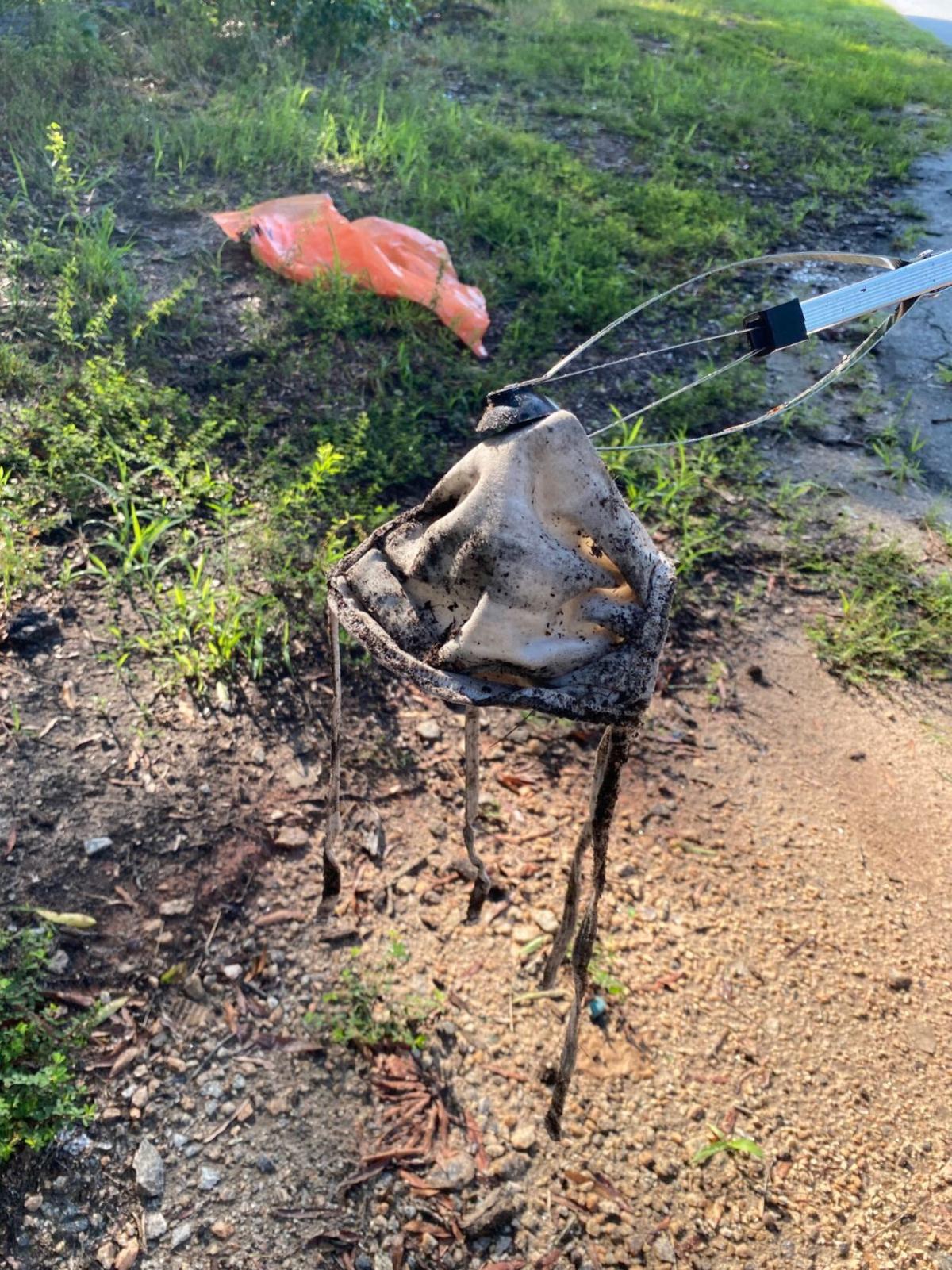 Cloth and surgical masks have been turning up in the litter picked up by Greenwood County Litter Coordinator Maggie McMahon’s volunteer cleanup crews. 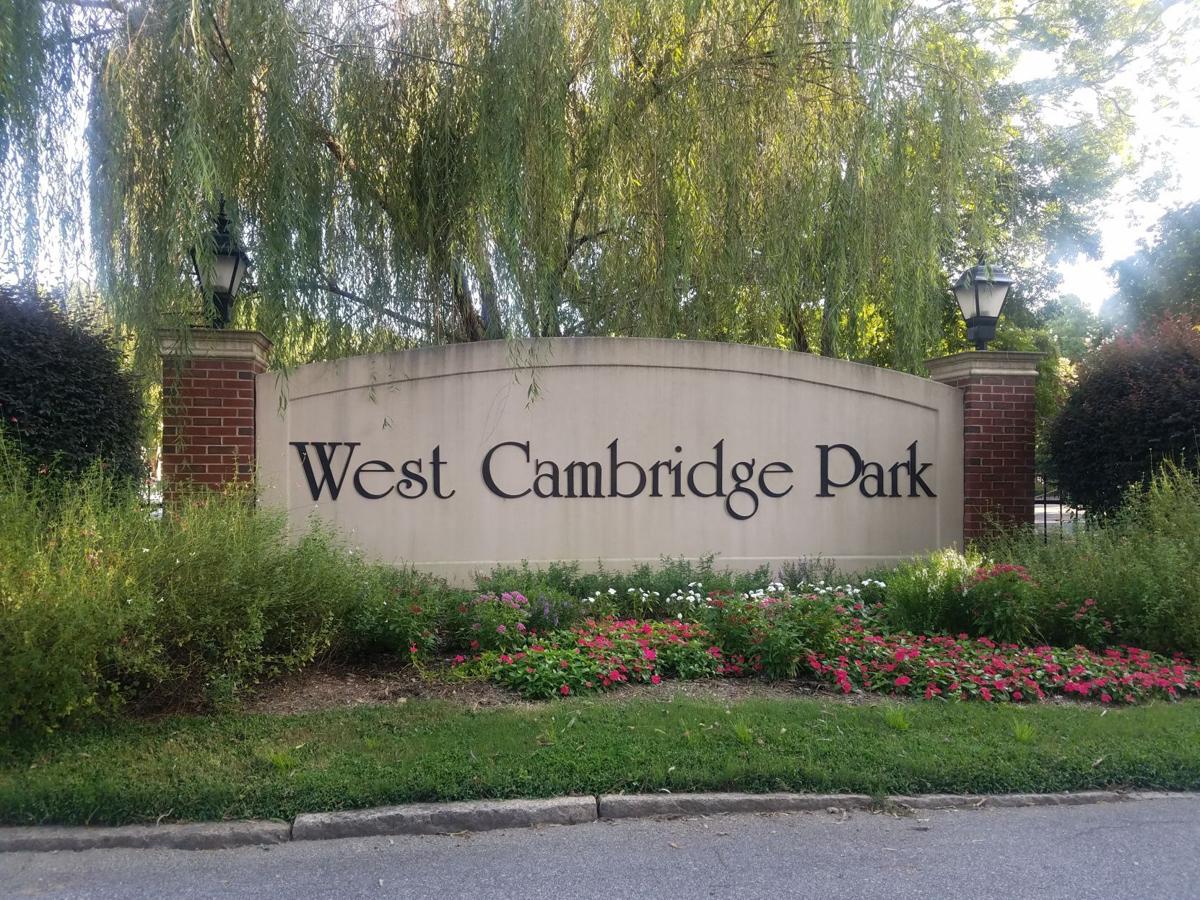 Cloth and surgical masks have been turning up in the litter picked up by Greenwood County Litter Coordinator Maggie McMahon’s volunteer cleanup crews.

Your mask might be disposable, but that doesn’t mean you can dispose of it anywhere you want.

Maggie McMahon, Greenwood County’s litter prevention coordinator, said she’s seen an increase in masks and gloves in the litter pickups she’s organized. A recent clean-up in West Cambridge Park had volunteers picking up trash discarded along the trails and by the swing sets, and McMahon said they noticed more PPE-related litter.

“I think it’s just because people are getting careless about it,” she said. “It’s disgusting, because it’s not just a food wrapper you’re littering, it’s something that could potentially have coronavirus on it.”

She’s noticed PPE in parking lots, too — gloves on the pavement at gas stations and blue surgical masks trampled outside of stores.

“If they have gloves on pumping gas, they don’t throw them in the trash can, they just toss them out the window on the way home,” she said. “People who litter aren’t concerned with what it does to the environment or the people picking it up, but maybe getting it out there will make people more aware.”

McMahon organizes volunteer litter pickup events, and at each clean-up, they wear gloves and use pickup sticks to avoid contact with the garbage. The sticks aren’t shared, and after use they’re quarantined for three days and disinfected, to prevent the spread of anything collected during the event.

These safety procedures, along with social distancing measures, were put in place earlier this year to keep litter pickups safe for volunteers.

Heads of city and county public works departments said they haven’t run into many problems with PPE-based litter, nor had Greenwood Parks and Trails President Billy Nicholson. But Nicholson said there’s always a concern over litter at the parks throughout the community.

Recently, the volunteer labor that works many of the local parks have put out trash cans, but Nicholson said often when people see trash cans, they dump unrelated garbage in them.

“I think it’s a natural tendency, if you go into a convenience store you’re emptying your car of trash,” he said. “Trash cans invite trash. There’s people who say why don’t you have more trash cans around the park, but I think trash cans can create trash.”

Instead, he said the parks the group promotes have signage encouraging people to take any trash they bring or create home with them and dispose of it there. This, along with not placing many trash cans around, can reduce the number of people who dump garbage into trash cans at a park run with volunteer labor.

“It’s a way of participating and contributing in your local parks because we have a small group of people trying to maintain them without tax dollars,” he said.

Up to three quarters of Greenwood County School District 50’s students are expected to be back to face-to-face instruction next semester, according to district officials.

State health officials recorded 1,072 new confirmed cases and 95 new probable cases of the novel coronavirus on Thursday, South Carolina's highest daily tally in six weeks, as cases tick up in the Palmetto State and across the country.

UK to infect healthy volunteers to speed up vaccine efforts

Back in the bubble, Chinese Super League into playoff stages

Another rider positive as Giro heads toward uncertain finish

What are the treatment options for COVID-19?

The Latest: Fishing crews arriving in New Zealand have virus

Deadline looms, but COVID relief deal may be far off