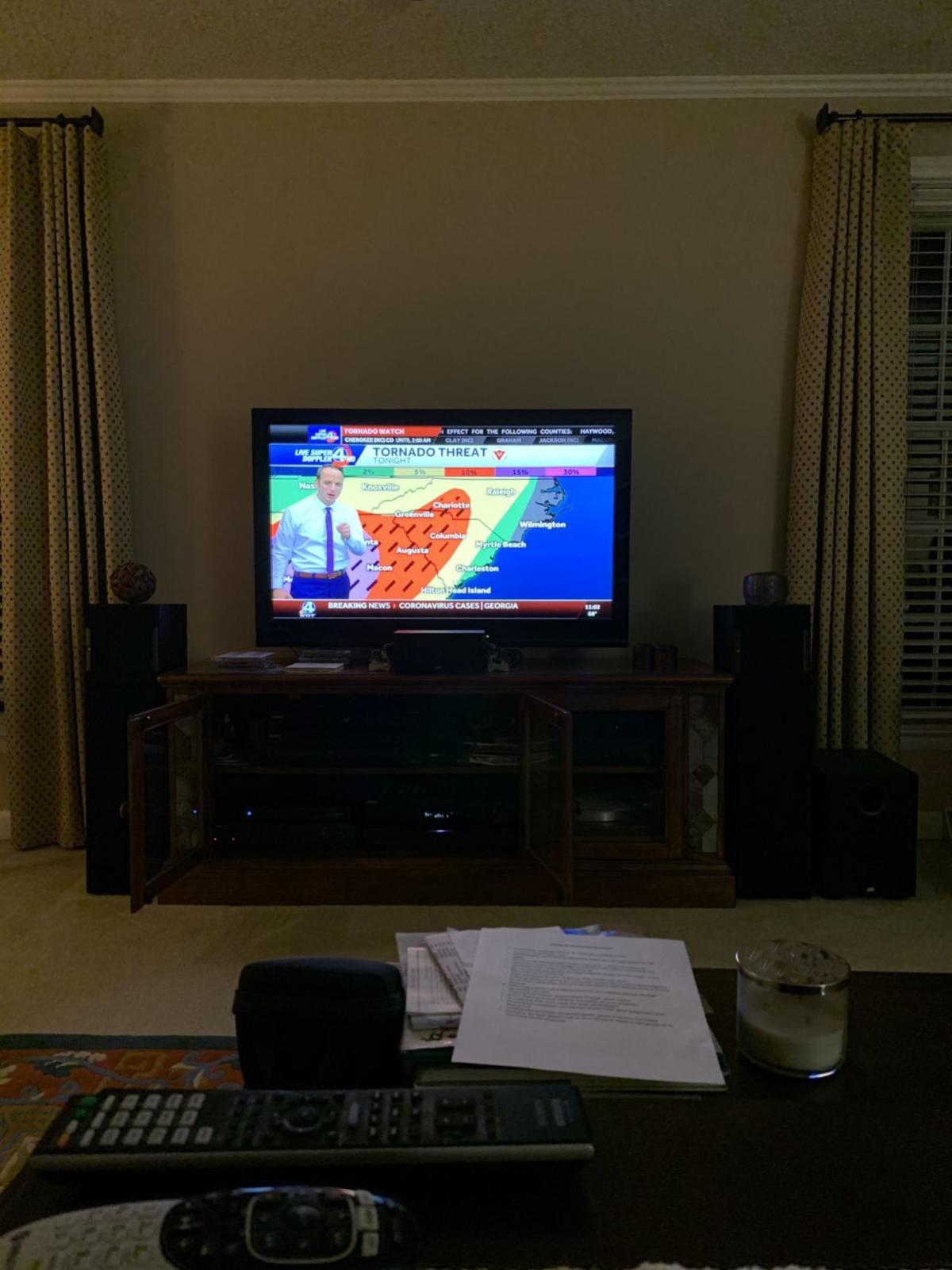 Thanks, Chris Justus, for the instructions to be on weather watch duty. Sleep's overrated anyway, right? 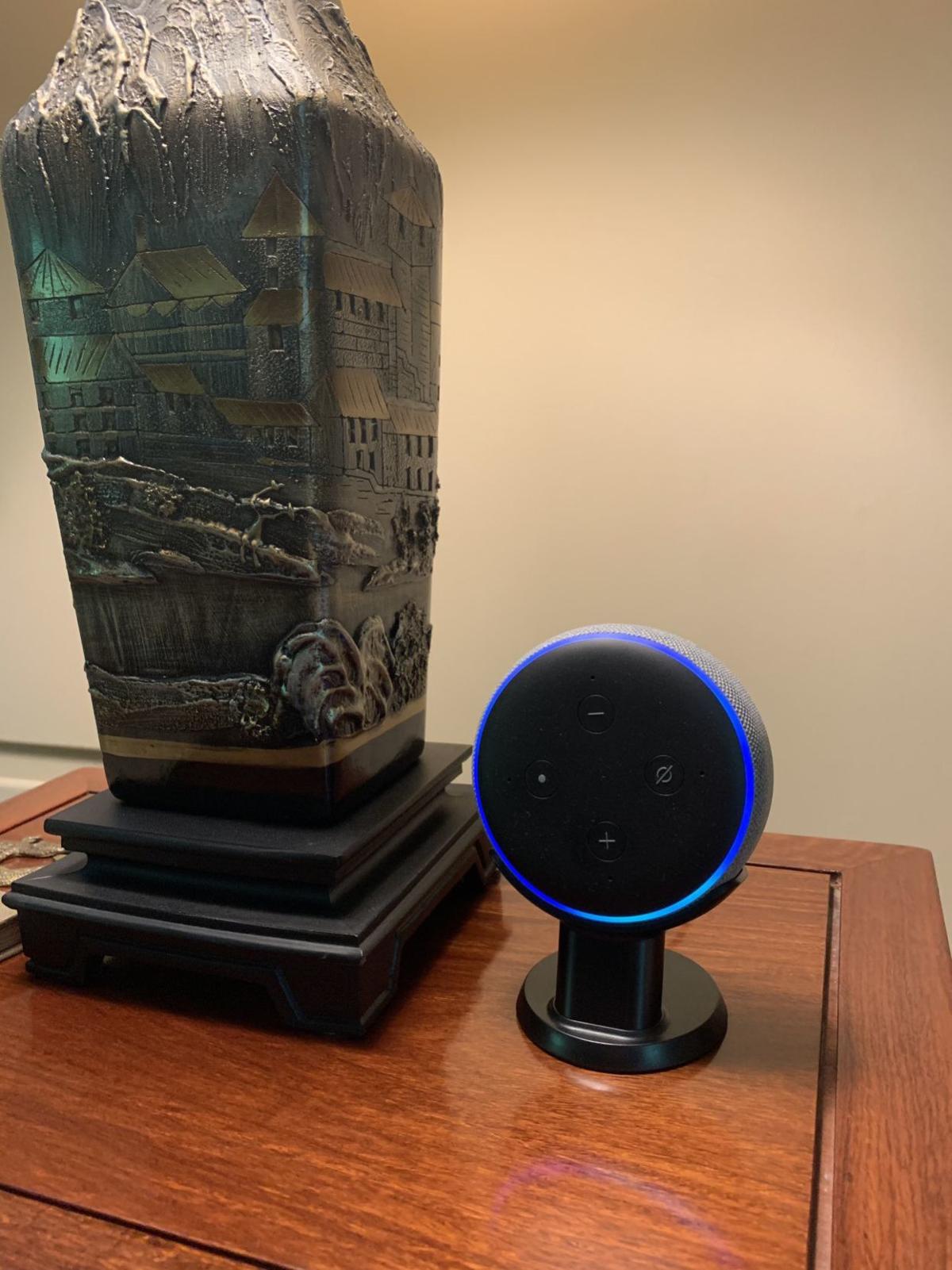 Alexa, what channel is The Weather Channel on? Oh, and thanks for chiming in with Code Red to tell me there's a tornado watch.

Thanks, Chris Justus, for the instructions to be on weather watch duty. Sleep's overrated anyway, right?

Alexa, what channel is The Weather Channel on? Oh, and thanks for chiming in with Code Red to tell me there's a tornado watch.

That was fun for a number of us, wasn't it?

It's not enough that most of us are more than a little anxious about these COVID days. It's not enough that many of us had to adjust to a most unusual Easter celebration. And instead of getting to bed at a reasonable hour and be ready for a new normal work week, we had to wait up and watch WYFF's Chris Justus tell us all hell was likely going to break loose during the wee hours of the morning and that we need to appoint a person in the household to take the first weather watch.

Well, Chris, after the scare that a possible tornado was hitting northern Greenwood County — too close to home for me — I settled into bed in an effort to get some rest. And that's when Alexa nearly made me bolt upright. I had forgotten that on one occasion recently when I asked Alexa for the day's forecast, she asked me if I also wanted her to give me weather alerts. "Sure," said I, without giving it another thought. Until sometime early this morning, that is.

The Code Red alert system is great and is probably sufficient with its blaring call, text and email alert system. Add Alexa to the mix and it's really a wonder the bedsheets didn't need changed this morning.

It happened twice, too. Plus, the lightning and accompanying thunder were nearly as effective as Code Red. I ventured into the living room, turned on the TV and wondered why I was momentarily mesmerized by Larry King interviewing an elixir-touting fish oil salesman in an infomercial. It had to be based in fact because, one, it was Larry King doing the interview and, two, he had his signature microphone on the table where they sat for the interview.

All I saw was the standard warnings scrolling across the screen and so it was time to tune into the Weather Channel. I don't have that darn number memorized and rather than scroll through the guide, I turned to my trusty weather sidekick, Alexa, who immediately could announce what channel I needed to key into the remote.

After a few minutes, I figured I'd hit the sack again and simply leave the TV on and volume down, in case I had to jump up yet again before it was time to get up and start the day. And then it happened. A light flashed, the bedroom Alexa spun a multi-colored light and all was dark. Really, really dark.

It was a power outage, but at least it wasn't accompanied by the sound of a freight train roaring by. So I turned to the cellphone to set a wakeup alarm. Good ole Duke Energy came through before the phone alarm was set to go off. And that meant all sorts of lights came on, appliances kicked on and a smoke detector beeped, trying to keep time with the ADT alarm system alerting us to the fact it was without power.

What a great start to the week. How about you?

My first dance with MJ and ‘The Last Dance’ during pandemic

From telecommuting to the new public home school model, a growing number of us are homebound for the foreseeable future as we take unprecedented steps to slow and hopefully stop the spread of the new coronavirus that is sweeping the world. This blog is our attempt to catalog some of the daily changes we are experiencing together. If you want to share your story with us, email us at newsroom@indexjournal.com.