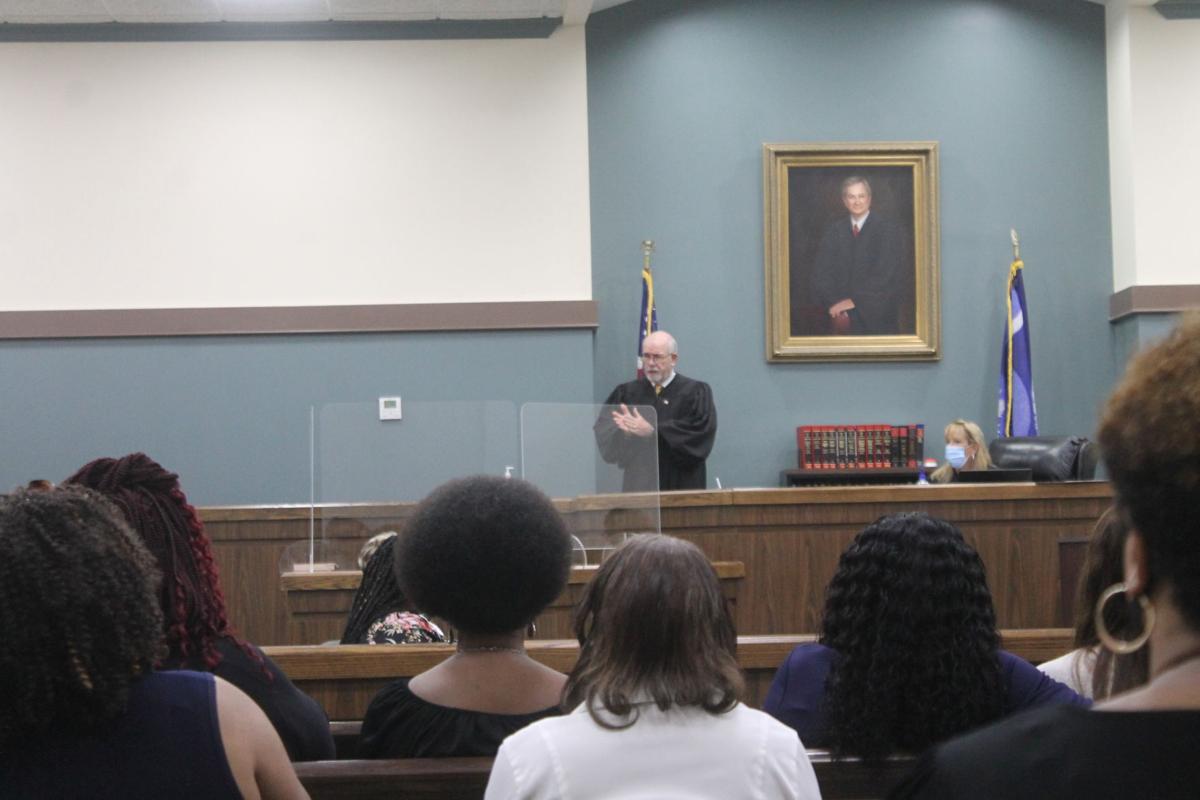 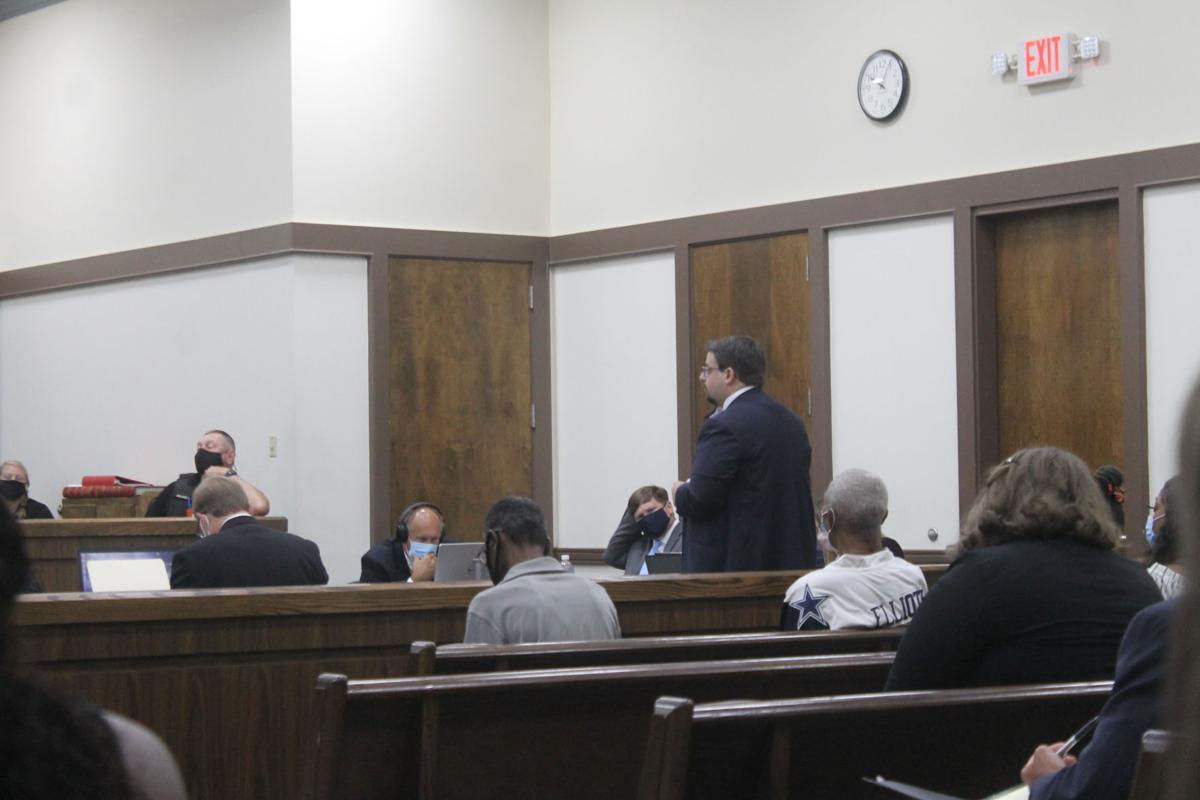 “We are pleased to announce that Monday afternoon a jury of twelve Laurens County citizens was selected for a homicide trial this week,” 8th Circuit Solicitor David Stumbo said in an emailed statement. “This marks the first trial by jury held in the State of South Carolina since such trials were suspended by Court Administration in mid-March.”

The courtroom was crowded with families, lawyers and law enforcement eager to start the first trial in months.

Half of the courtroom was filled with new lawyers who were watching the trial to gain trial experience.

Two rows were filled with the family of Sergio Lindsey. On the opposite side of the courtroom sat a few family members of Lutavious Elmore, who is charged with murder in Lindsey’s death.

When the proceedings began on the record, state Supreme Court Chief Justice Don Beatty slipped into a seat in the back of the courtroom.

Beatty said he was there to make sure the precautions he outlined in his order were being followed. He left after opening statements, satisfied that things were in order.

Observers were seated three per row, except for family members of the victim and defendant, who were allowed to sit closer together.

The witness box was surrounded by a glass shield and the lawyers for both sides sat on the opposite side of the courtroom from the jury.

Masks were worn by everyone in the courtroom and bailiffs were in charge of making sure masks were being worn properly. Several times on Tuesday, a bailiff would ask an observer to make sure the mask covered the person’s face.

Before the jury was seated, Circuit Court Judge Donald Hocker ruled on a pretrial motion. Then Hocker brought in the jury and swore them in to begin the first jury trial in months.

By 1 p.m., the jury heard opening statements from the prosecution and defense. The jury also heard the prosecution’s direct examination of an eyewitness.

Stumbo said he thinks courts in the Lakelands are an example for courts around the state.

“We are hopeful that Laurens County and the Eighth Circuit will lead the way in working toward the resumption of normal court operations across South Carolina in the coming months,” Stumbo said.

Greenwood County recorded a confirmed and a probable COVID-19 death on Wednesday, moving the county's tally of confirmed deaths to 61 and probable deaths to eight.

Thursday night’s opportunity to sip, stroll and soak up history through Wild Hare Production’s Monologue’s on Main Street is likely to be canceled because of projected thunderstorms and heavy rainfall, according to guest artist Keith Jameson.

Greenwood Community Theatre announced Wednesday its cabaret fundraiser is postponed, “due to several health concerns and possible COVID exposures among our cast and crew.”

Pushed to the limit, Djokovic finds a way to win in Rome

US stocks fall as another bumpy week of trading nears end

The Latest: Irish rugby ‘under threat’ without spectators

On Football: Sounds of Silence for radio broadcasters

Slovenia on edge as 2 homegrown riders fight for Tour win

Push is underway to test COVID-19 vaccines in diverse groups