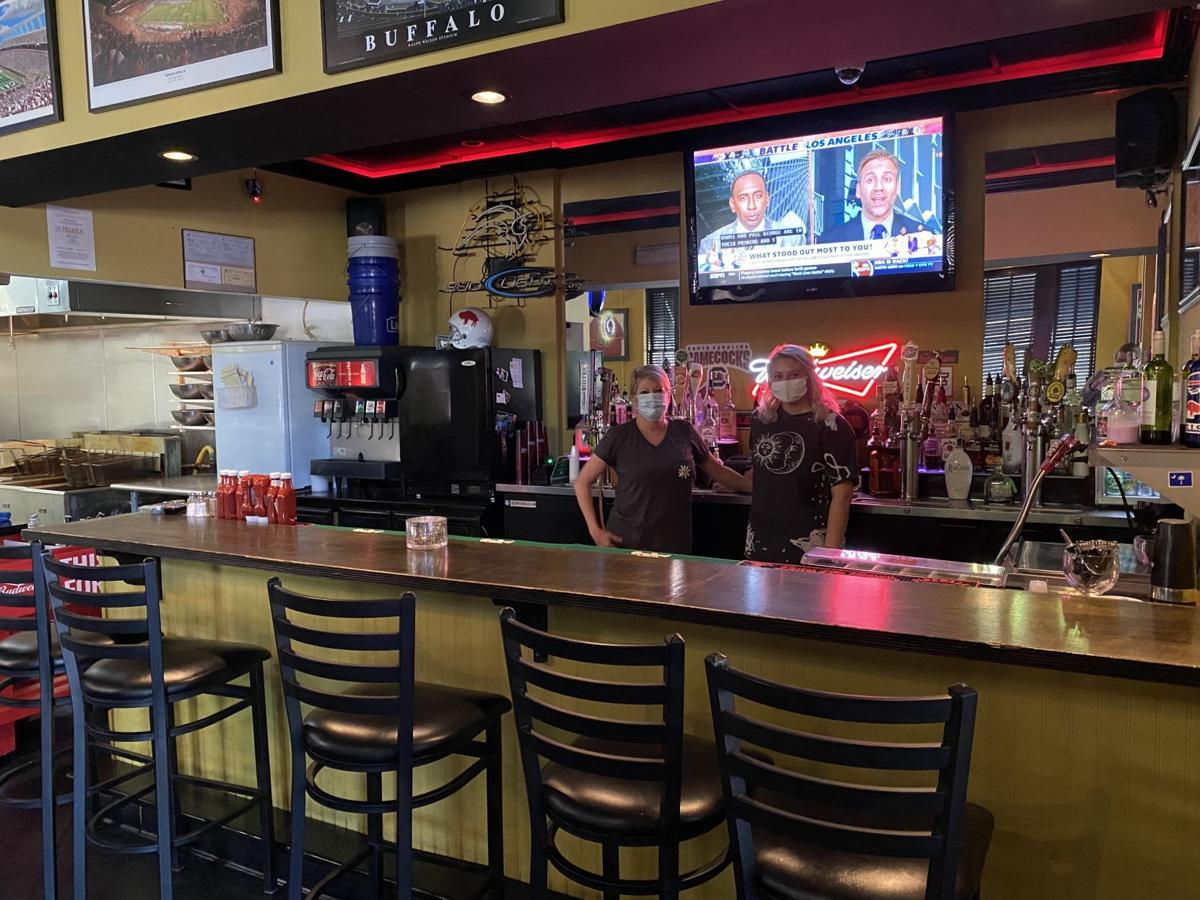 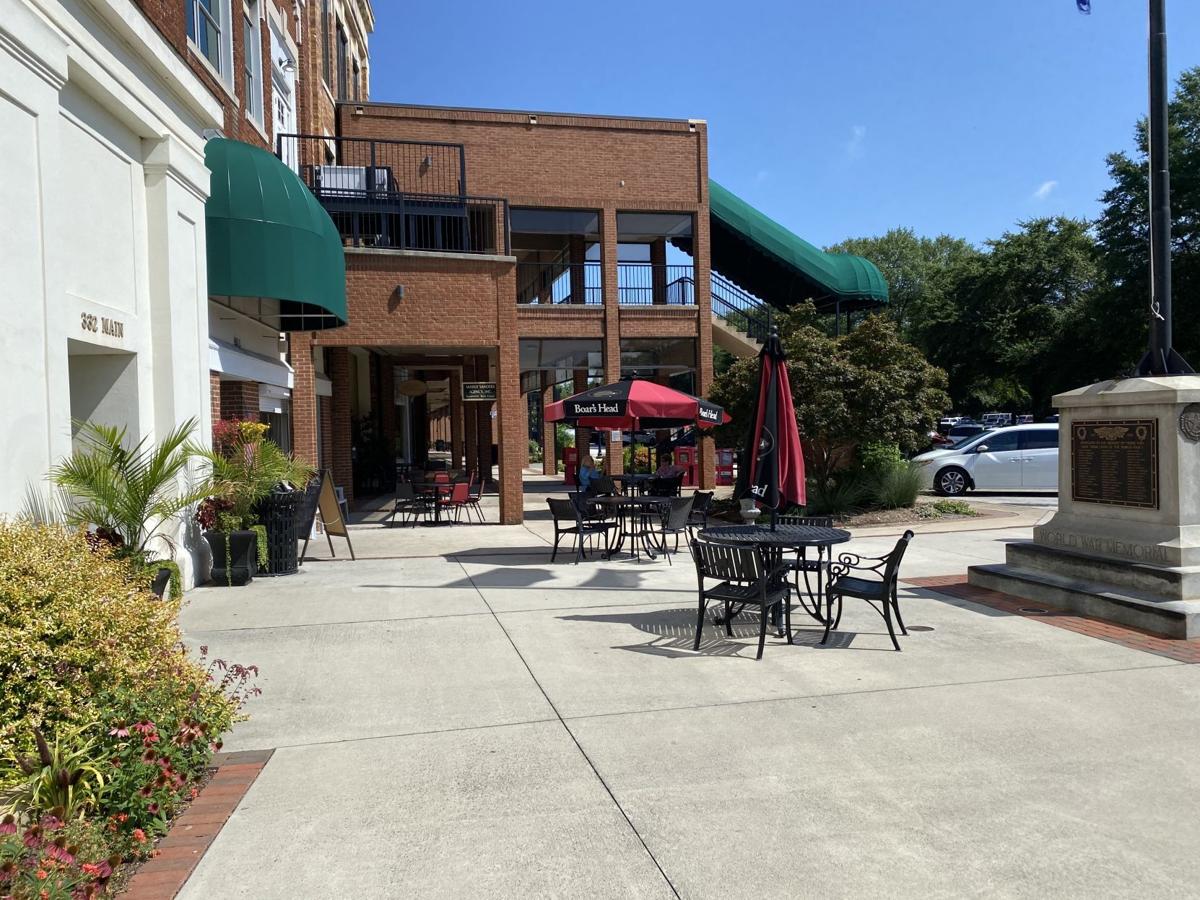 Howard Corley said he will have more seating outside at Howard's on Main when new regulations hit Monday. 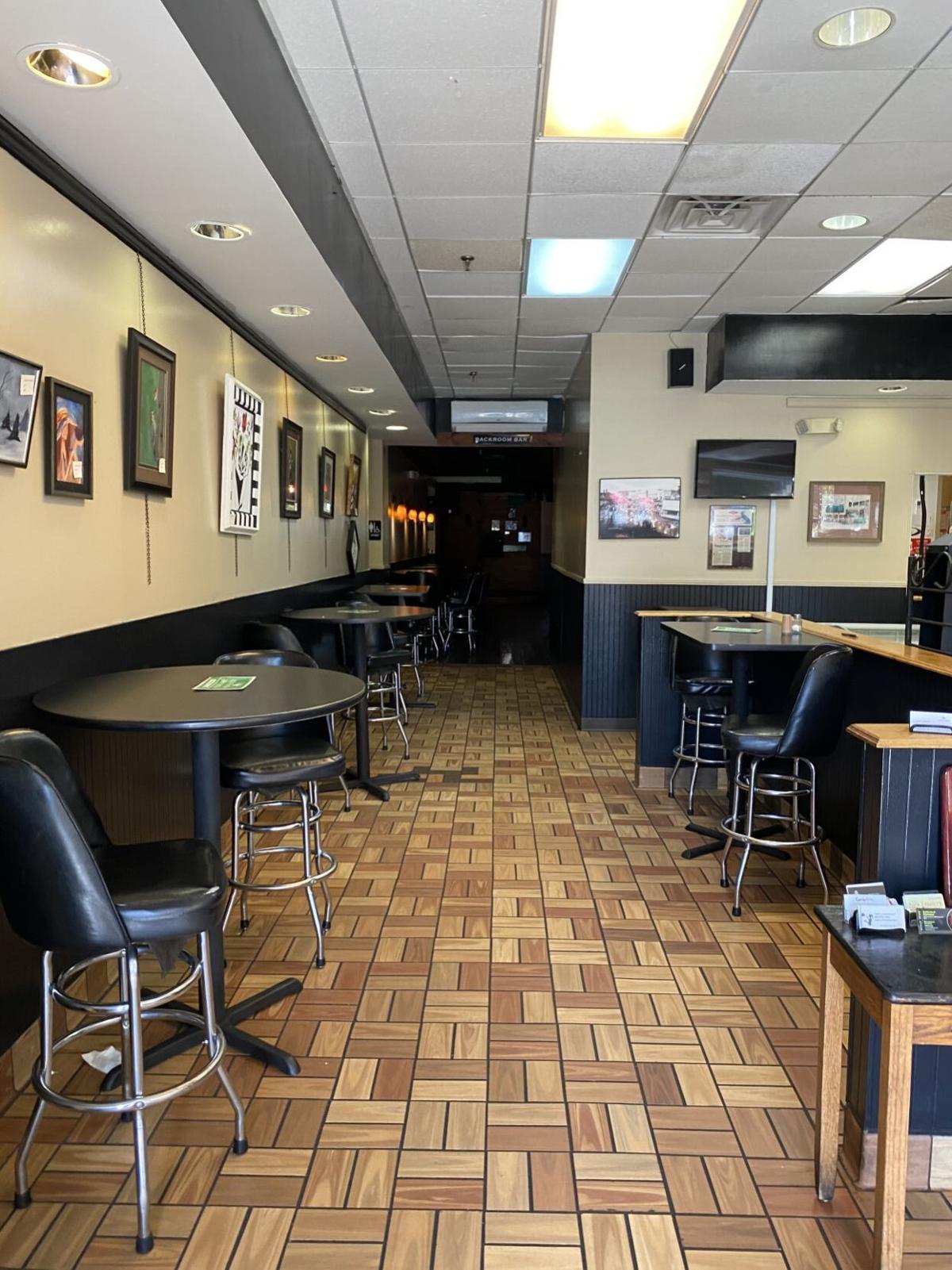 Howard Corley, owner of Howard's on Main, said he will have to remove a few more tables to make sure there is proper spacing to align with new regulations from Gov. Henry McMaster's executive order.

Howard Corley said he will have more seating outside at Howard's on Main when new regulations hit Monday.

Howard Corley, owner of Howard's on Main, said he will have to remove a few more tables to make sure there is proper spacing to align with new regulations from Gov. Henry McMaster's executive order.

The new requirements for restaurants, which were established by AccelerateSC, have previously just been strongly recommended. Restaurants are now only permitted to have 50% of the occupancy established by the fire marshal for indoor dining.

Employees and patrons are required to wear face coverings — except while eating — and tables must be spaced 6 feet apart. Only eight customers are allowed per table unless they belong to the same family.

Standing or congregating in the bar area of a restaurant is also prohibited. The selling of alcohol must cease at 11 p.m. under a previous order.

McMaster made the announcement Wednesday at a press conference.

“It is what it is,” T.W. Boons owner Tony Wideman said. “We are going to follow it.”

Wideman said bartenders will have to monitor patrons and make sure they are not congregating at the bar. To adjust for the early closing time for alcohol, Wideman said live music is starting earlier.

“We have people still coming out,” Wideman said.

Across the street at Howard’s on Main, owner Howard Corley said he has also been starting live music earlier.

“Instead of having a band, we’ve been having a single person playing,” Corley said. “Starting earlier and finishing earlier.”

Corley said he has been putting patrons outside and spacing the tables apart.

However, Corley said times have been tough during the COVID-19 pandemic.

“It’s been trying for us,” Corley said. “People are not going out.”

Some restaurant owners are frustrated with the changing regulations.

Robinson said she hasn’t been able to open her upstairs area because of restrictions.

“Half my business is upstairs,” Robinson said.

Robinson said Buffalo Grill’s curbside service has gone well and she might keep it on even after COVID-19 restrictions are lifted.

“I feel like I’ve been continuously kicked in the teeth,” Robinson said.

Some restaurants aren’t sweating it.

“It’s really nothing for us,” Montague’s General Manager T.J. Jenks said. “We followed the recommendations when they put them out in June.”

He said mask-wearing is already required at Montague’s because it resides in the city. He said some restaurants outside of the city limits were advertising that patrons didn’t have to wear masks while dining in.

“I appreciate the fact that we are now on a level playing field in terms of where customers can go and what they are going to do,” Jenks said.

Jenks said business is really slow at Montague’s, which he attributes to people still being scared to come out.

The Mill House took a different approach in adjusting to changing regulations.

“On our end, we started following the recommendations to a T,” General Manager Josh Curry said.

He said on Monday, he will reduce the number of chairs at the bar and space them 6 feet apart. The same strategy will be followed next door at Good Times Brewing.

Curry said he studied the recommendations that came out in June and began making changes to The Mill House and Good Times Brewing to follow the rules and still operate both establishments.

Garage doors were installed at both restaurants. When opened, the area exposed to the open air is considered an outdoor venue.

“It has a whole different set of rules,” Curry said. “The same major points are there.”

At Good Times Brewing, Curry wants to maintain the communal atmosphere but do it in a safe and responsible way.

He said they will remove chairs and separate the existing chairs to comply with the new set of regulations.

For one Greenwood restaurant, Monday’s regulations are hitting just as it reopens.

“We can’t be what we used to be,” Harrington said. “We have to be a smarter restaurant than we ever have been.”

He said Sports Break will be pushing takeout and he will seat people at the bar to ensure that the six feet distance is observed.

Harrington also weighed in on mask-wearing.

“It doesn’t cost anything to wear a mask,” Harrington said. “It’s just the polite thing to do.”

Greenwood County recorded a confirmed and a probable COVID-19 death on Wednesday, moving the county's tally of confirmed deaths to 61 and probable deaths to eight.

Thursday night’s opportunity to sip, stroll and soak up history through Wild Hare Production’s Monologue’s on Main Street is likely to be canceled because of projected thunderstorms and heavy rainfall, according to guest artist Keith Jameson.

Greenwood Community Theatre announced Wednesday its cabaret fundraiser is postponed, “due to several health concerns and possible COVID exposures among our cast and crew.”

How Ginsburg's death could reshape the presidential campaign

Stopgap bill to prevent shutdown held up over farm funding

Stopgap bill to prevent shutdown held up over farm funding

US stocks fall as market decline extends for third week

The Latest: Jobless rate edges down to 11.4% in California