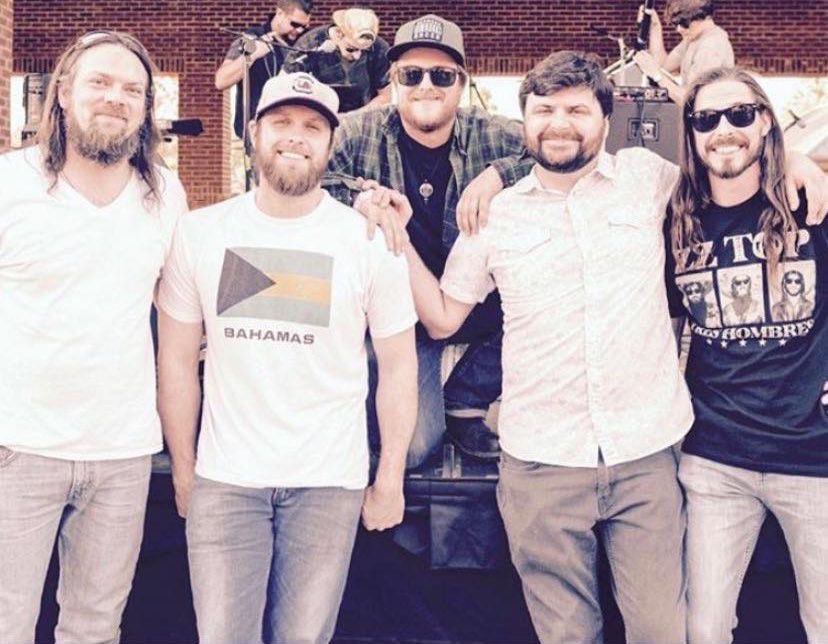 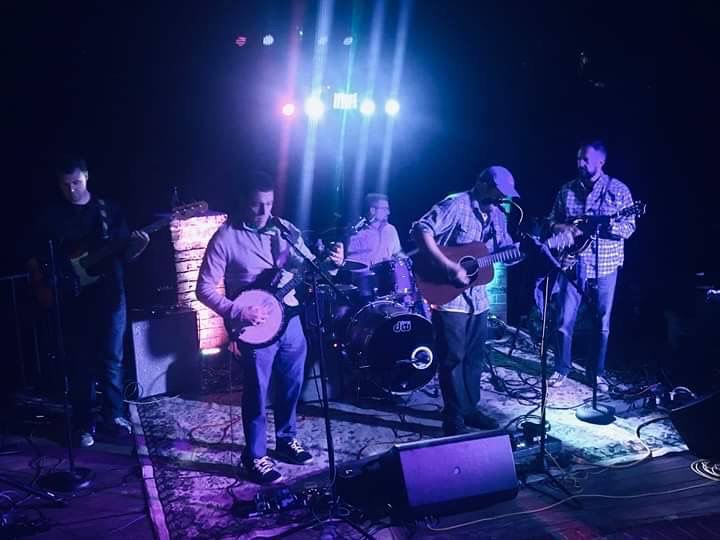 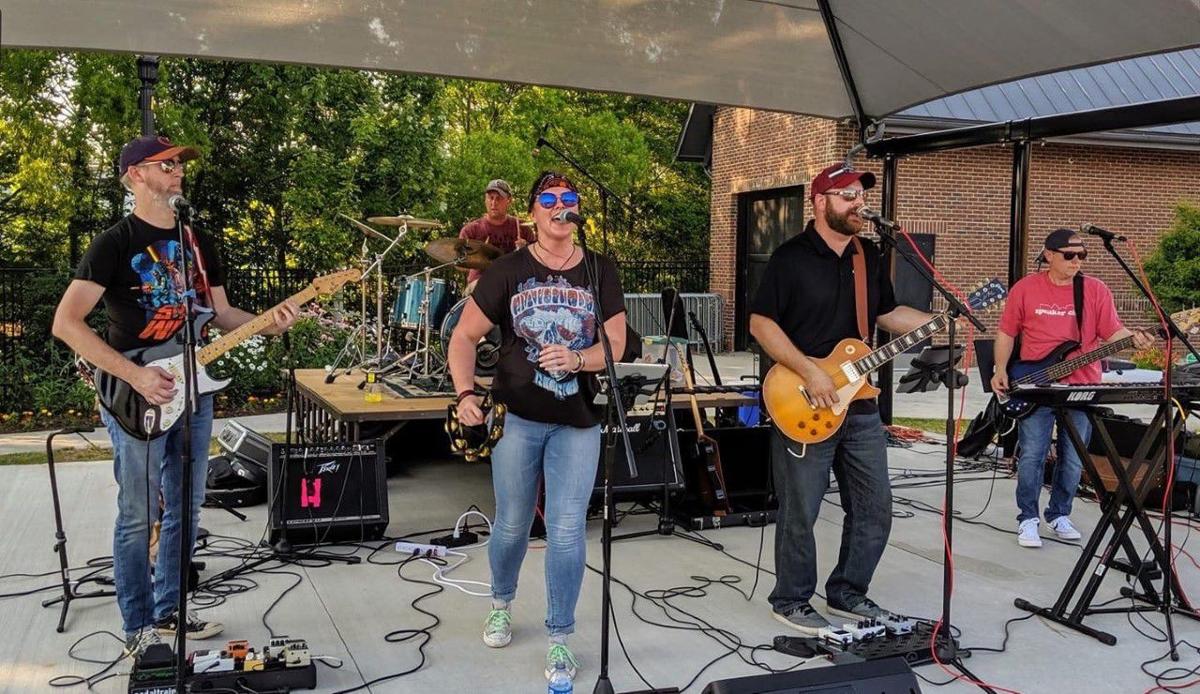 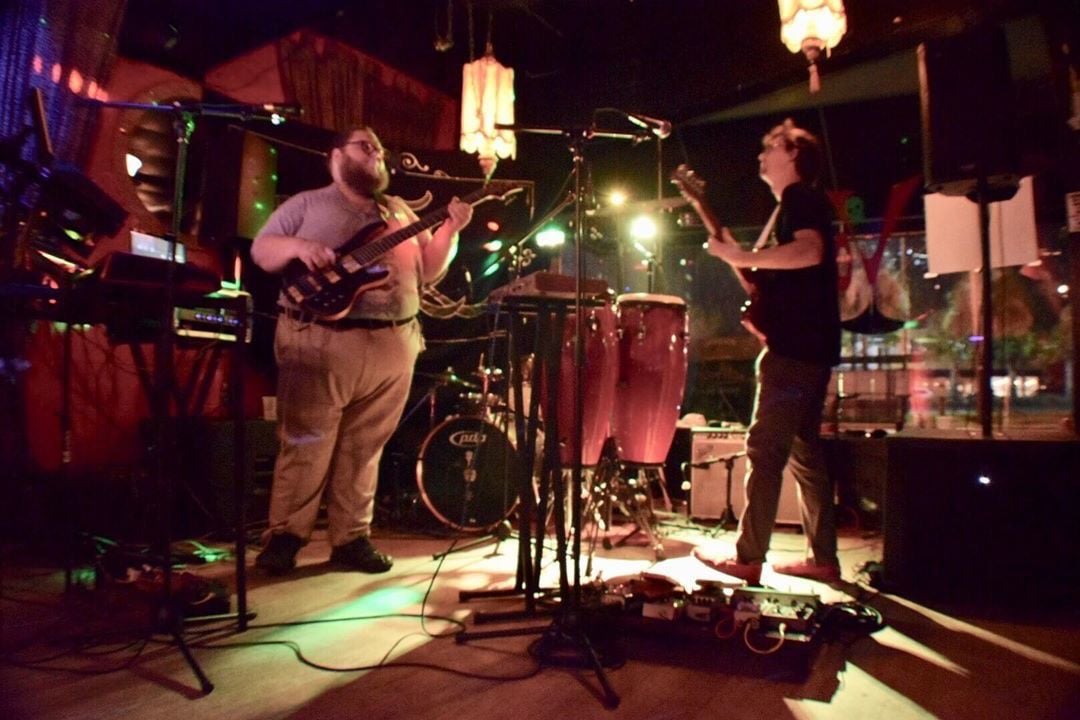 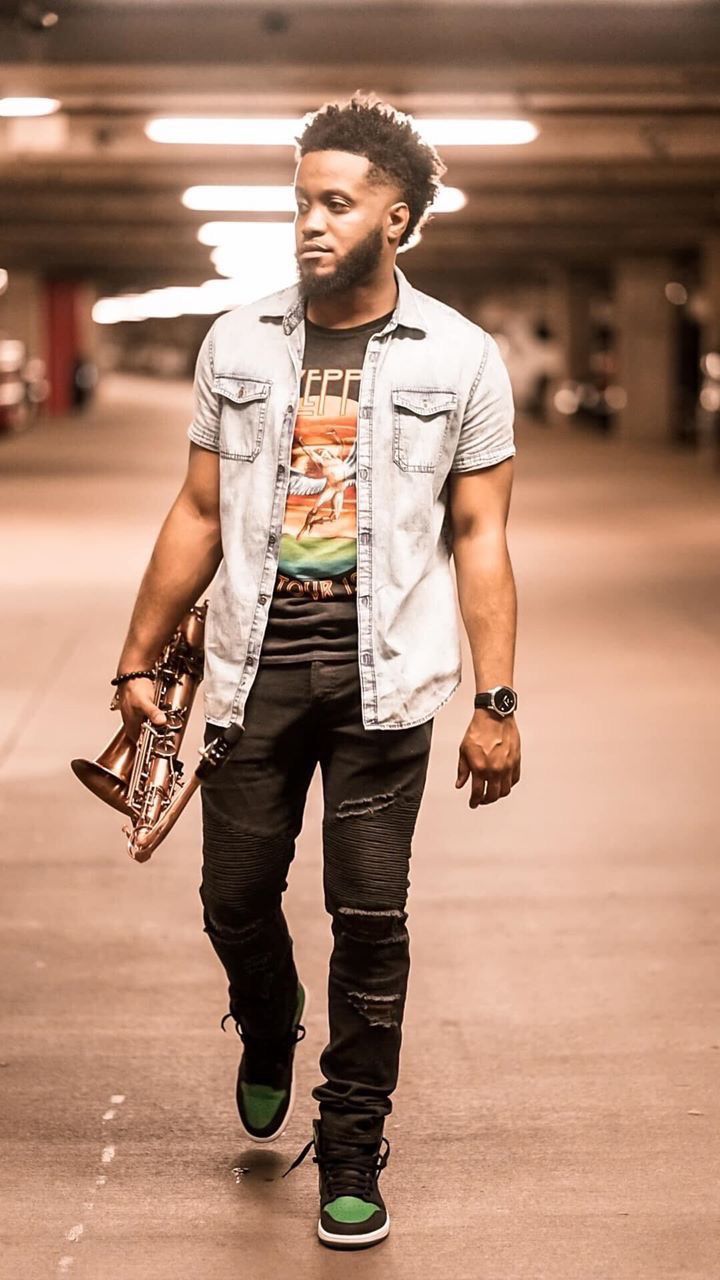 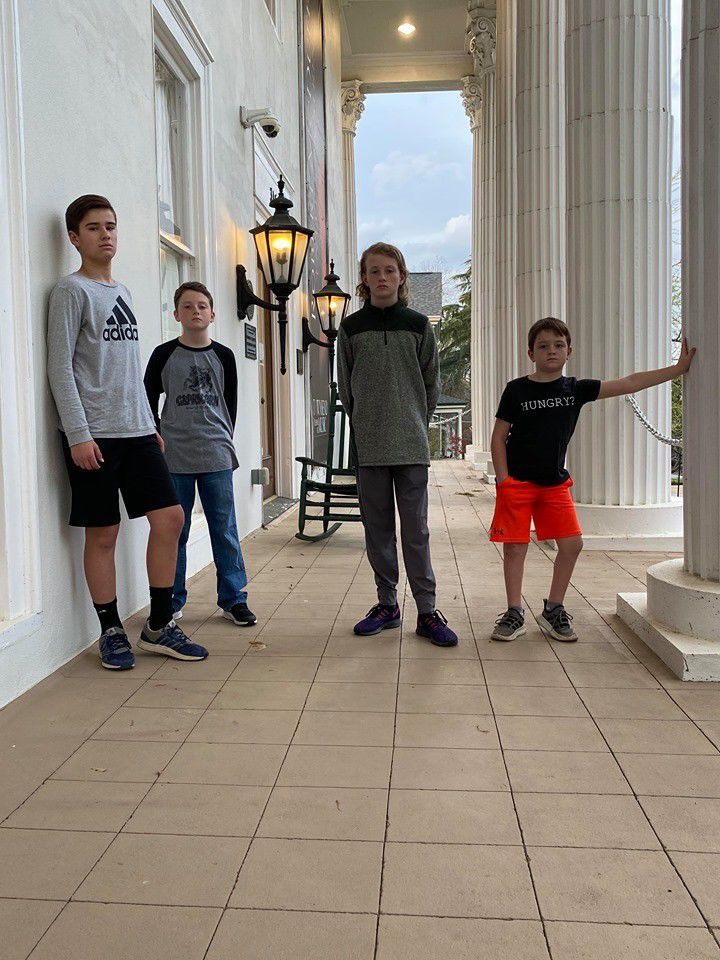 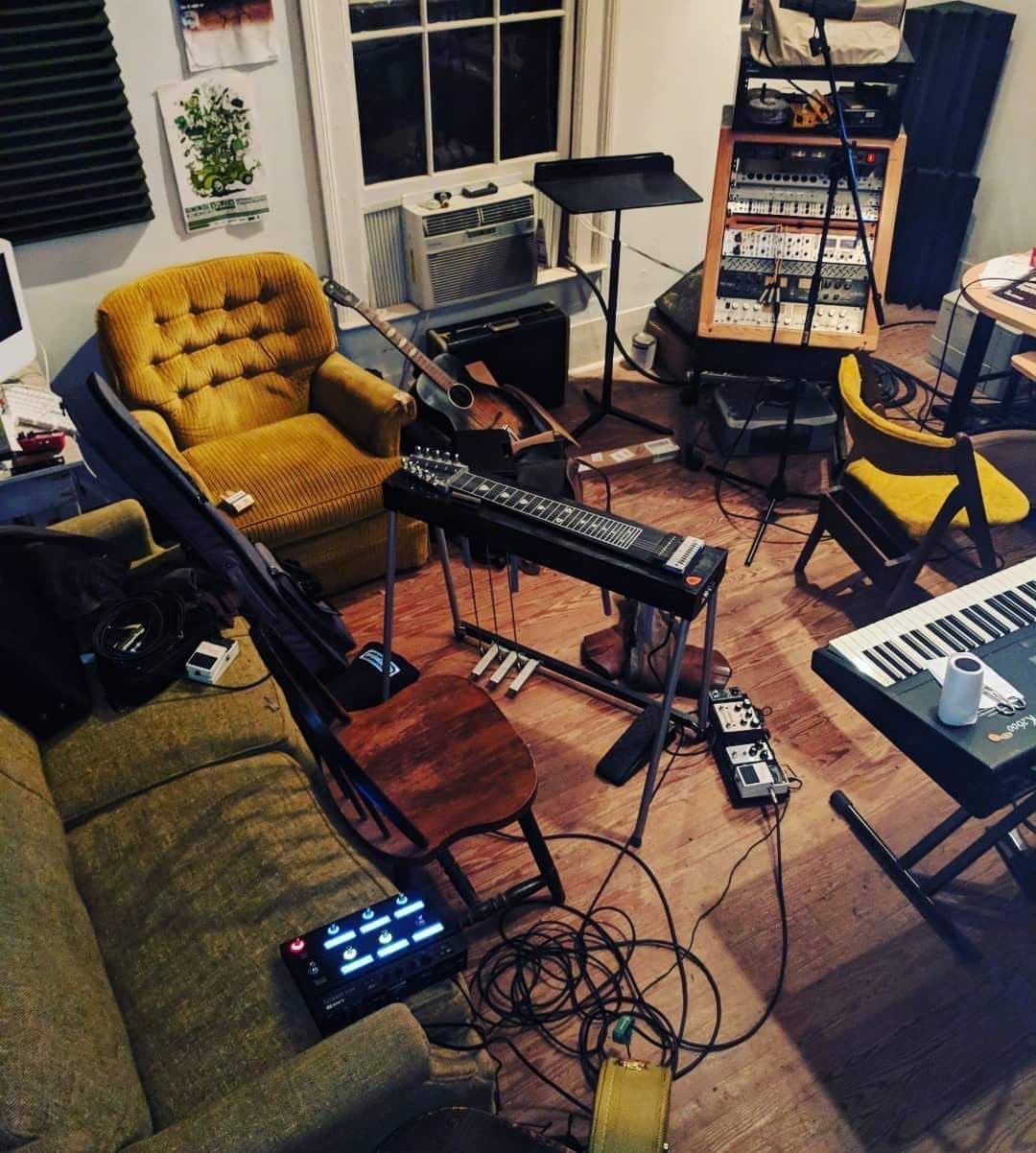 No bars or restaurants for musicians to play in? No problem. The Lakelands' music scene is gearing up for livestreams to entertain and support the service industry and more.

No bars or restaurants for musicians to play in? No problem. The Lakelands' music scene is gearing up for livestreams to entertain and support the service industry and more.

With restrictions on gathering size of no more than three people in place, the music community is getting creative to reach listeners and to find ways to support the Greenwood community.

Potentially as soon as today, Greenwood area musicians could begin a collective/collaborative music video project people can donate to at the community service Facebook page: Until further notice. More details are to be announced soon.

Also, slated for April 2 is a #Team Greenwood Music event to support the service industry, particularly bars and restaurants. Find them on the Facebook page Until Further Notice and share. Purchase #teamgreenwood T-shirts at participating locations. Tip performers at Venmo and Paypal.

The video concept is being modeled after the global Playing for Change movement, based in California, that started in 2002 with Mark Johnson and Whitney Kroenke. They hit the streets with a mobile recording studio and cameras in search of inspiration. An award-winning documentary followed along with renditions of classic songs by musicians from all over.

“It’s really encouraging to see the music community come together and try to do something,” Stokes said, noting he and many other local musicians have lost gigs through the end of April. “It’s terrifying,” Stokes said of the loss of gig income.

“I’m teaching music still on a virtual platform and it has given me something to do at least,” Stokes said. “I’ve recorded all the songs that Cambridge Academy’s band is doing and I take each band member’s instrument off and send that track to him or her. Then, they can play along with it from home.”

For musicians on YouTube, Stokes said there is a way to monetize their videos, if they get enough people to subscribe to their channels.

Steven Galloway, jazz musician, said he took a “step out on faith in January” to play music full-time.

Although the pandemic has slowed his music income, Galloway said he’s “still encouraged” that music is what God wants him to do.

“In the midst of everything,” Galloway wrote in a text message, “I had Janet Jackson share my video on Instagram (Thursday).” Yes, THAT Janet Jackson, the late Michael Jackson’s sister and pop diva.

The game plan for the coming week’s live, local music is to begin 7 p.m. April 2 and have different musicians nightly perform via livestream.

Performers in the lineup are figuring out the logistics of doing this from wherever they will be at their scheduled times.

Clay Sprouse of Jackson Station came up with the idea and said it’s a way to support a number of small businesses and give folks who are homebound some local, live music to enjoy.

“There is such a domino effect with this global situation,” Sprouse said via phone. “It’s affecting everybody...Everybody is having to make adjustments, not just the food and beverage folks. A number of musicians I know have jobs in addition to performing, but not all. This idea originated as a way for us to help food and beverage folks, who have helped the Greenwood music scene thrive for years.

“When I saw Emerald Ink and Stitches had started the #TeamGreenwood and shop local T-shirt thing, I thought, let’s just back that and promote that to help our service industry,” Sprouse said. “When you go streaming, put the #TeamGreenwood Shop Local in it and share it as it’s streaming on Facebook Live. Mention where folks can get the T-shirts. Greenwood deserves the community’s support.”

Greenwood mayor Brandon Smith is a member of the band Jackson Station and his sons are part of the local boy band, O’Doyle Rulz.

“It’s affecting every aspect of our economy,” Smith said. “Hopefully, we can raise a ton of money. Greenwood is certainly a very giving community. We’ve got a very special music scene. This is a fun way to showcase that and to just show Greenwoodians’ love for each other. Let’s take this time to better ourselves and come out stronger.”

Smith said O’Doyle Rulz has been rehearsing new songs for this livestream event and they recently had an opportunity to go into a recording studio for the first time, the legendary Capricorn Sound Studios in Macon, Georgia.

“It was an awesome and unbelievable experience for them,” Smith said. “They had planned to take the summer to work on some originals, but that may happen sooner than later. Once this all lifts, O’Doyle Rulz will be calling on the community for support as extras in a possible music video.”

Children’s summer reading through the Greenwood County Library system is launching Monday via story times, puppet shows and games, all online, along with virtual learning resources and a digital library, during the novel coronavirus pandemic.

To safely welcome employees, students and visitors back on campus during the ongoing COVID-19 pandemic, Piedmont Technical College will be implementing a phased return-to-campus plan beginning Monday.

People in the Abbeville area will have the chance to get tested for COVID-19 for free, courtesy of an upcoming Abbeville Area Medical Center mobile testing event.

Mosques reopen in Saudi Arabia and Jerusalem amid virus woes

World alarmed by violence in US; thousands march in London

Icardi's arrival at PSG could push Cavani to look elsewhere

‘We’re sick of it’: Anger over police killings shatters US

Pope: Pull together, avoid pessimism in this coronavirus era

Some feel-good moments as rugby league returns in Australia

Atalanta coach feared for his life as he fought virus

Protests over police killings rage in dozens of US cities