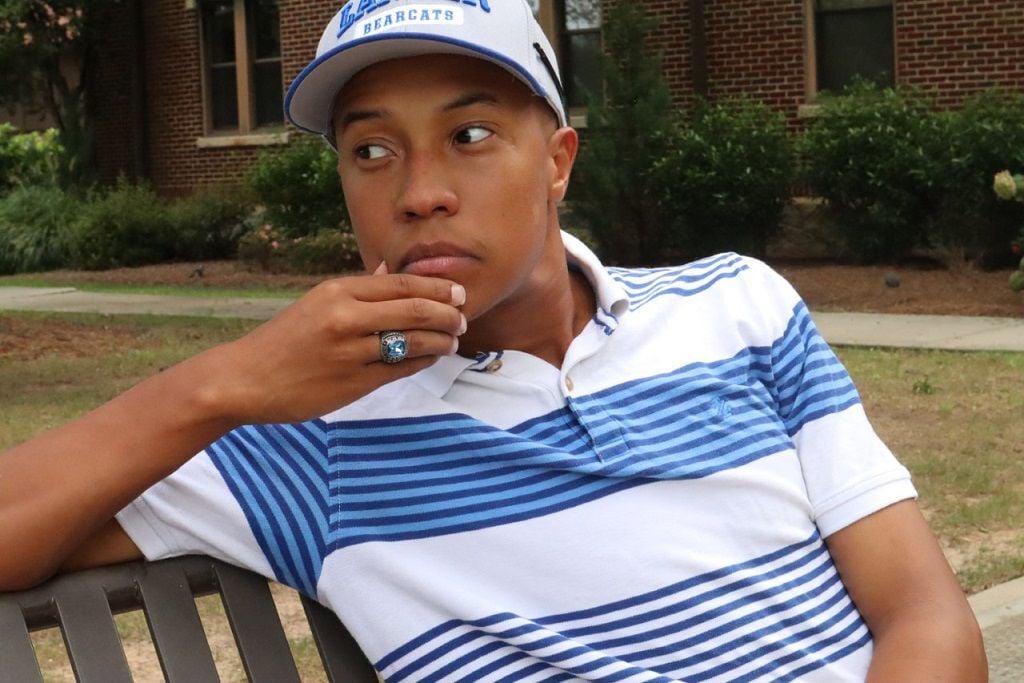 Damion Moragne begins his fourth year at Lander University in August. He’s been busy helping on campus this summer, with orientation and other aspects of campus life, and sharing his messages of positivity amid the novel coronavirus pandemic, via a messaging app. 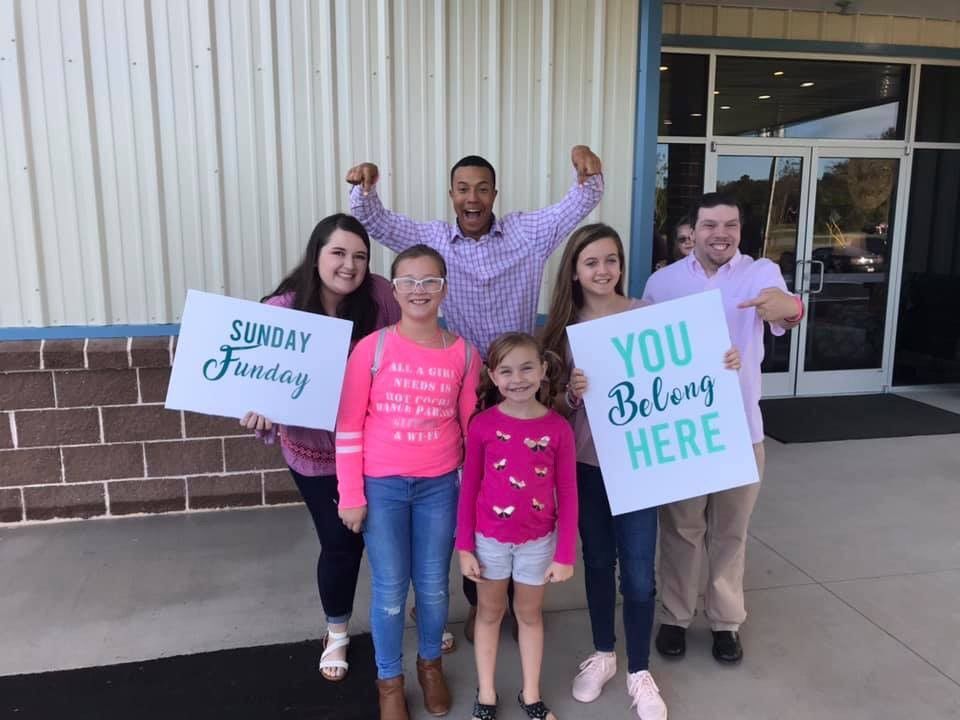 Damion Moragne, back, stands with some of the youth from Gesthemane Church in Hodges in 2019. 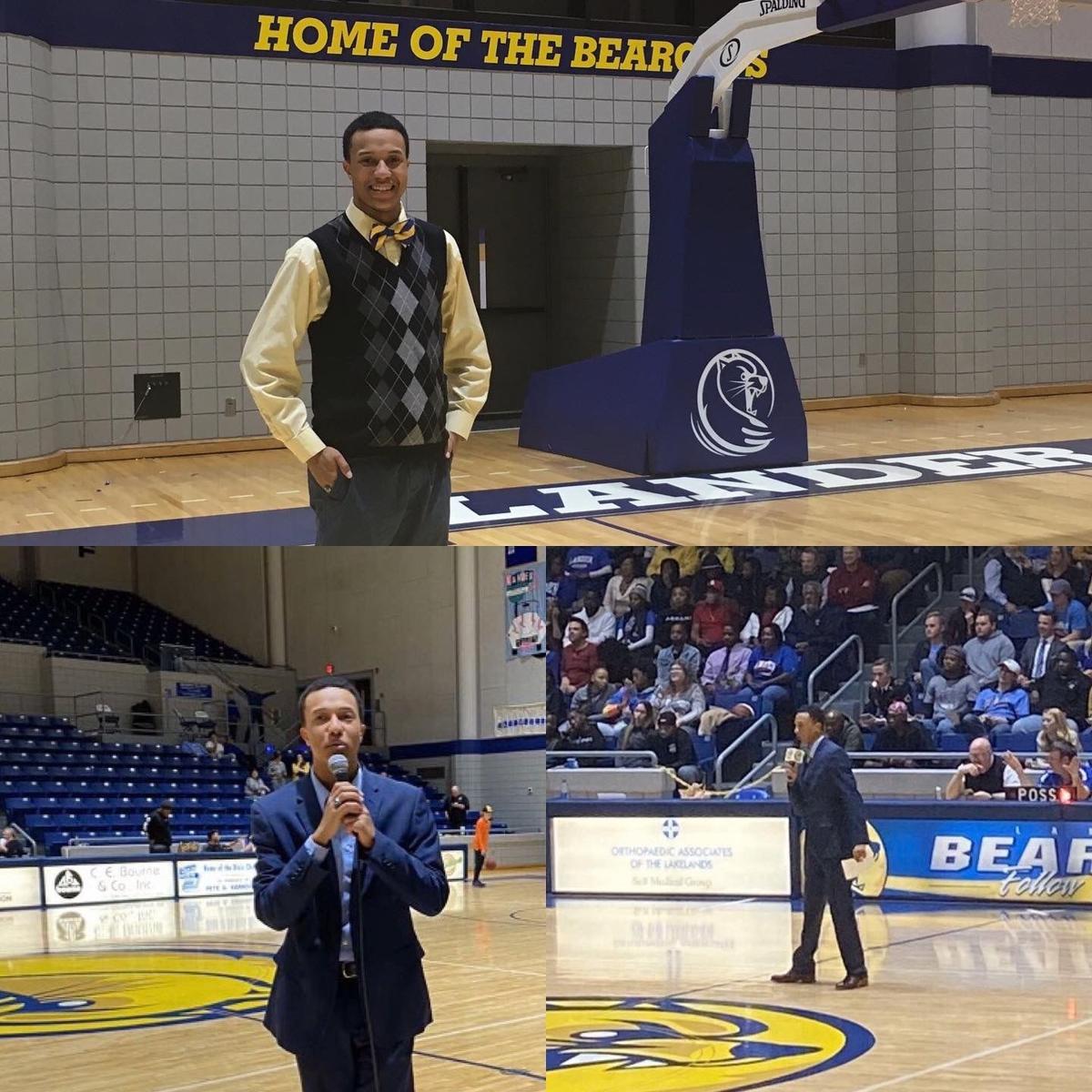 Lander student Damion Moragne emcees for numerous campus events. These photos are from a homecoming showcase in February.

Damion Moragne begins his fourth year at Lander University in August. He’s been busy helping on campus this summer, with orientation and other aspects of campus life, and sharing his messages of positivity amid the novel coronavirus pandemic, via a messaging app.

Damion Moragne, back, stands with some of the youth from Gesthemane Church in Hodges in 2019.

Lander student Damion Moragne emcees for numerous campus events. These photos are from a homecoming showcase in February.

Lander student Damion Moragne said his more than 15 weeks of sharing his positivity series on social media messaging app Snapchat is worth it.

“A response from someone recently simply said, ‘You don’t know how much this has helped me tonight.’ That really struck me, because you don’t know what all people are struggling with deep down. ... As long as I have reached one person, I have done my job.”

The 21-year-old mass communications major from Ware Shoals said that response from a fellow student to his ongoing Snapchat series: “Get through COVID-19 Life” is all the motivation he needs to know he’s on the right track with encouraging others. He started the series in April.

With a wisdom that seems beyond his years, Moragne said fellow students often call him by the monikers uncle, dad or even grandpa.

“I love to relate to people, no matter how old you are,” he said.

Moragne said college students right now are struggling with family issues and summer classes online. COVID-19, Moragne said, has halted academics as students know studies and it has halted sports and a number of campus activities.

“I try to remind them that this is only temporary,” Moragne said. “Even with orientation, we have different options, virtual orientation and in-person single day orientations in small groups.”

“Some may think all hope is lost, but better things are to come,” Moragne said. “We as people need to bring encouragement to everybody. ... You have to call on God. ... This is a great time of self reflection on how you can move forward.”

Moragne credits his paternal grandmother with teaching him there’s always something good, even in the midst tough times.

“This whole situation is teaching many of us who we really are,” Moragne said. “And, we are asking what more can we become? ... I have a black dad and a white mom. I do support the Black Lives Matter movement, but I think there are ways to support a movement in the right way. You can protest, but do it in the right way. Do it in a peaceful way and put some prayer in that.”

Moragne said Snapchat is a messaging app that appeals to a broad demographic from high schoolers to middle-aged adults. Users exchange pictures and videos — snaps —that are meant to disappear after they are viewed.

“I like using it and I am still learning how to use it,” Moragne said. “But, I’m reaching a lot of people. You can see a lot of negativity on social media, but I try to instill that there is a lot of positivity that no one is talking about.”

Moragne said his exploration into using social media to spread favorable messages started three years ago, before he came to Lander University.

“As soon as I came to Lander, I got to know a whole lot of people,” Moragne said. “Social media has also broadened my circle...I feel like God has given me seven words by which to encourage others — ‘You deserve to live a great life.’”

In addition to his studies, Moragne also is working in Lander’s office of student affairs this summer, is an announcer for the university’s XLR radio station and for the school’s sporting events. He is also a youth pastor at Gesthemane Church in Hodges.

Rixon Lane, Lander assistant director for sports media and athletics, describes Moragne as a young person with “an old soul.”

“He definitely brings energy,” Lane said. “When you see him interacting with people, that translates. Having done the announcing job before, there’s not a lot of people his age who are comfortable when you put a microphone in front of them. That confidence will benefit him long after Lander. He speaks in front of people extremely well.”

“He’s very heavily involved in the church, from his role as youth pastor to playing the drums,” Fields said. “I’ve known him since he was a baby. He teaches our church children and teens, and serves on our worship team. He can be goofy and silly, but he’s also one the youth go to. He’s there for them, even if it means dressing up like a cowboy for vacation Bible school.”

Moragne graduated from Ware Shoals High School in 2017. He is planning to continue working with Lander and students after he graduates. In his third year at Lander, Moragne changed academic majors from elementary education to mass communications.

“As an announcer for the university’s athletic department, I’m the one hyping people up at basketball and soccer games,” Moragne explained. “I kind of add a little spice. I love making people happy and excited and I love seeing joy in people.”

Moragne says he likes to play golf, a lot. He taught himself to play and has adapted his golf swing after watching golf greats Arnold Palmer, Jack Nicklaus and Tiger Woods.

“I tried to mimic their swings,” Moragne said. “Right now, my swing kind of looks like Jack but I dress like Tiger.”

Not just the flu: There is no cure, then or now

There is no cure for the flu.

Folks looking for a cinematic escape from COVID-19 will soon have an option to see the latest from Hollywood.

Born with 1 hand, she's an inspiration in virus fight

Extreme poverty rises and a generation sees future slip away

Dale Tallon, after 10 seasons, out as Florida Panthers' GM

In Portugal, probes and attacks a routine for soccer clubs

States on hook for billions under Trump's unemployment plan

Trump end run around Congress raises questions on his claims

Players unite in push to save college season, create union

LEADING OFF: A's try for 10th win in row, wait for MLB word