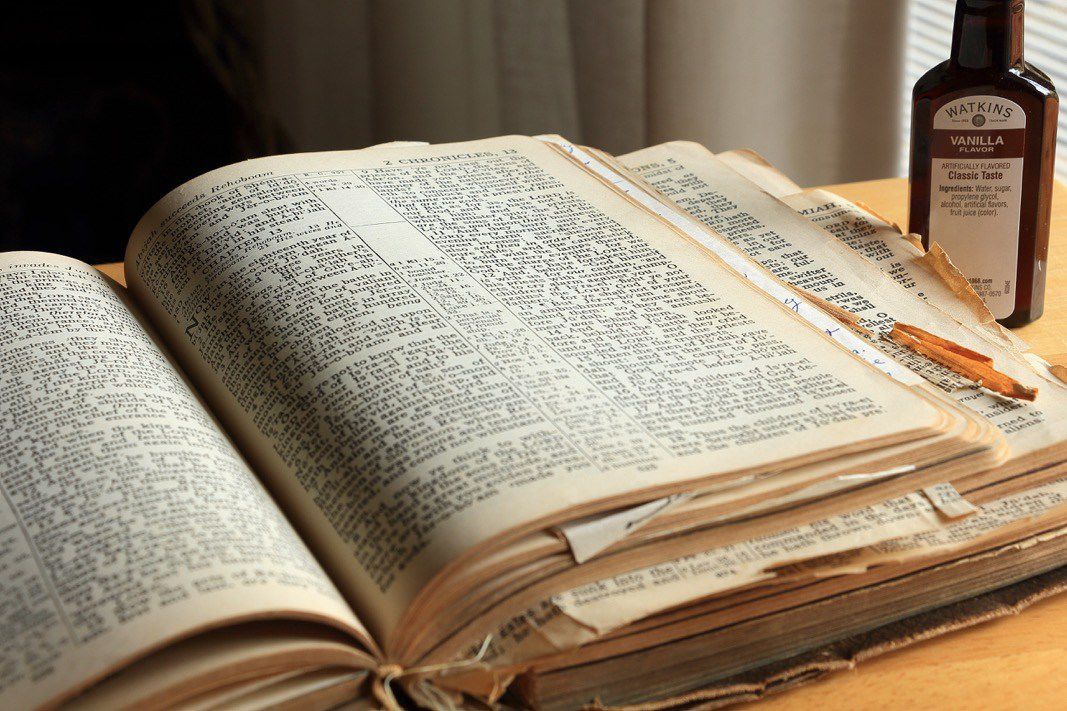 Grandmom’s Bible that she rescued from her burning home. 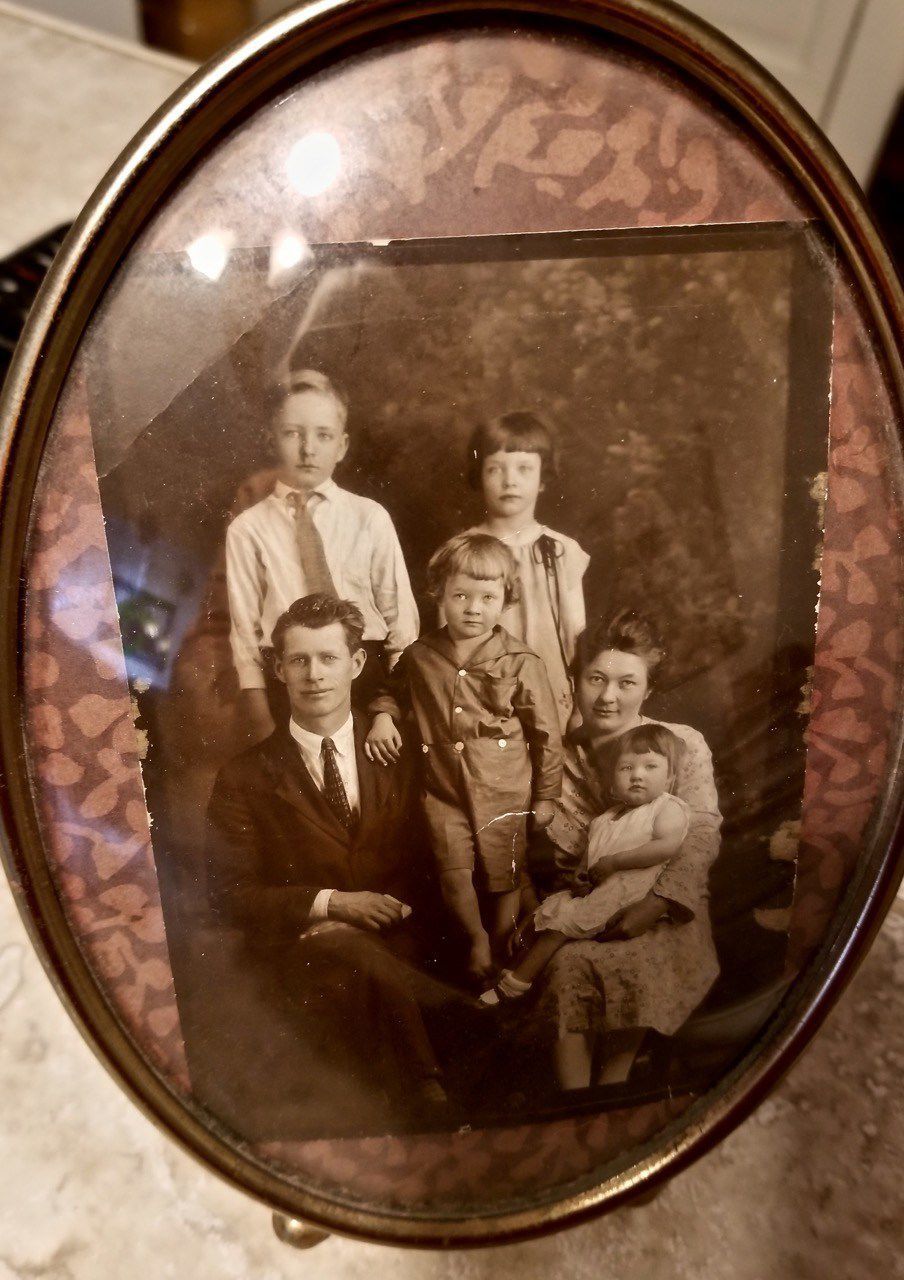 A portrait of the Walker family.

Grandmom’s Bible that she rescued from her burning home.

A portrait of the Walker family.

Springs creaking, Granddad’s maroon Ford jounces down Mom and Dad’s long dirt driveway. Its washouts make for a rough ride but that doesn’t stop Granddad. Here he comes selling Watkins products. His trembling hands pull a glass bottle of vanilla flavoring from a box, and whether it needs shaking or not, it gets all shook up. Its destination? Mom’s fabulous pound cakes.

That was long ago. Granddad Walker was 75. Were he alive, he’d be 123. He grew cotton and ran a country store. Toward the end he sold Watkins products back when door-to-door salesmen were welcome.

Into this world he came June 14, 1896, destined to be handsome. You would have thought he was a Kennedy with his square jaw and thick shock of hair. He looked like ill-fated Bobby. I will write here that women liked Granddad and he liked them, and in time that would lead Grandmom to break a window to retrieve the family Bible from her burning home.

As for Granddad, he dyed his hair black till the end. The day before a stroke killed him, Dec. 5, 1988, I stood by his bed, trying to decipher his unintelligible speech. I made out just one word: Imelda, the name of his baby daughter.

I bring my pen to this family tale not because of its woeful history but because Watkins miraculous vanilla flavoring helped Granddad work his way back, partway, mind you, from a long family rift. Some children never forgot nor forgave; the rift lived on until Death at last buried it, but the rift’s a story for another time. Aside from the rift, two memories surface of Granddad, he of the uncommon first name, Cleborn. The first, a boyhood memory, involves a crystal radio I made. I held the earpiece out to him and a trembling hand slowly raised it to his ear. Music played and a smile broke out. He got out his wallet and handed me a dollar. It might as well have been a $100 bill.

The other memory was his penchant for nicknaming men based on some physical attribute. He had five daughters (four sons). Over the years suitors called on the girls. One gent, bug-eyed like Rodney Dangerfield and hard of hearing, wore two large, cork-like hearing aids. Into Granddad’s sandy yard he would drive and park to call on daughter Priscilla. Granddad would watch him step from his car and warily cast his bug eyes about. “Cilla, old Stopper Head is here,” proclaimed Granddad. During that contentious time, Granddad plastered a nickname on Dad who was bald by 18. He wrote Dad a fiery letter in which he laid out that hurtful nickname. “Persimmon Head.” Later, Dad began wearing toupees, the proverbial rug.

Late in life this nicknaming man sold Watkins health remedies and baking products, but it’s his vanilla flavoring and Mom’s cakes I smell to this day. My heart tells me that Watkins Vanilla Extract gave Mom an excuse to know her dad again. After that a few of his children thawed a bit before that stroke killed him as he lost his stomach in a scene reminiscent of the Exorcist. One son refused to go to his funeral, and so it is that I smell, too, the charred ruins of family homes. I still grieve over the heartbreak that followed. I’d tell you more but I just can’t. All these years later this tale of betrayal is dead man’s talk, but I can tell you this. More and more I understand how life truly goes down. We are actors just passing through and nothing but memories fasten us to what once really was.

“I lie here and remember my family.”

That old nicknamer with trembling hands? Well, perhaps his ghost drives down my late parents’ driveway delivering Watkins Vanilla Extract. Were Mom alive, she’d have to get it at Walmart in a cheap plastic bottle. Asphalt has long covered the driveway but grass grows in cracks opened up by roots, and my parents’ home no longer smells of vanilla flavoring and hot, moist pound cakes. It sits empty. A lot of people have passed through my life but memories come alive when I recall those who came before me and all they endured in this beautiful but treacherous world.

Chicago woman is 2nd US patient with new virus from China

The Latest: Halep through to 2nd week at Australian Open

Dems say oust Trump or he'll betray again; 'He is who he is'