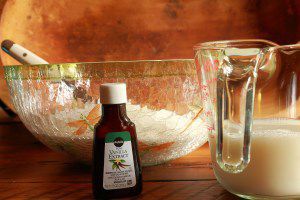 A recipe for snow cream: one gallon of snow, sugar, one tablespoon of vanilla extract and two cups of milk. 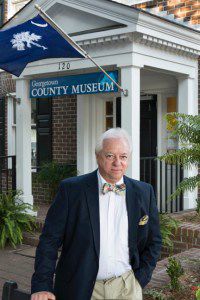 Growing up before weather satellites was great when I was a kid. Come winter, I’d go to bed unaware that rain was washing in from the west and cold air descending from the north. A colossal winter collision was in the making and the next morning a blanket of snow softened the world, glorifying all that it touched. Forget school.

What great times those were, and something else made them even greater. Snow ice cream. Other than a few heavy snows, we never got enough snow to make a really good snowman. You know, one like Frosty with a top hat and all that, but a thin layer of snow was enough for Mom to make magic. She’d head outside with a big bowl, and we knew we were in for a treat.

How well I remember the first time I tasted snow ice cream. Cold, sweet and airy. Mom went straight to Dad’s 1956, two-tone (aqua and white) Plymouth, and from its roof she carefully scraped the uppermost veneer of crystals into a glass bowl. Mind you, now, each crystal was unique. (Can we say that about commercial ice cream?)

We’d hustle inside and she’d add vanilla extract, sugar and milk into the bowl and mix up snow ice cream. We’d watch with great anticipation. It was winter’s equivalent to watching Dad churn up some peach ice cream, only snow ice cream was quick and pure magic, whereas Dad’s peach ice cream was a labor of love that took planning, a drive to Edgefield for tree-ripe peaches and time to crank a handle until it would not move.

Summer and winter, we couldn’t get enough homemade ice cream. By summer it was peach, and by winter it was a frozen delight courtesy of an Arctic blast. If you’ve had snow ice cream, for sure you recall what a miracle it was, a wonderful blessing as ice cream literally fell from the sky.

That was then and this is now and nothing good they say lasts forever, and I hear that’s true as snow ice cream goes. You could say its idyllic time has come and gone. Thanks to acid rain, pollution, fossil fuels and a place called Chernobyl, folks today are afraid to mix up a bowl of snow ice cream. Well, in this case I’ll take the stand a lot of smokers do. “Hey, you got to die from something.”

So, give me snow ice cream or give me death. Well, of course that is just writer’s talk, but for sure this winter, should it snow, I plan to make up a big bowl of snow ice cream. I hope you do, too. For some of you whippersnappers new to snow ice cream, here’s a recipe.

Pray that it snows.

One gallon of snow, sugar, one tablespoon of vanilla extract and two cups of milk.

Stir in sugar and vanilla to taste, then add enough milk to get that ice cream look and feel. Now it won’t be perfect like a half gallon of Breyers vanilla, but it will be far more memorable. It fell from the sky just for you. And if some of you are too afraid to eat snow ice cream, throw caution to the wind, mix in some chocolate syrup and enjoy yourself a bowl of Chernobyl Chocolate. You’ll radiate sheer joy to the family.

‘Tis the season to be jolly. Don’t let airborne grinches and scrooges and Negative Nellies prevent you from enjoying a bowl or three of snow ice cream. Don’t let another magical tradition die. ’Cause you know and I know, we have too few as it is.

Bayern signs right back Odriozola on loan from Real Madrid