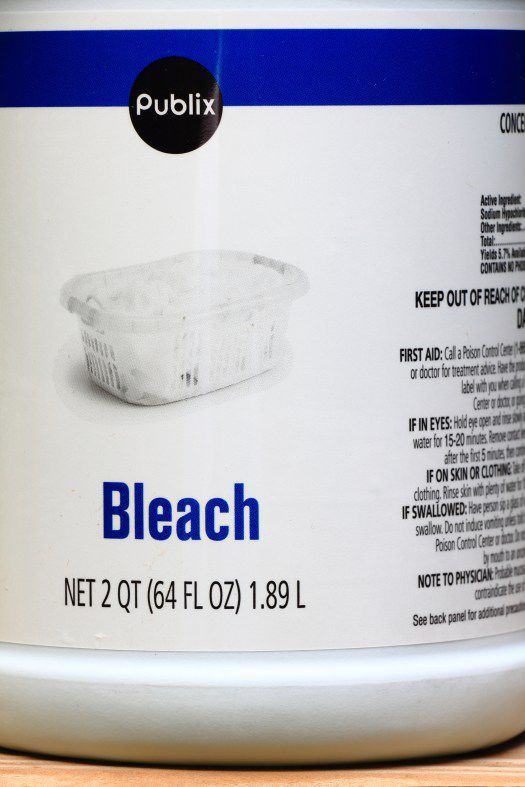 A deck open to sunlight and the weather surely will lose its pizzazz. That’s when a good pressure washing works miracles. Prep it with some bleach and it’ll look even better. Bleach is cheap. I heard people say they apply it at 100 percent strength. “Works better that way,” they say. I’d see what they meant.

Sunday, July 29, my brother-in-law, Joe, and I began working on my late parents’ deck. It was around 1:30 when sunlight hits the skin like radium needles. The day was hot and humid, and thunder rumbled to the west. I began spraying the wood and Joe’s pressure-washer did its thing. Old oxidized wood got a new lease on life right before my eyes, a turnaround, like brunettes who bleach their hair and turn blonde overnight.

I pumped and sprayed worked and as the sprayer emptied, I’d fill it with pure bleach. We worked until we gave out of Clorox, Clooo-rocks, as we say down here. After that, I spent two hours in my sister’s pool with my great niece, Harper, and a great niece she is. Playing in the pool with her exposed me to chlorine.

I went home Monday and when Tuesday rolled around something just didn’t feel right. By suppertime, I was weak, out of it. I went to bed. At 1:15 in the morning, a raging fever struck with its chills, chattering teeth, and shakes. All day Wednesday I just knew I had the flu but it seemed way too early for that annual affliction. Thursday morning I went to my physician. Despite having a fever of 102, I tested negative for the flu. Three PAs swarmed around me explaining that something bad was wrong but they had no idea what until blood work and a chest X-ray could be done. Those would be done in the next hour.

I asked if Lyme Disease could be a possibility, and a physician’s assistant mumbled something odd about deer species and said Rocky Mountain Spotted Fever was a possibility given my explorations in the woods. No Lyme’s possibility that much. His explanation seemed strange. He wrote a prescription for Doxycycline.

After getting my prescription I went home. Miserable does not begin to describe how I felt. I remembered that early Sunday morning I had stopped at my home church to photograph my final resting place for use in a story I plan to write. “I must have jinxed myself,” I thought, “cause soon that’s where I’ll be.”

Thursday the X-ray results came in: pneumonia. “How can that be,” I thought, “I had a pneumonia vaccination two years ago.” Well, it’s chemical pneumonia, which pays vaccinations no mind. While bacteria and viruses usually cause pneumonia, chemical pneumonia, an unusual type of lung irritation, is a rare thing. All the bleach I sprayed had done me in. Now I was dealing with its flu-like symptoms, headache, abdominal pains, and more.

The Doxycline works on pneumonia. I’m slowly recovering, and each day is a shade better than before. I learned a few things. Bleach is not to be toyed with. Checking your temp should be easy. Sometimes it’s impossible. If you don’t replace the battery in your digital thermometer, it’ll prove useless when you need it. Get yourself an old-fashioned, reliable mercury thermometer.

Had I been in confined quarters Sunday, you might not be reading this column because there’s a chance I wouldn’t be here. Think of this tale of woe as a public service announcement, and be careful with paint and other chemicals. Especially be careful with those cheap jugs of poison.