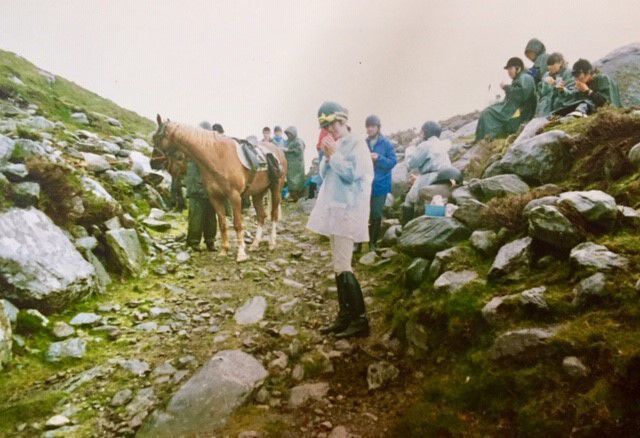 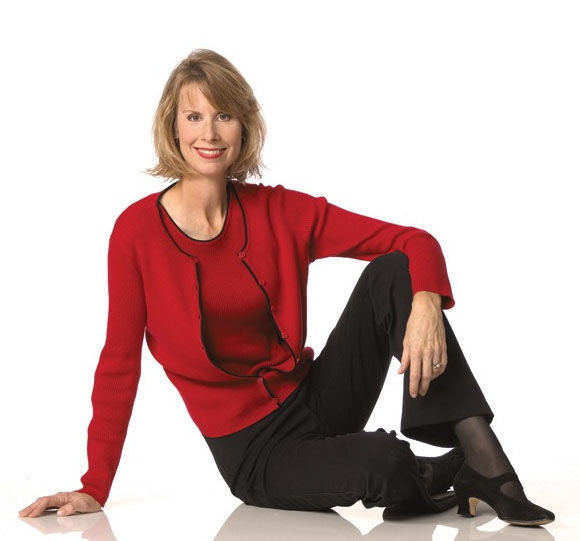 Every time it rains this hard my mind flits back to the early ‘90s when Paul, in the first blush of our relationship and also probably eager to get me to shut up, agreed to taking a horseback riding vacation through the southwest area of Ireland.

An early bucket list item for me, I did my due diligence by snail mail and exclaimed over the brochures arriving from overseas in glorious living color, illustrated with photos of laughing riders galloping in shirtsleeves over an endless sea of green countryside, pausing to take in the ruins of a castle, toasting each other from horseback with a drink in front of a pub on the beach.

Reader, we did all of that. In non-stop torrential rain.

We had chosen August as my research showed us that was the driest and hottest time of the year. We cashed in our frequent flyer miles and off we went, happily ensconced in the bulkhead of economy class, with the extra legroom that humans over six feet desperately require. A marvelous omen occurred, I was quite certain, when a flight attendant, 20 minutes into our flight approached us and whispered, “I’m a huge fan. There’s two seats available in first class that you’re welcome to if you’d like to move?”

As Paul and I settled in to our new seats, our attendant brought over a pen and paper.

“Can I bother you for your autograph?” she asked, and before I started writing, she grabbed the arm of another attendant walking by and said, “Can you believe it? We’re flying with Elaine Boosler!”

Without missing a beat, I dutifully wrote down, “Best wishes, Elaine Boosler.”

We arrived a bit bleary eyed, but otherwise quite well rested from our comfortable flight, yet were a bit dismayed that it was absolutely bucketing down with rain. We looked around for our contact from the stable, Ted, who was to drive us to the B&B for our first night’s stay. We spotted a younger version of Mickey Rooney at the luggage carousel, holding a sign with our names and in the true, stereotypical fashion of the Irish, kept up a running one-sided conversation as we hunched through the rain to his van, stowing our luggage in the back. Taking his seat and firing up the engine, Ted eyed us in the rearview mirror and barked, “Tis the rainiest August in tirty years!”

“Tirty. And it’s going to rain all week, but what’s a little water?” With that, he launched into “Forty Shades of Green” for the remainder of the trip.

We set out the next morning and took the reins of the horses assigned to us. Because I was experienced, I was given a very young, nervous horse that spooked at anything and everything, while Paul was given a sofa on four legs whose back was so wide one could serve dinner for six. Each day we rode for 20 miles to a new village, where our horses were taken and stabled nearby and our luggage was deposited into wherever we were booked. And each day the rain lashed down.

Our guide was a stodgy ginger girl with a permanent scowl and disdain for the inexperienced riders. She routinely dismissed the complaints of one Canadian woman who, within our group of nine, was a non-stop litany of complaints: “I need earmuffs!” “My hands are frozen!” “Can’t we turn around?” The rest of us, having packed rain ponchos just in case, as well as riding gloves, toughed it out. But after we were instructed to dismount to lead our horses through a very precarious area punctuated by bogs, all covered in grass, their treachery unknown unless a hapless horse or man happened to step into one and disappear, she then ordered us to get back on our horses to climb an enormous hill — a small mountain, really. At this point, the rain was horizontal. We saw a small wooden sign pointing the way with the words, WINDY GAP carved into it, and we trudged up and up, our horses blowing twin streams of steam from their nostrils, our soaked gloves buried deep into their manes. The trail was rugged with enormous boulders on either side.

“Stop!” Ginger yelled over the puffs of wind. “Lunch!”

“Are you kidding?” Paul yelled back, glancing at his sodden saddle bags, which could only contain sodden sandwiches. “It’s so windy!”

I have never been so wet, so miserable, so cold or so hungry. But we were determined to represent our country with dignity. I ate my rapidly disintegrating sandwich. So did Paul. The Canadian woman burst into tears.

But just like this past week in the Carolinas, by Saturday, the sun broke through like a triumphant shout. We were treated to a gallop along the beach of the Dingle Peninsula. Noses and cheeks red from the wind, we looked out over the Atlantic Ocean, a brilliant, brittle blue, reflecting back the skies overhead. Our group crossed over grassy dunes and drew rein in front of a pub. Ginger handed her reins over to an assistant and stomped into the pub. Minutes later servers appeared, holding aloft trays filled with tall glasses of piping hot Irish coffees. Nothing in my life has every tasted so good. In minutes, dark clouds began to make their way from the south and in no time at all we were drenched yet again.

Comedian Pam Stone can be reached at pammstone@gmail.com

The Latest: Tennessee's Dollywood parks to open in mid-June