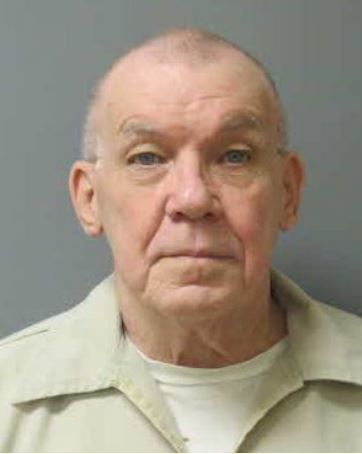 A man facing life in prison was granted parole in 2001 but spent nearly two decades in legal battles trying to get state officials to recognize that he was granted his freedom.

On Wednesday, the state Supreme Court acknowledged that he was granted parole 19 years ago but was kept in prison because the state Department of Probation, Parole and Pardon Services had been improperly denying inmates parole for years over an incorrect interpretation of the law.

David Lee Rose was initially sentenced to serve a life sentence on a kidnapping charge in 1978 out of Laurens County. Ten years later, he was granted parole, and while he didn’t commit any additional crimes on parole, he did fail to report to his parole officer and absconded for multiple years. His parole was revoked in 2000, and Rose was returned to prison.

In 2001, he sought parole again and went before six of the seven members of the parole board. He was denied parole, but in affidavits he and his cousin gave, they said a DPPPS employee told them he received four votes in favor of granting parole out of the six members.

“Unfortunately, at that time, D-triple-P was making two mistakes with their parole hearings,” Travis Dayhuff, Rose’s attorney, said before the state Supreme Court on Oct. 29. “The reason that four was not two-thirds of six ... they weren’t changing the quantum of the vote required to be obtained based on who showed up.”

Rose only needed two-thirds of the parole board members present to vote in his favor, but at the time, DPPPS was interpreting the law to mean that the inmate needed five out of the total seven board members to vote in favor of parole.

This mistaken interpretation of the law was how DPPPS ruled on parole hearings from 1986 to 2013 — or for 27 years. This could create impossible situations for inmates where only four board members show up, but the inmate still required five votes in order to be granted parole.

A 2013 court case, Barton v. South Carolina Department of Probation, Parole and Pardon Services, corrected DPPPS’s application of the law. Since then, excluding Rose, seven people have been granted parole under the Barton case, Dayhuff said.

Rose’s parole denial began a decadelong legal battle to appeal the board’s denial, with his case being bounced between jurisdictions and dismissed along the way. In 2013, Circuit Court Judge Frank Addy Jr. ordered DPPPS to investigate the case and determine how many votes Rose received at his 2001 hearing, which is where the case ran into another snag.

During the investigation, the DPPPS employee looking into the evidence only reviewed the affidavits presented by Rose and his cousin, and a ledger that showed Rose was rejected parole but didn’t include the vote count. The department did not keep track of the vote counts during that span, meaning there was no record of how the parole board voted in Rose’s 2001 hearing.

Tommy Evans, attorney for the DPPPS, said in the October Supreme Court hearing that other factors suggested that the board might not have given Rose four votes, but that there was no physical evidence to support that Rose lacked the necessary votes. He didn’t know if the investigator tried to find the former parole board members and ask them how they voted.

“So he didn’t do much of an investigation, did he,” asked Chief Justice Donald Beatty.

“I think he did enough to realize that there was a possibility that four votes wasn’t given,” Evans said, “and the problem is that we cannot just release an individual on kidnapping charges on assumptions.”

The evidence that did exist, the two affidavits, both supported the idea that Rose received four votes. Justice John Few told Evans it appeared the lack of evidence in the department’s case was the product of their lack of record keeping.

“Your agency has created, by its refusal to keep records, the absence of evidence that you now insist is necessary to get the relief that is sought,” Few said. “You have made your decisions completely insulated from review by refusing to maintain a record of the votes that were cast, and then come into court and contend because there’s no record, he can’t get parole.”

The 2001 attempt for parole wasn’t Rose’s only effort, either. Evans said in all subsequent years, Rose never received a single vote in favor of granting him parole — a claim that until 2014, the department would have kept no record to substantiate.

“It smacks a little bit of some retribution, doesn’t it? Not one vote in almost 20 years,” said Justice Kaye Hearn.

The state Supreme Court filed its unanimous opinion on Wednesday, overturning the lower court’s decision and finding that Rose was granted parole in 2001.

Botched kidnapping from 42 years ago back in news

Not much went right in the 1978 kidnapping plot that landed two men in prison.