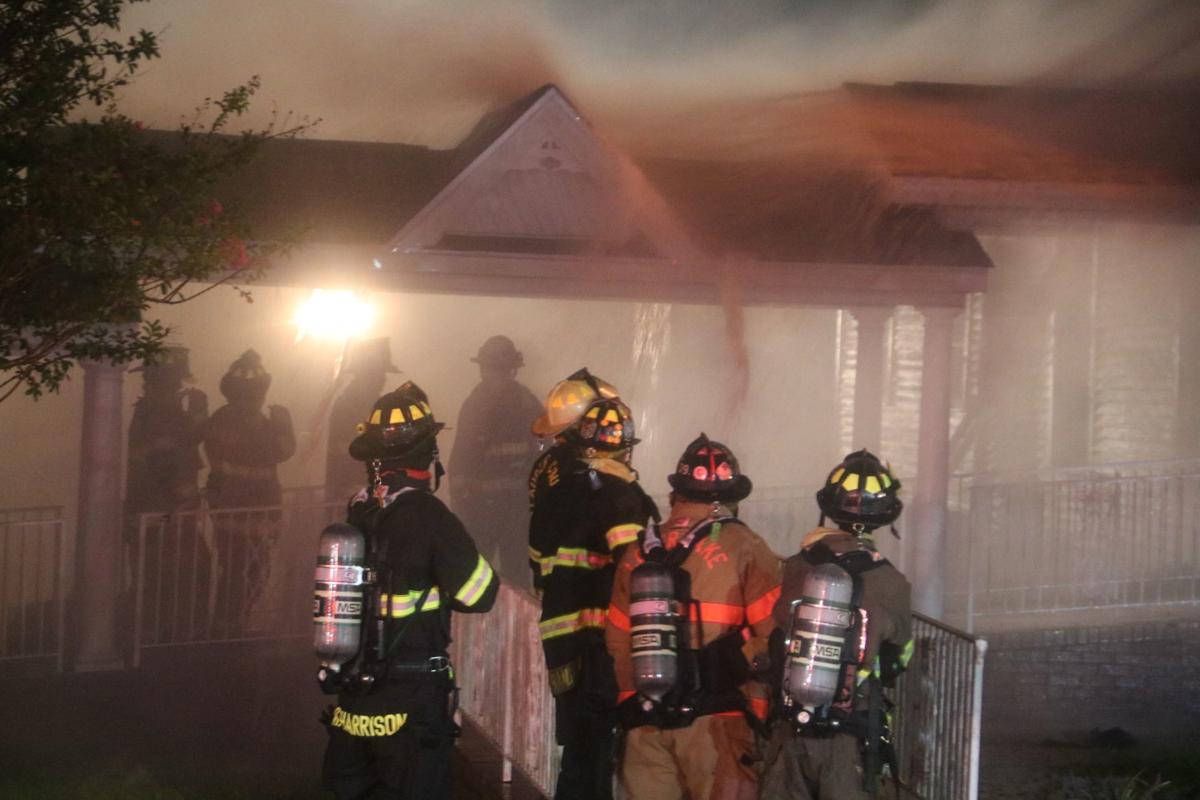 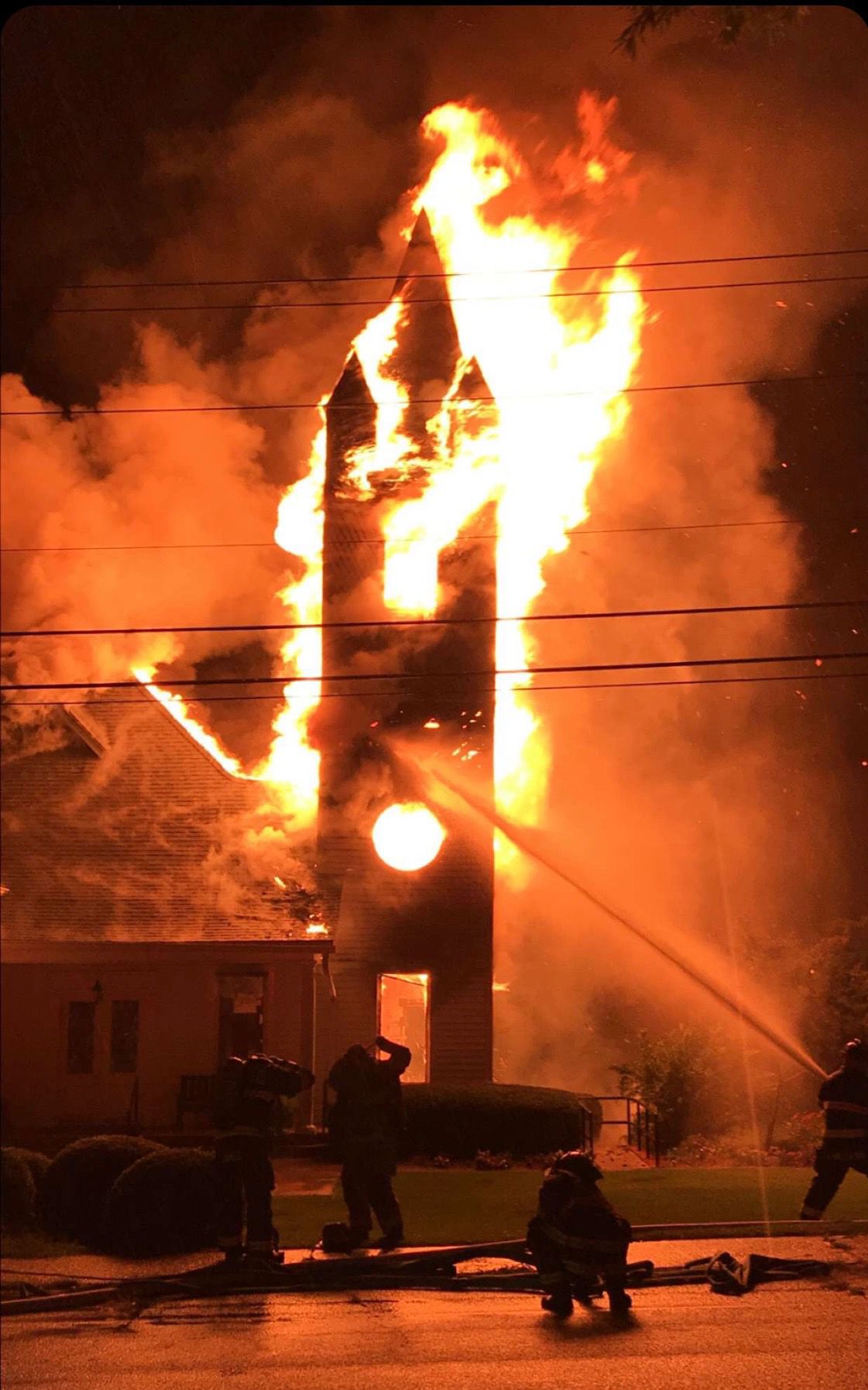 Maye Haddon, clerk of session at Hodges Presbyterian Church, said officials told her it was likely struck by lighting. 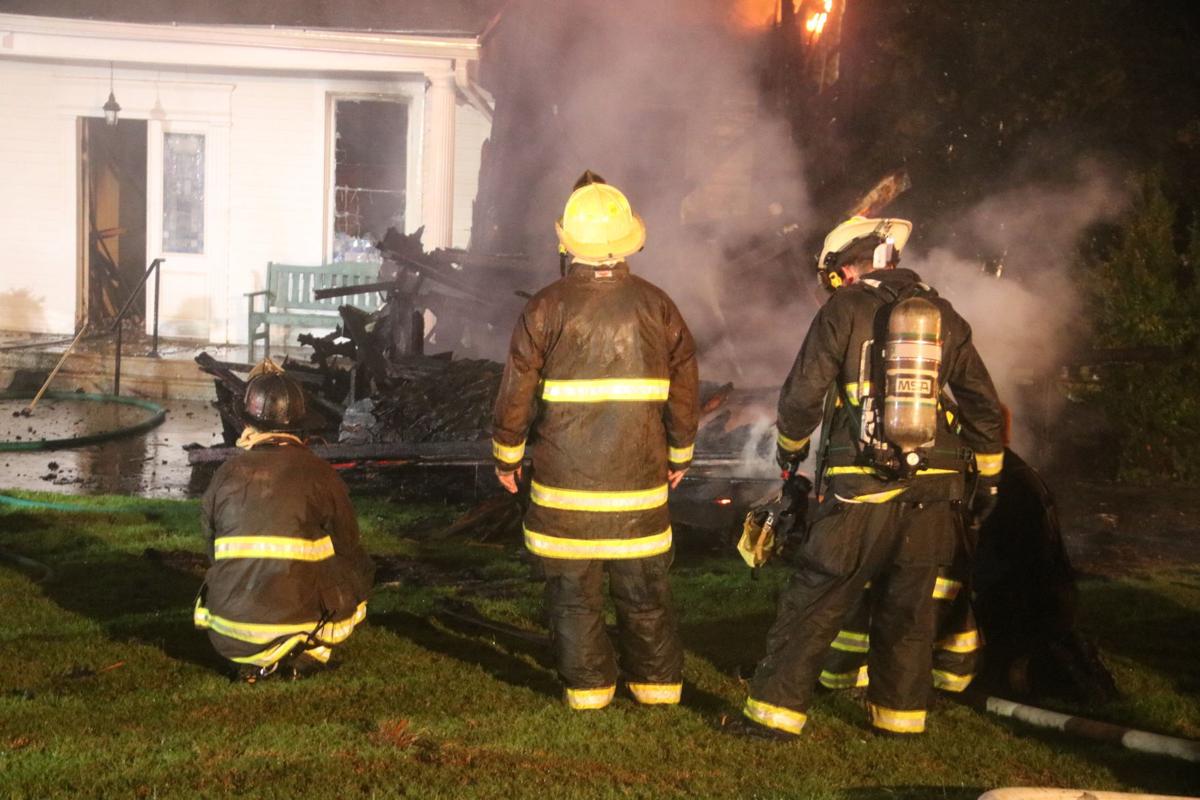 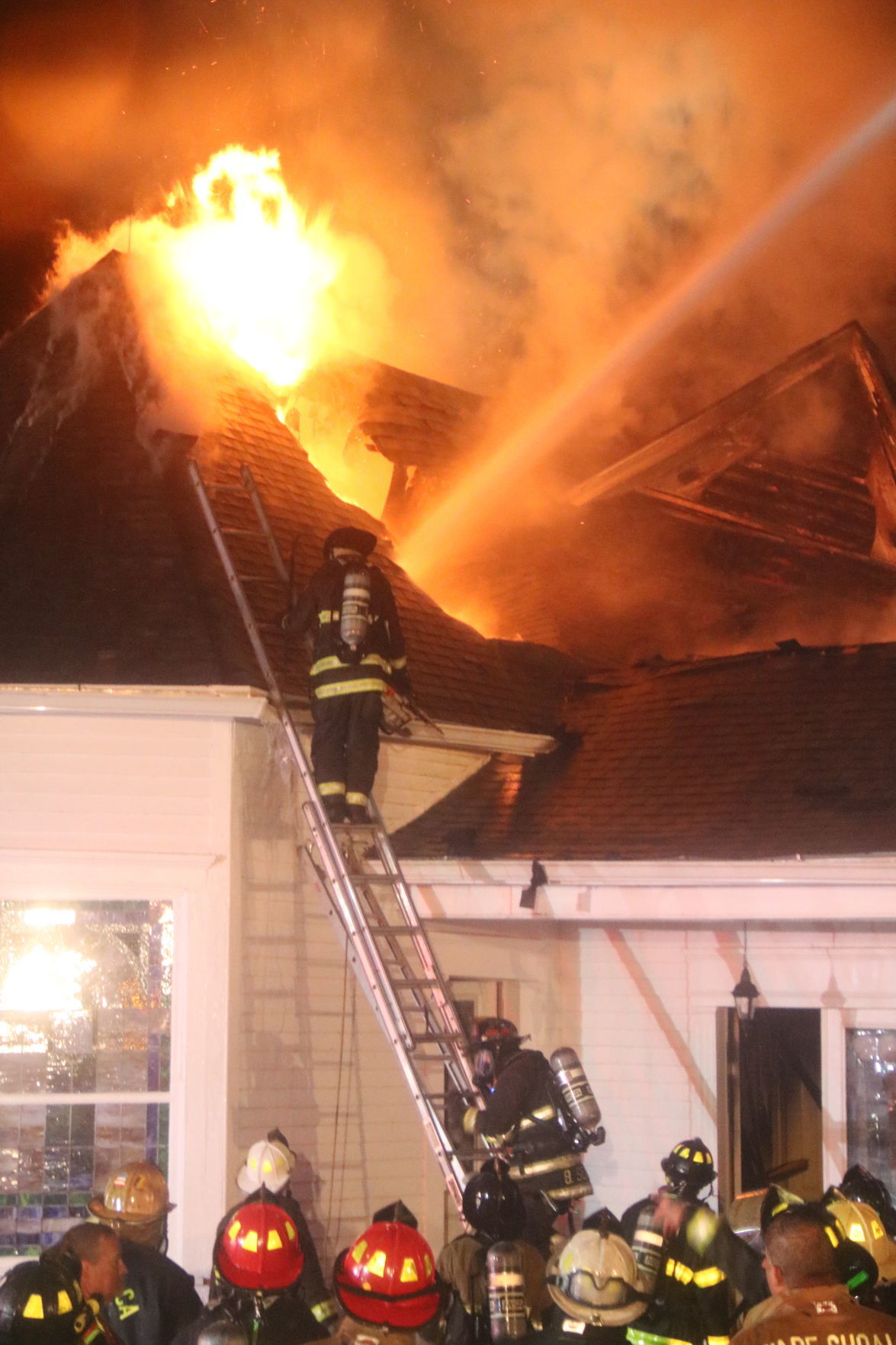 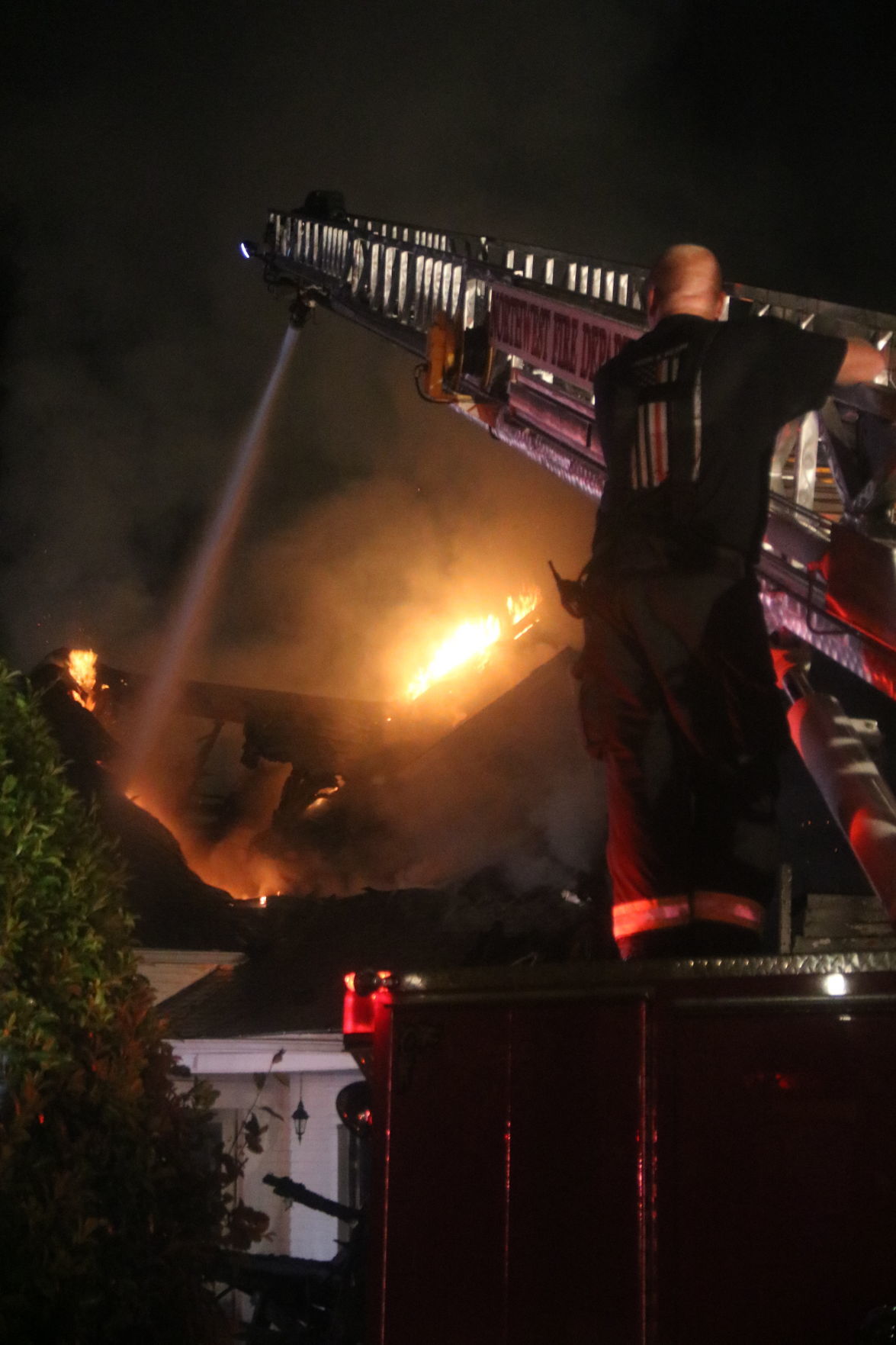 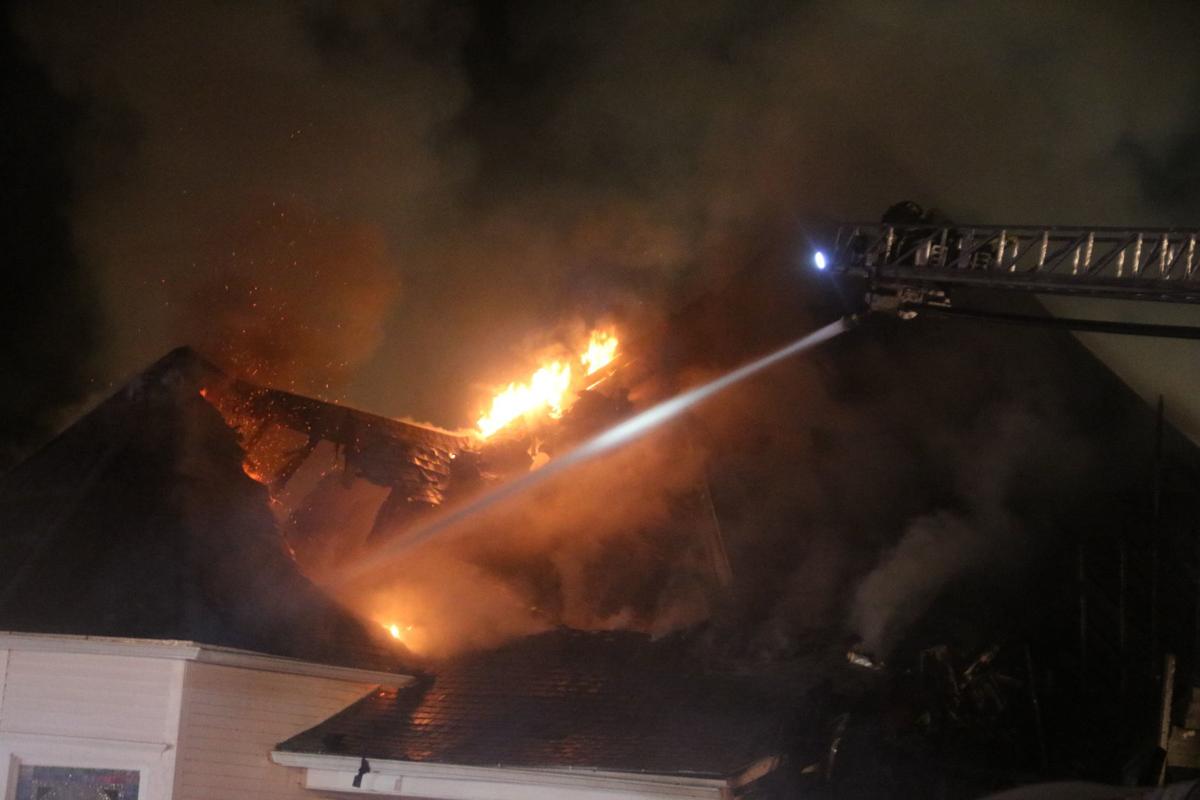 Large sections of the roof had caved in by 11 p.m. 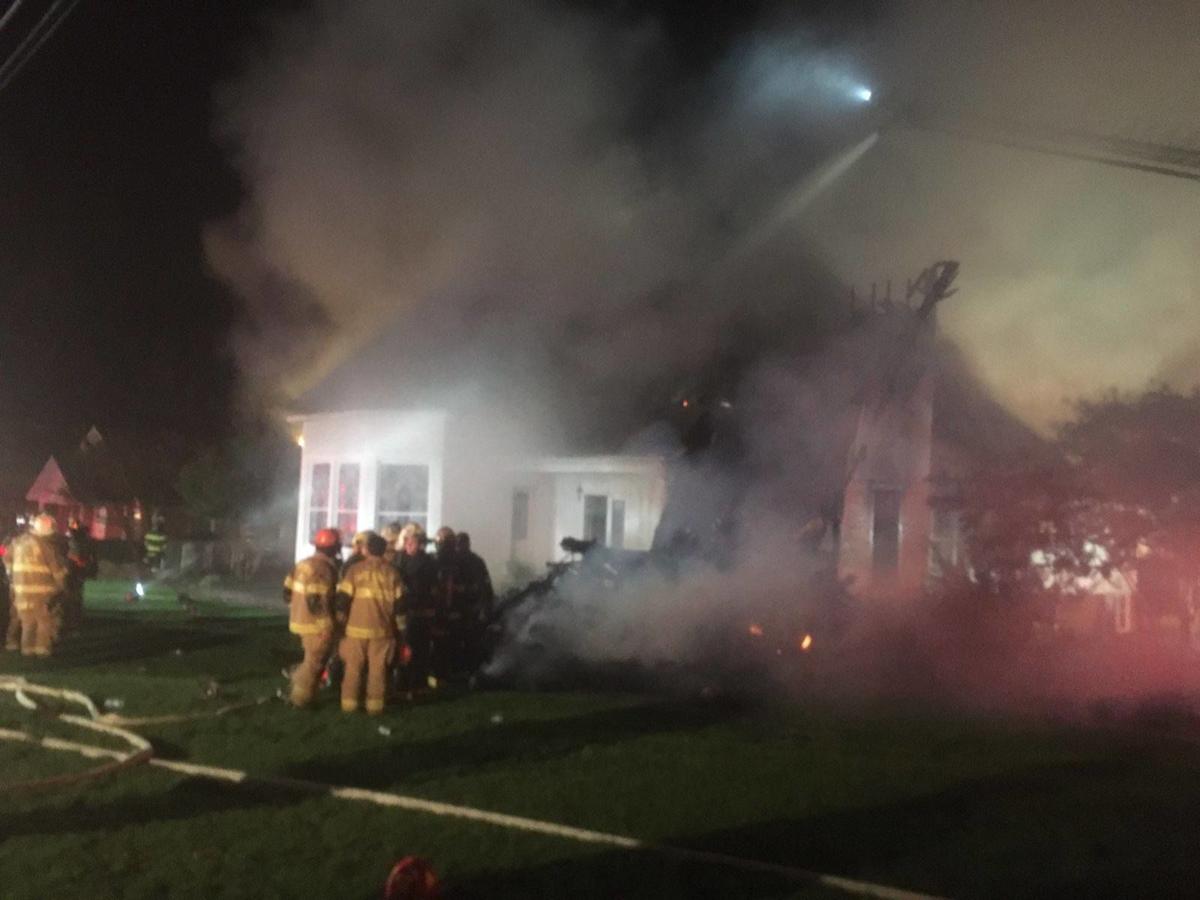 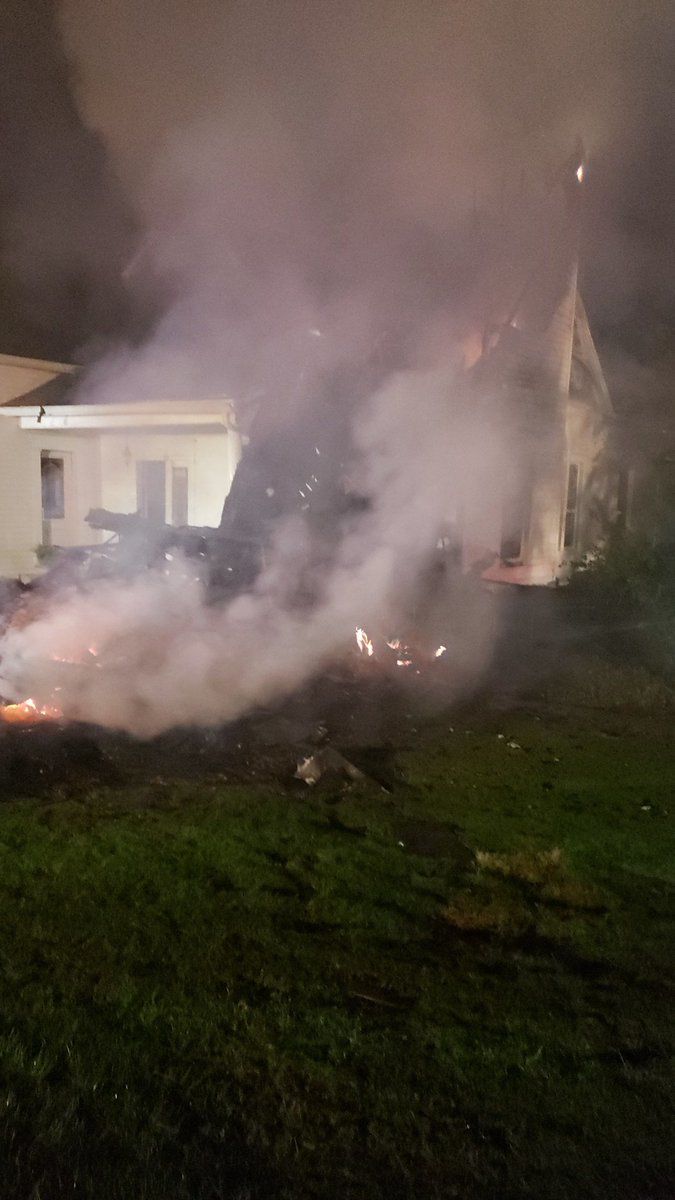 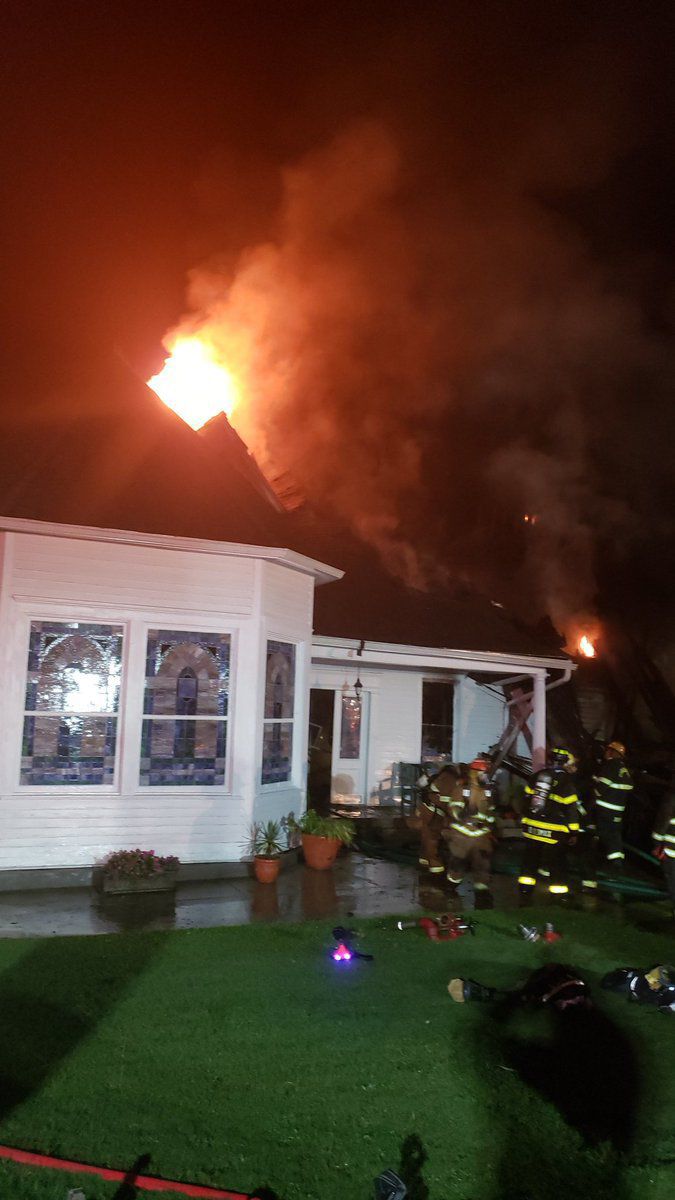 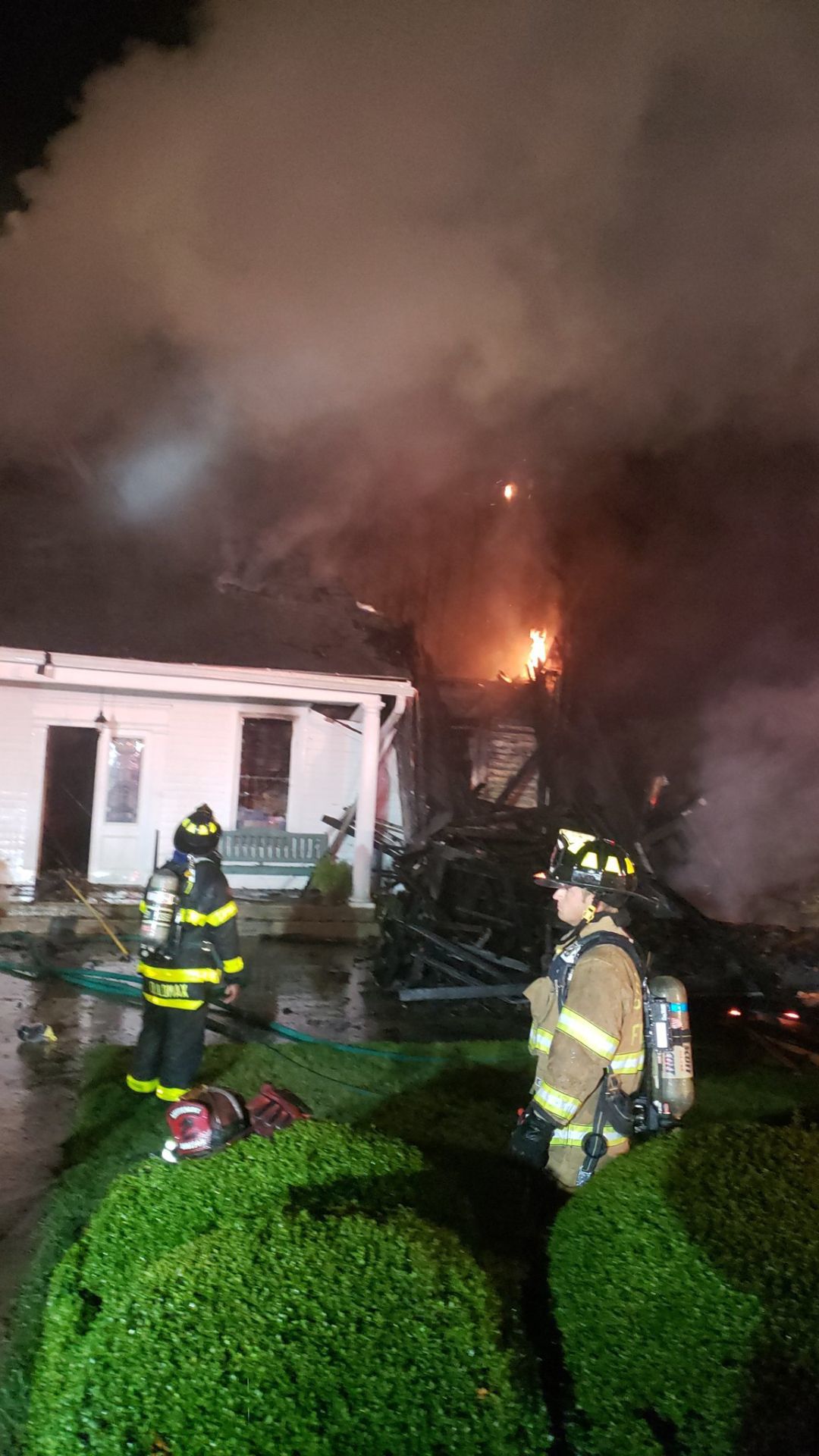 Maye Haddon, clerk of session at Hodges Presbyterian Church, said officials told her it was likely struck by lighting.

Large sections of the roof had caved in by 11 p.m.

HODGES — Hampton Hunter, the minister at Hodges Presbyterian Church, got a call at about 8:55 Monday night. His church was on fire.

Fire officials who were busy battling the blaze were unable to comment on the damage the historic church sustained. But its steeple collapsed and large portions of the roof had caved in. Maye Haddon, its clerk of session, said officials told her it was likely struck by lighting from a storm that toppled trees in and around Greenwood.

Hodges Presbyterian dates back to 1899, when a group of residents decided Presbyterians needed a place to worship in the town that then had about 250 residents.

Construction of the American Gothic building began in 1900 and concluded the following year. It sits on a 2-acre lot at 4413 Main St.

“It’s gone through a lot,” Haddon said. “Families have been here one right after another, generation after generation, not too many outsiders.” But, she added, “We’ve always had people say when they visited us how friendly the church is.”

Hunter said the next step is to pray and see what God intends for the church’s 45-some active members.

“All of the leadership and the main offices have been made aware of what’s going on and things are already mobilizing,” said Kevin Cartee of First Presbyterian Ware Shoals. “There are disaster relief things that are in place in our denomination as a whole, so the Presbyterian can appeal for aid to the national church — there’s just a real web of support that will come together.”

The church is a member of Trinity Presbyterian, which counts 62 churches from Columbia to the Upstate, Cartee said.

Mark Hall, of Abbeville, stood outside watching it burn. He and his wife were married in the church 53 years ago. He visits from time to time and said he was last in the church six months ago.

Mara Branham and Anna Smith, students at Erskine College, were trying to get back to campus when they encountered the blaze. They parked on the side of the road, unable to continue, and Smith, who is EMT certified, got out of the car to see whether she could help.

Branham said she was told nobody was inside or hurt, something confirmed by other fire officials on scene.

“Part of being Presbyterian is being connectional,” Cartee said. Representatives from several nearby Presbyterian churches had come out to stand in solidarity as firefighters battled a fire that seemed to sprout no less fierce after being doused with gallons of water. “Small congregations have a lot of vision and a lot of desire to reach out into the local community. What I’ve been hearing around me tonight is the local community reaching back to this church and saying come worship in our space.”

In Bolsonaro's Brazil, everyone else is to blame for virus