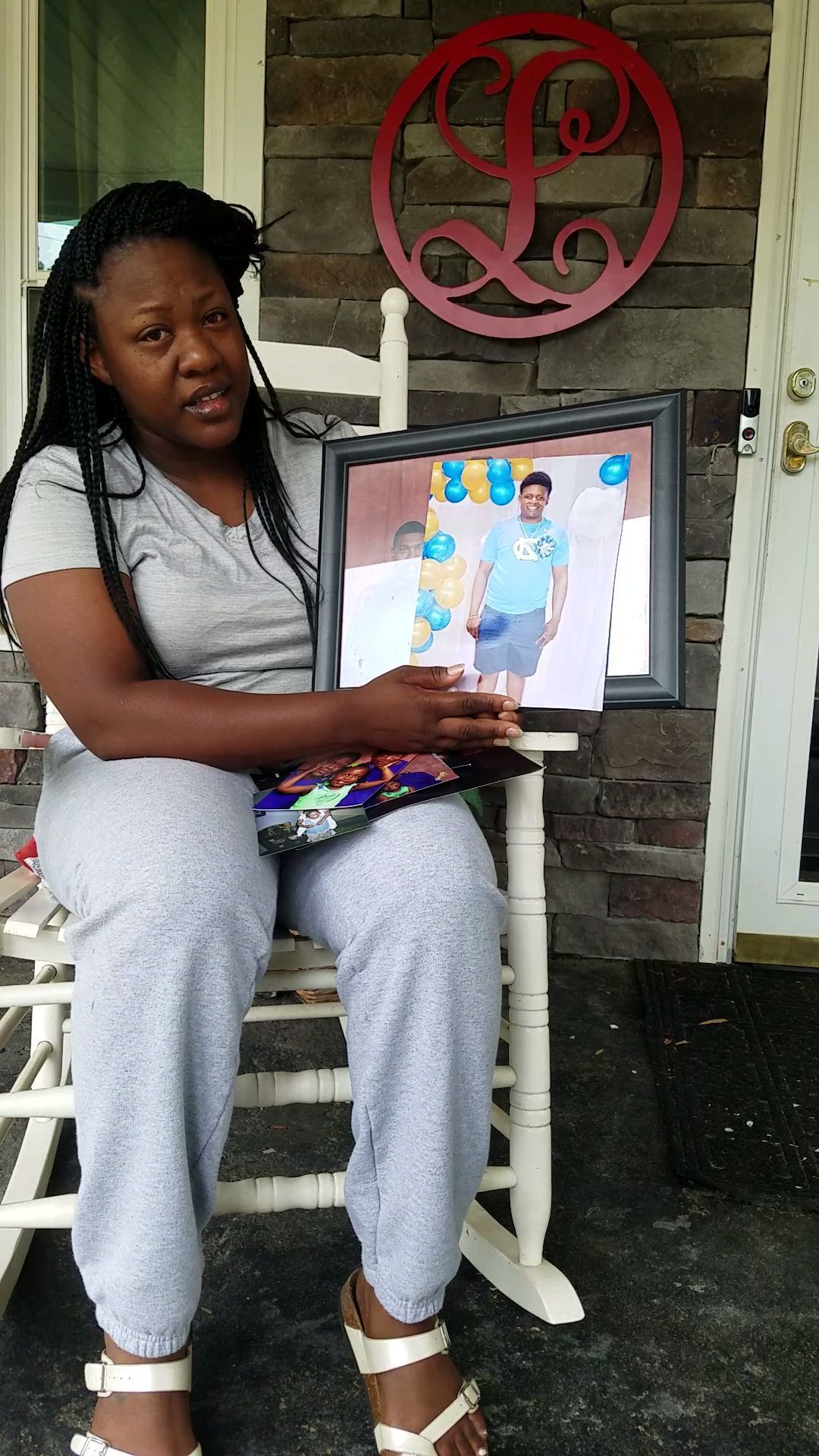 Zykevious Ramsey’s sister, Jada Leverette, said her brother was a loving, quiet and kind person, and she didn’t know who or why someone killed him early Tuesday morning. 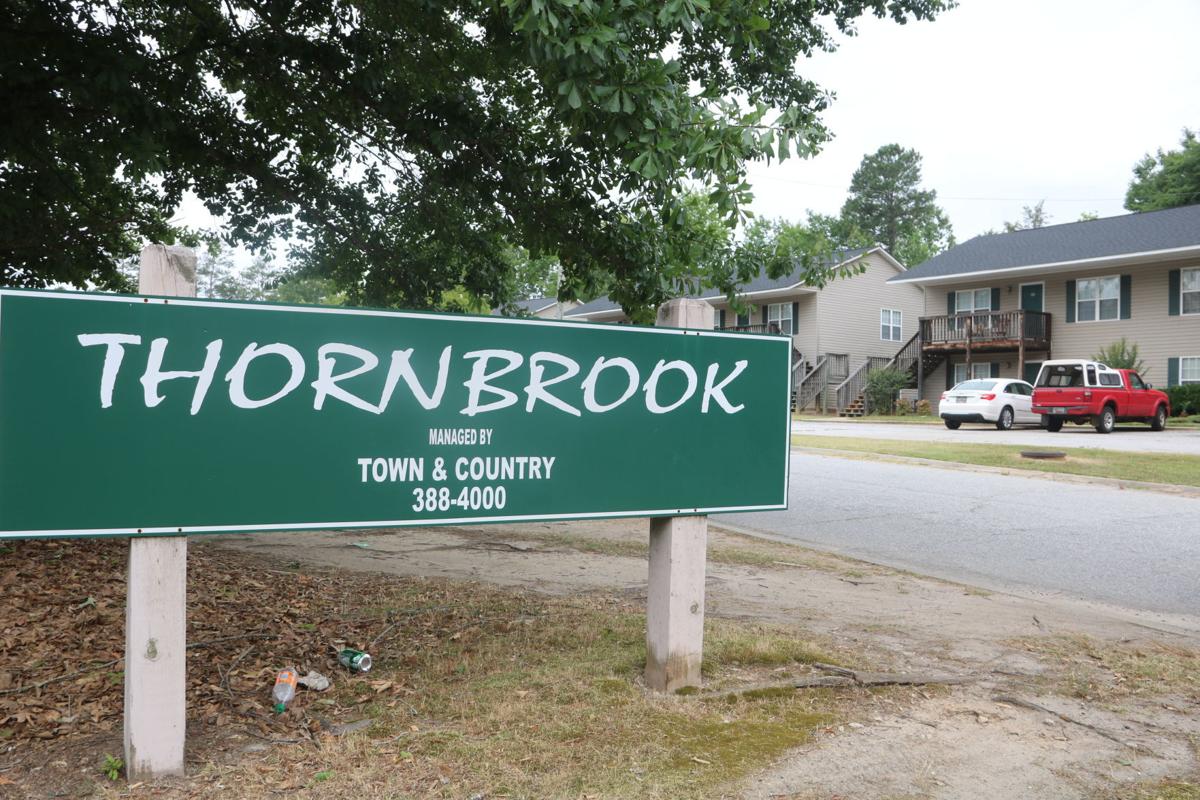 Zykevious Ramsey, 22, was shot in the head outside of a Thornbrook Court apartment and later died at the hospital, according to police.

Zykevious Ramsey’s sister, Jada Leverette, said her brother was a loving, quiet and kind person, and she didn’t know who or why someone killed him early Tuesday morning.

Zykevious Ramsey, 22, was shot in the head outside of a Thornbrook Court apartment and later died at the hospital, according to police.

Zykevious Ramsey was turning his life around for his newborn son — his family said he should have been safe at his home, but early Tuesday morning he was shot in the head on his front steps.

Police found 22-year-old Ramsey at 12:30 a.m. Tuesday sitting on the steps outside his Thornbrook Court apartment, said Greenwood Police Department Public Information Officer Jonathan Link. Ramsey was alive at the time, and was taken to Self Regional Medical Center, where he died of his injuries at 2:46 a.m., Coroner Sonny Cox said in a release.

“He was a father, a loving boyfriend — he was a provider,” said Lillie Sprowl, an aunt to Ramsey who family members said raised him as a child.

Ramsey’s relatives gathered Tuesday in shock and confusion, mourning his early death. He had just had a son, 1-month-old Zymir, and becoming a father had transformed Ramsey’s life, said his sister, Jada Leverette.

“He was a quiet person, a young boy who was getting his life on track,” said Sharon Lyons, a great-aunt to Ramsey. “He grew up in the church, had a family that loved him. He was always smiling.”

Leverette said everything seemed normal when she last saw her brother. He had come by to visit family and drop Zymir off to be babysat, and as Leverette was coming home from work she got to spend some time catching up with her brother. Hours later, she got the call from his girlfriend that he had been shot and killed.

She said he had a deep love for his newborn son. He was getting into a morning routine of giving his son a bath, then spending time out on the balcony with his baby.

Leverette even thought back to the last meaningful conversation she had with her brother. Her birthday party had been on Memorial Day, and Ramsey had been “cutting up” and acting out a bit at the party, she said. On Friday, she said he called her up and apologized for his behavior — said that it was her birthday and he shouldn’t have acted out. For Leverette, this was a sign that fatherhood was maturing her brother.

But there were still quirks that she said made Ramsey special. He was an avid lover of bubblegum and was always asking around for a piece, she said.

“Nobody would want to hurt him,” Sprowl said. “He was so caring and lovable.”

Detectives are interviewing potential witnesses and investigating leads, Link said. They only know of the one shot being fired.

When officers arrived at the scene they spoke with a woman who said she was Ramsey’s girlfriend. She said as Monday approached midnight Ramsey went outside because he was meeting someone, and she saw him talking to a man in a gold Camry, according to a report.

When he came back inside he said a friend was coming over, the report said, but when he and the woman heard a car alarm going off Ramsey went outside again. That’s when she heard the gunshot, and as she ran to a back bedroom she heard someone run in and say Ramsey had been set up and killed, the report said.

To whoever killed her brother, Leverette said she and the family are praying for justice.

“Eventually we will find out who did this,” she said. “We’re just asking for justice. The Lord will take care of it.”

More than five months after Zykevious Ramsey was shot in the head on his front steps, police have arrested a man suspected of being the shooter.

National Archives: 'We made a mistake' altering Trump photos

Astros, Red Sox look ahead in wake of sign-stealing scandal