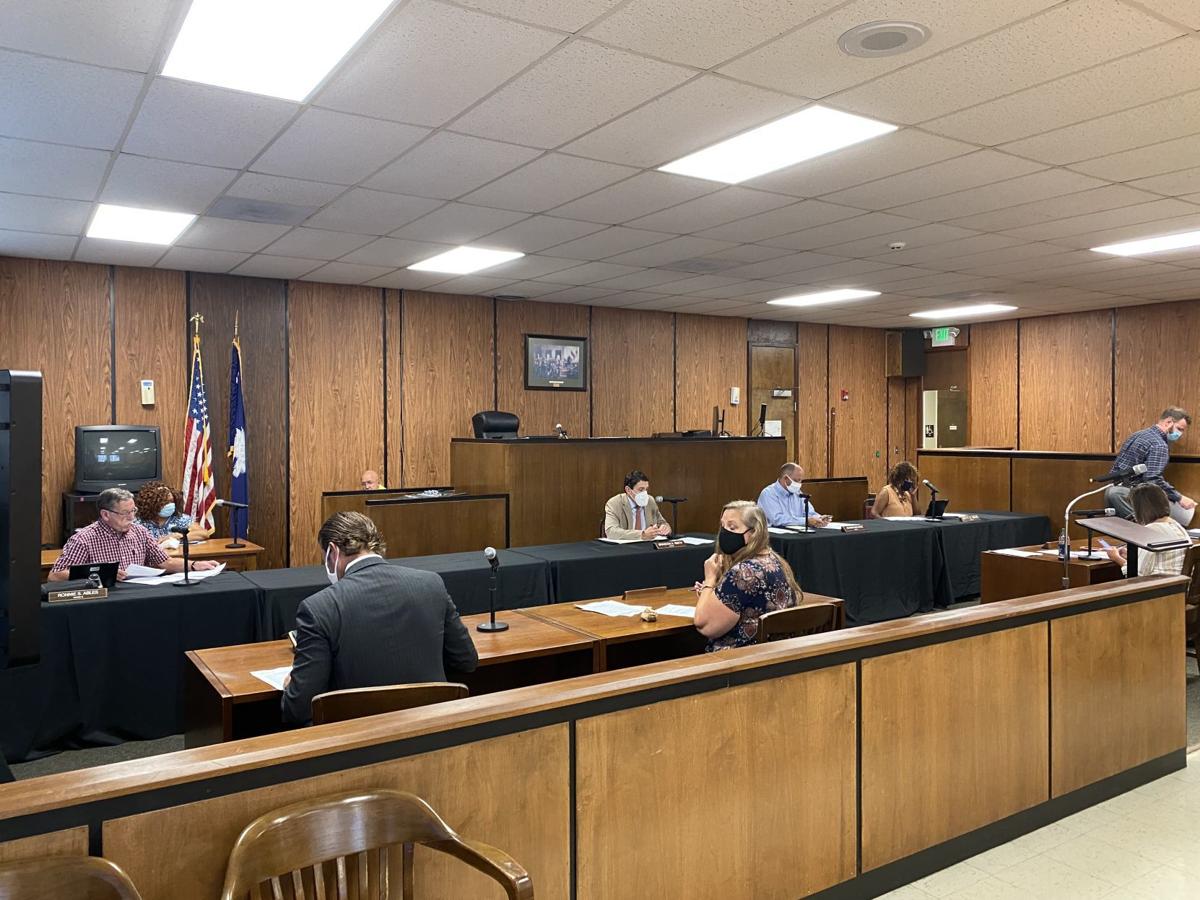 Greenwood City Council approved an emergency ordinance to require face masks to be worn in the city. 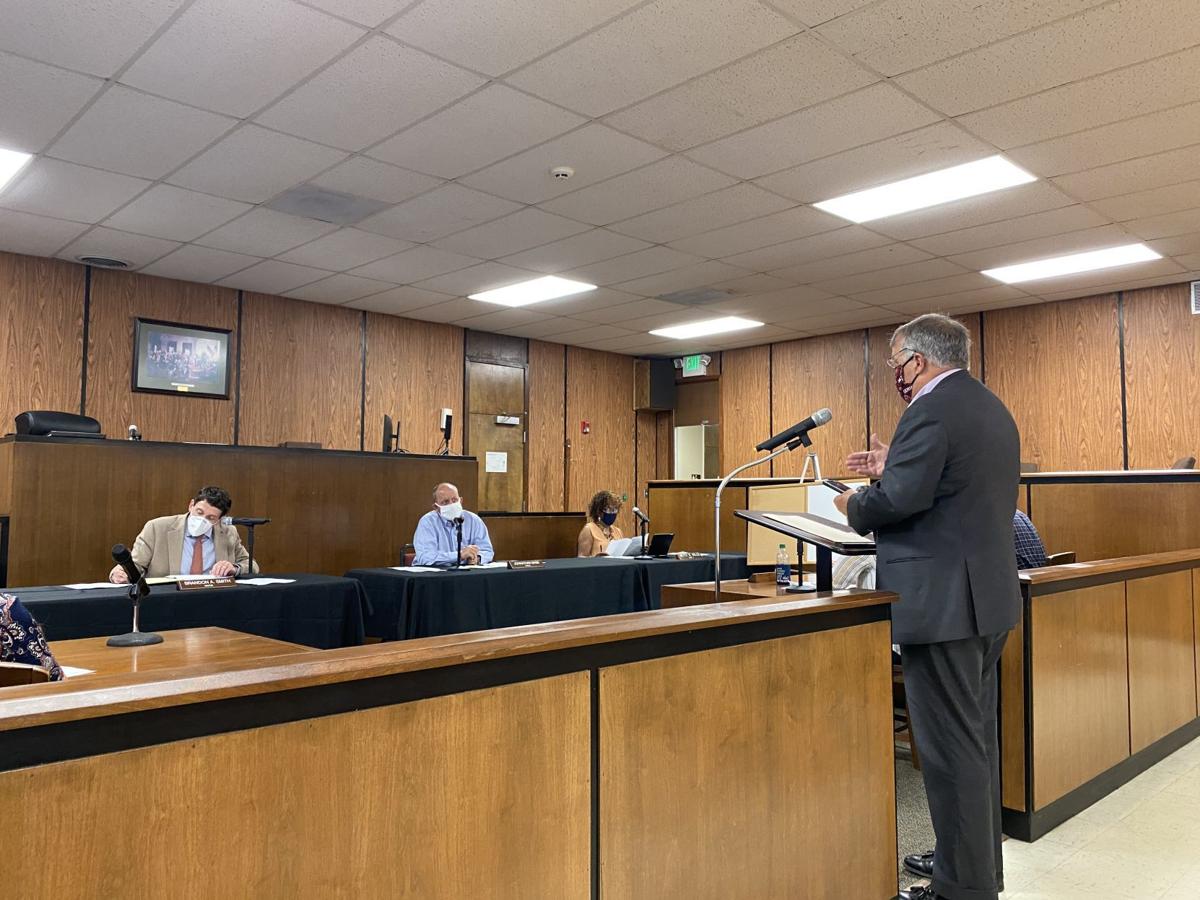 Self Regional Healthcare CEO Jim Pfeiffer speaks to Greenwood City Council about the importance of a mask ordinance. 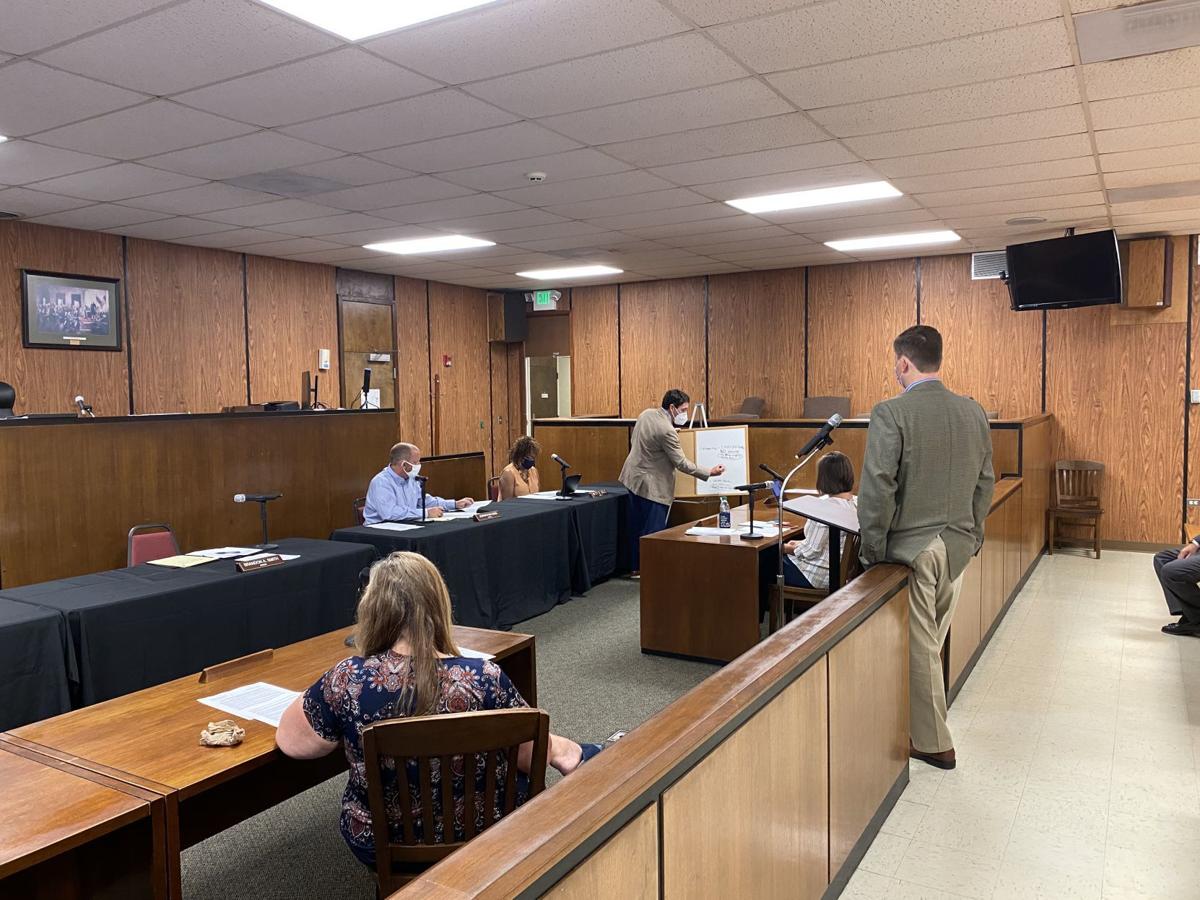 Greenwood City Council approved an emergency ordinance to require face masks to be worn in the city.

Self Regional Healthcare CEO Jim Pfeiffer speaks to Greenwood City Council about the importance of a mask ordinance.

Greenwood City Council voted 5-2 on an emergency ordinance to require face coverings in all food service and retail establishments in the city. Mayor Brandon Smith and Councilman Ronnie Ables were the lone dissenting votes.

“What we are being asked to do is unprecedented,” Smith said.

Before the discussion began, Self Regional Healthcare CEO Jim Pfeiffer was invited to speak to council.

Pfeiffer said there is a lag period between when someone dies from COVID-19 and when it is reported. He said the number of deaths is still considerable.

“The more positives you have, the more people are going to die,” Pfeiffer said. “That’s a fact.”

Self Regional’s Chief Medical Officer Dr. Matthew Logan told council the majority of physicians he spoke with at the hospital are supportive of a mask ordinance.

Smith questioned Logan about what the minimum standard was regarding mask usage compared to other viruses. Smith even used a dry erase board to illustrate his point.

Logan said that maintaining a 6-foot distance outside with a breeze would be fine without a mask. He said when inside, there are many variables such as temperature of the room, air circulation and viral load of the infected person that make social distancing without a mask inside more complicated.

During the discussion, Ables voiced his opposition to a mask ordinance.

“It takes the freedom away from the people to make their own decision,” Ables said.

Councilwoman Niki Hutto, who was out of town participating via teleconference, asked what the county planned to do. Miller said he heard the county was not going to do an ordinance.

“All we can do is control what we can control,” Smith said.

The special called meeting lasted more than two hours and was attended by every member of council, whether virtually or in-person.

There are a number of exemptions from this ordinance. For example, masks are not required to be worn outdoors if social distancing of at least 6 feet is possible and observed. Also, exemptions are in place for those that cannot wear a face mask for medical reasons, religious reasons, or for children under the age of 10.

While dining in at a restaurant, a patron will have to wear a mask until seated. Masks are not required if an individual works in a private, individual office, or if being directed by law enforcement. Also, a mask is not required when it is not practical or feasible such as swimming or receiving dental services.

The penalty for violating the ordinance for individuals is a fine not to exceed $100. An owner, manager or supervisor of an establishment can be fined up to $500. Businesses can also face the revocation of its permit and license or be deemed a public nuisance for repeated violations of this ordinance.

The ordinance will be in effect for 61 days unless repealed by a two-thirds vote of city council.

Greenwood City Council approved an emergency ordinance on a 5-2 vote to require face masks to be worn in the city.

Greenwood City Council voted 5-2 to approve an emergency ordinance that requires face masks to be worn in the city.

'Kicked in the teeth': Devastation mounts from Midwest storm

Radical or moderate? Trump paints Democratic ticket as both