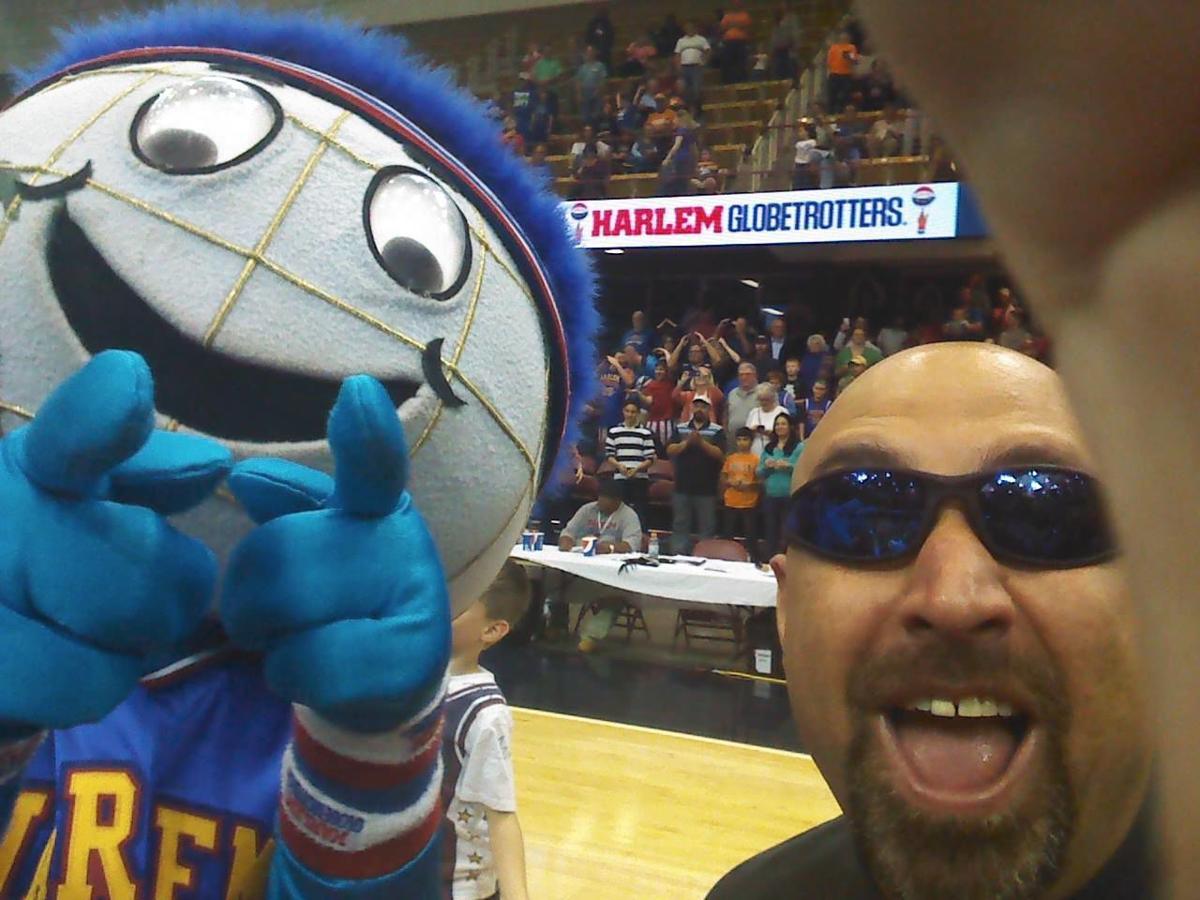 Harlem Globes mascot Globie poses with Mike Elis for a selfie. Or, Elis poses with Globie. Either way, Globie is on the left. 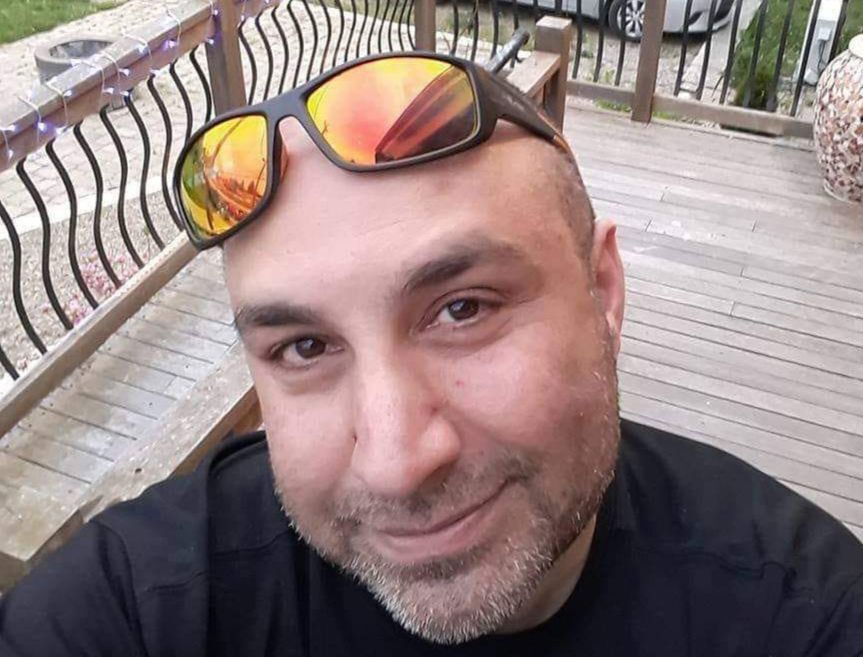 The picture attached to this column represents what a parent will do for his/her children when they really want something; and how every story can have a twist in a matter of seconds.

Five years ago, my son, David, and I were watching television when a commercial aired for the Harlem Globetrotters game coming to Greenville. I am not a sentimental person, but I couldn’t help but smile as I thought about the time my father took me to see Sweet Lou Dunbar, Geese, Curly Neal and my hero, Meadowlark Lemon.

What a day it was. After watching them on Scooby-Doo and the appearances on Wide World of Sports, I was treated to a huge thing of cotton candy, a jumbo hot dog and a collector cup full of Pepsi that was $4 at the time (things have changed). And although I wanted to meet Meadowlark Lemon, that didn’t happen but he made the game-winning shot which was so cool.

“Daddy, will you take me to see this game?”

I was almost in tears. My 8-year-old son asking me to take him to this was such a shocker, especially since he is not a sports fan. Doing the math, it had been exactly 30 years since my dad took me, and I was so excited.

I looked at my calendar and saw that I was scheduled to perform in Asheville, North Carolina on the night of the game. I looked at my son, saw that smile, and instantly messaged the guy who booked the comedy show. “Sorry, I can’t make it. Something came up, so please find someone else.” With my busy schedule traveling and performing, I was so happy to spend a day with my son. It meant the world to me that he asked. Although I needed the money from the show, this was so much more important.

We got to the game, “Sweet Georgia Brown” played over the sound system, and I spoiled him rotten. A hot dog, nachos, soda, game program and a mini basketball in the Harlem Globetrotter red, white and blue later, we were having the time of our lives. My son had everything, or so I thought.

At the second timeout break, the stadium erupted as the Globetrotters mascot, Globie, came onto the court and danced, played to the crowd and went into the first few rows, taking photos with kids. My son looked up at me, “Daddy, I want a photo with Globie.” We didn’t have courtside seats, and he wasn’t coming up the 15 rows or so to our seats. I looked down at him and remembered how I didn’t get to meet Meadowlark Lemon. It was time for me to be a dad, time for me to be a problem solver and time for me to be — a hero.

“OK David, here is what we are going to do. At the next break, we will run past the usher onto the court, and I want you to run up to Globie, and I will quickly take a picture for you and we will run back. What do you think, son? Are you in?”

Neither David nor I are big risk-takers, and I thought that would be the end of it, but he looked at me with this evil 8-year-old smile and replied, “Let’s do this.”

Halftime came and Globie stormed onto the court. At that very moment, the usher in front of us was distracted while talking to someone and I told David, “Follow me.” I had a clear path and ran onto the court. Only one issue; when I turned around, no David. I looked up and David chickened out. He was in his seat, sipping on his giant soda and looked in disbelief that daddy just did that.

The only thing missing was Ashton Kutcher. I got “Punk’d.”

Yup, he got me, but I wouldn’t go quietly. I ran over to Globie mid-halftime show, grabbed my phone and posed with him for a selfie. I had just enough time before security came out who nicely told me to return to my seat.

I would do it all again for David, and I hope 30 years from now, my son will take my future grandson to a Globetrotters game and smile the way I did. I was so thankful for him to experience something from my childhood. I was also thankful I have a photo to always remember it, even if I wished my son was in it as well.

I am not the perfect father by any stretch of the imagination, but on that night, daddy was nothing but net.

Mike Elis is a comic emcee and music and comedy promoter. Be sure to tune in to his radio show “The Mike on the Mic” show on WZLA 92.9FM.

Mike Elis is a comic emcee and music and comedy promoter. Be sure to tune in to his radio show “The Mike on the Mic” show on WZLA 92.9FM.