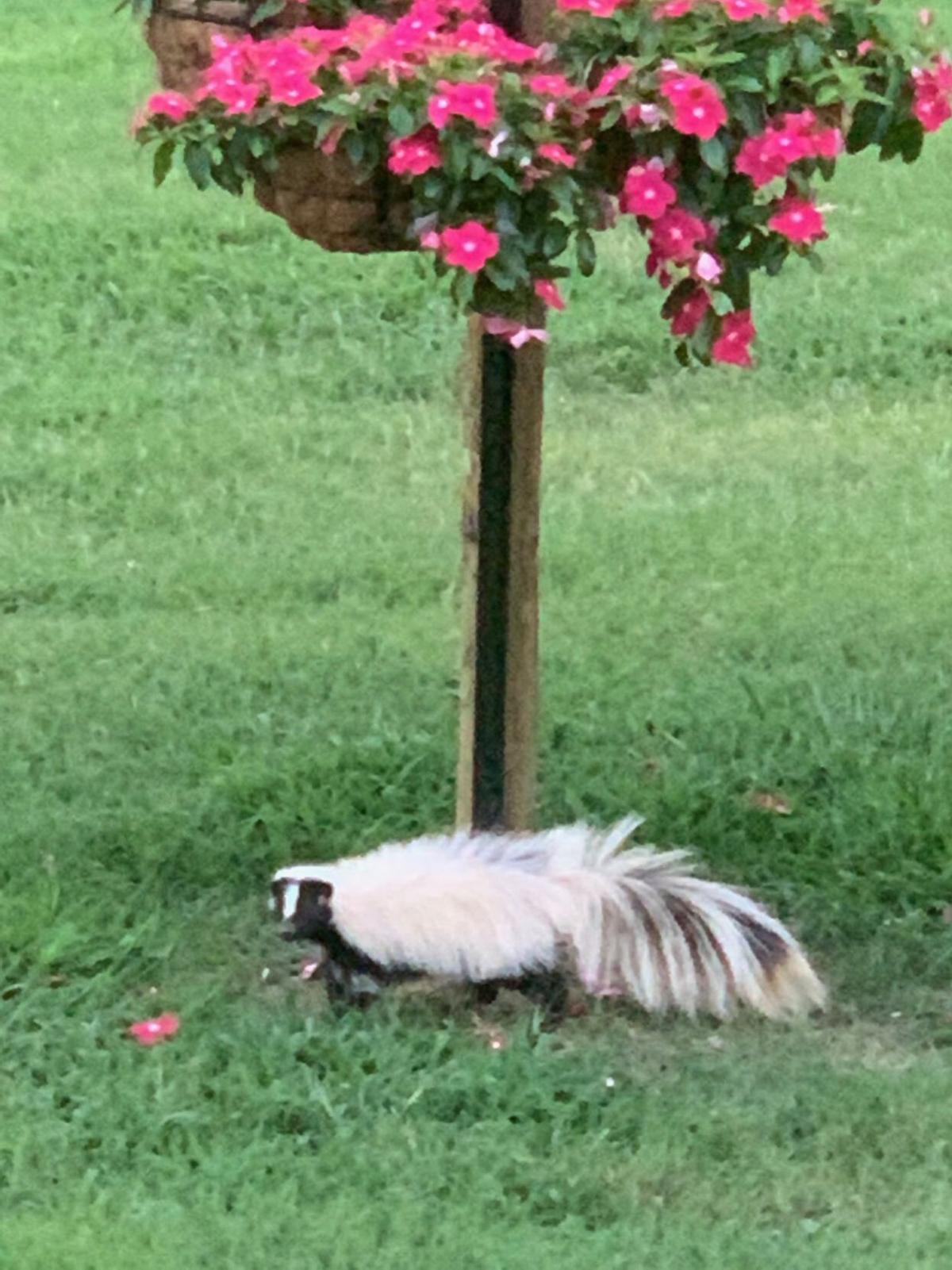 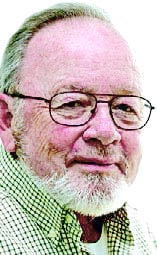 Question: I would appreciate it if you could address the following questions in your column. We are being invaded by hooded skunks. What is their native habitat? Do they have any natural enemies? Are they able to mate with striped skunks, and if so, what traits would be dominant? (Submitted by Overwhelmed, from Greenwood)

Reply: Hooded skunks? That’s a new one on me. But that’s the beauty of the Curiosity Corner. I learn from my readers’ questions, and never let them skunk me! Here’s what I found out. The hooded skunk is quite similar to the black and white striped skunk (commonly found in the southern United States), with the exception of soft, longer hair and a collar of white fur around its neck and down the back that gives the animal its common name. (See picture provided by “Overwhelmed.”)

If you have ever caught a whiff of a skunk’s spray, you might be wondering what makes it so horridly pungent and rank (a smell you never forget or want again). It contains thiols, chemical compounds composed mainly of sulfur and hydrogen, also found in onions and garlic. A concentrated spray may be ejected up to 18 feet and smelled for a long distance.

Just in case you need it, a mixture of hydrogen peroxide and baking soda helps neutralize the smell. Oddly enough, skunks are sometimes kept as pets, with the scent gland removed surgically. It is legal to own domesticated skunks in only 17 states. South Carolina isn’t one of them, but my readers in West Virginia can do so. Skunks can be helpful, since they eat mice, wasps, beetles and other unwanted creatures.

Now, that’s enough general skunkology. Let’s get back to your questions. Hooded skunks are native to the Southwestern United States, Mexico and Central America, being most abundant in Mexico. How they got to Greenwood, I don’t know. Probably someone brought a couple into the state, or they hitchhiked commercially. There are a lot of stories of animals being found far away from their natural habitat.

Do they have any natural enemies? Yes, there are predators, including foxes, coyotes and domestic dogs. From above, there may be birds of prey, such as owls and hawks.

Are they able to mate with striped skunks? I don’t know about that; there are no reports of crossbreeding between the two, but if a skunk with a striped hood turns up, we’ll know the story… Oh yes! “Overwhelmed” mentioned in our email exchanges that if anyone providing a good home wants a free hooded skunk, she has them available!

C.P.S. (Curious Postscript): “When it comes to skunks, social distancing is not a problem.”