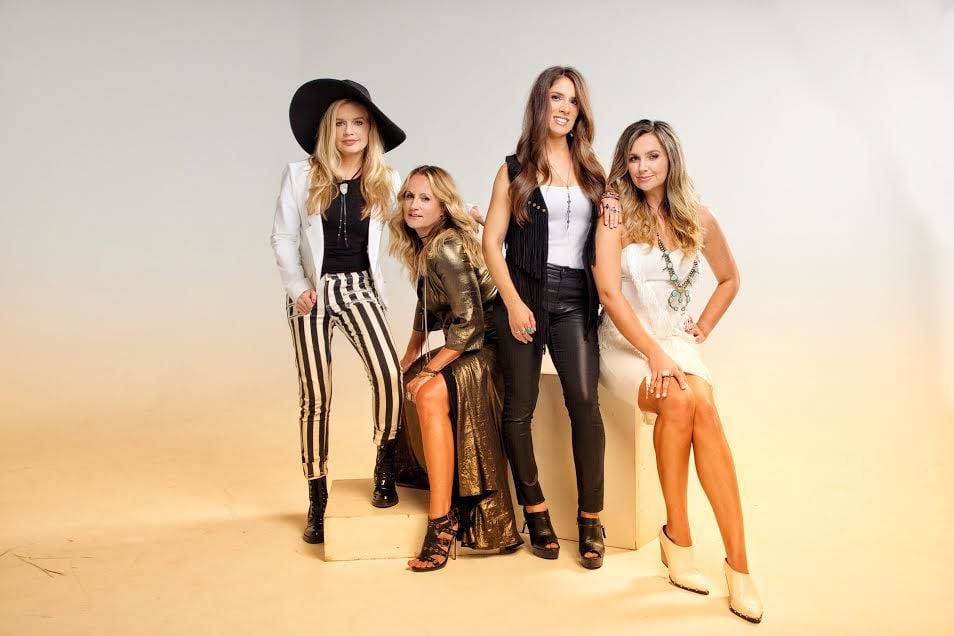 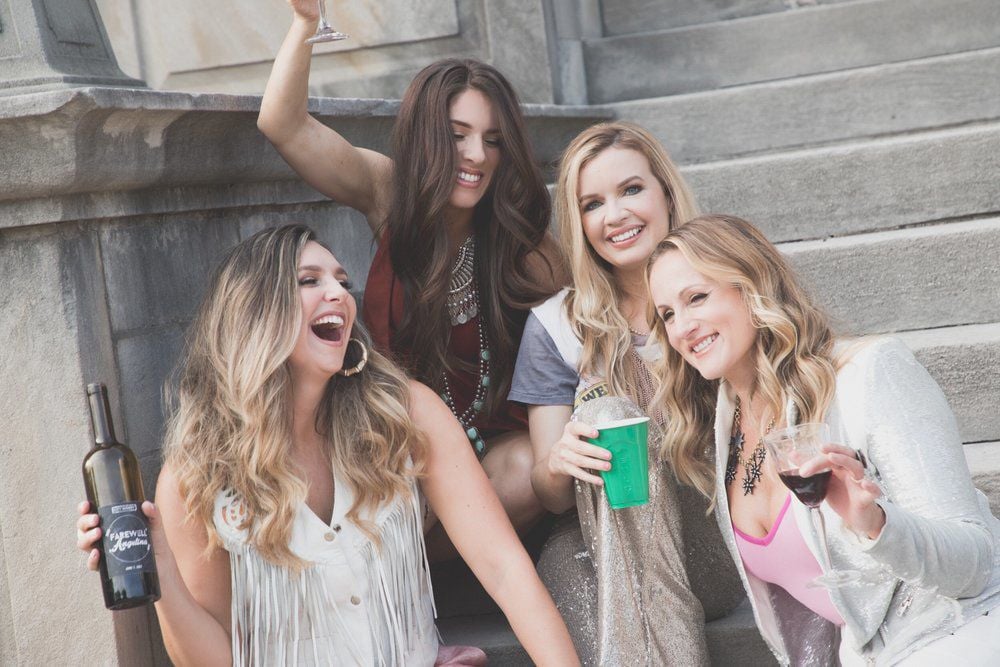 Farewell Angelina is currently on their “Women and Wine” Tour, promoting their new EP by the same name. They are bringing their harmonies, music and songs to Greenwood Community Theatre for Greenwood Performing Arts at 7:30 p.m. Friday.

Farewell Angelina is currently on their “Women and Wine” Tour, promoting their new EP by the same name. They are bringing their harmonies, music and songs to Greenwood Community Theatre for Greenwood Performing Arts at 7:30 p.m. Friday.

The four band members are all good friends who met in Nashville.

“We started writing songs together and started playing together and it was all very organic,” Nicole Witt said. “It’s a fantastic thing to get to sing with your friends. We all had our own deals going on.

“I was with EMI twice and Curb records,” Witt said. “Ashley had a record deal on Curb. Lisa was singing in the studio for Jason Aldean and Trace Adkins and Andrea was on the road with a bunch of country acts, singing and playing fiddle for them.”

Since coming together as Farewell Angelina four or five years ago, taking their band name from a Bob Dylan song that Joan Baez covered and recorded, things have moved at a fast pace for the band.

Farewell Angelina has been selected to serve as U.S. cultural ambassadors in 2020 in Indonesia through the U.S. State Department.

“We will be in Indonesia for three weeks in February,” Witt said. “We had to audition, up in New York.”

In 2016, Rolling Stone magazine listed Farewell Angelina among “10 New Country Artists You Need to Know,” describing the foursome as a band who would appeal to fans of “Dixie Chicks, Pistol Annies, SheDaisy and wickedly smart songwriting delivered with a healthy dash of sass.”

Released in January, the band’s “Women and Wine” seven-song EP that they co-produced, is getting rave reviews.

“We laugh because we always say on stage that the two things we know a lot about are women and wine,” Witt said, noting the EP’s title track is about the band’s friendships. “It’s a really fun song.”

The band wrote six of the songs on the CD. Of those six, two, “Ghosts” and “More Problems” also have videos released this year that have debuted on CMT and Billboard.

According to information on the band’s website, “Ghosts” was No. 1 on the CMT 12Pack Countdown for five weeks and in the top three for eight weeks. On Sept. 5, Billboard premiered the music video for “More Problems” calling the harmonies “stunning” and the song, “a perfect respite to the end of summer.”

The bonus track on “Women and Wine,” “I Feel You,” was written by the band’s friend and actor/musician Kevin Bacon, for his wife and fellow actor, Kyra Sedgwick.

“It’s about missing loved ones on the road,” Witt said. “People can identify, whether you’re a truck driver or you travel for work.”

Farewell Angelina has opened many shows for Kevin Bacon and his brother, Michael Bacon, who form the duo the Bacon Brothers.

The band has played in South Carolina and after their Greenwood show, they have a show in Bluffton.

“There was kind of no turning back,” Witt said. “I started writing songs in high school and I went to school for music. When I thought about songwriting, there was only one town and that’s Nashville.”

“Andrea (Young) was taking Suzuki violin at two or three years old,” Witt said. “Lisa (Torres) was singing and dancing really young and Ashley (Gearing) was playing piano and singing and had a record deal with Disney. She had her first record deal at about age 12.”

Witt credits Andrea Young with how the band got its name.

“She came to us with a list of song titles she thought were beautiful and feminine,” Witt recalled. “We thought Farewell Angelina was really cool and different and the decision was unanimous.”

Witt describes Bob Dylan and a master lyricist and timeless songwriter for whom the band would “love to open.”

“I don’t know if that will happen, but we will see,” Witt said.

Currently on their “Women and Wine” Tour, Farewell Angelina, expects to log more than 100 tour dates by this time next year.

“We’re kind of booked out through 2021,” Witt said. “We love, love, love creating moments out there on stage. We have made so many friends in all these towns during the past five years. People jump on our social media pages and we have fans who come to 10 or 15 shows. They are now part of what we now call the Farewell Family.”

The band is also busy planning a Farewell Family event in Nashville during the Country Music Awards.

“It’s our passion,” Witt said, of making music. “Often, passion does not equal real finances and real jobs or real anything, but ours has, and we are so grateful for it.”

Witt credits a supportive musician community in Nashville for helping Farewell Angelina enjoy the music successes they are.

“It’s kind of a last man standing mentality,” Witt explains. “Just don’t quit. Just keep doing it. If you love it, your not going to be able to not do it anyway. For the four of us, there never has been a plan B. We’re getting to make music we love. ... We look at it through a real grateful lens.”

Farewell Angelina to play for GPA at GCT

Farewell Angelina, an all-female country group with powerhouse vocals who take their band name from the title of a Bob Dylan song.

The Latest: Fognini pushes into 4th day in Australia to win

Democrats swarm industrial Iowa to prove they can beat Trump