National Signing Day in the Lakelands 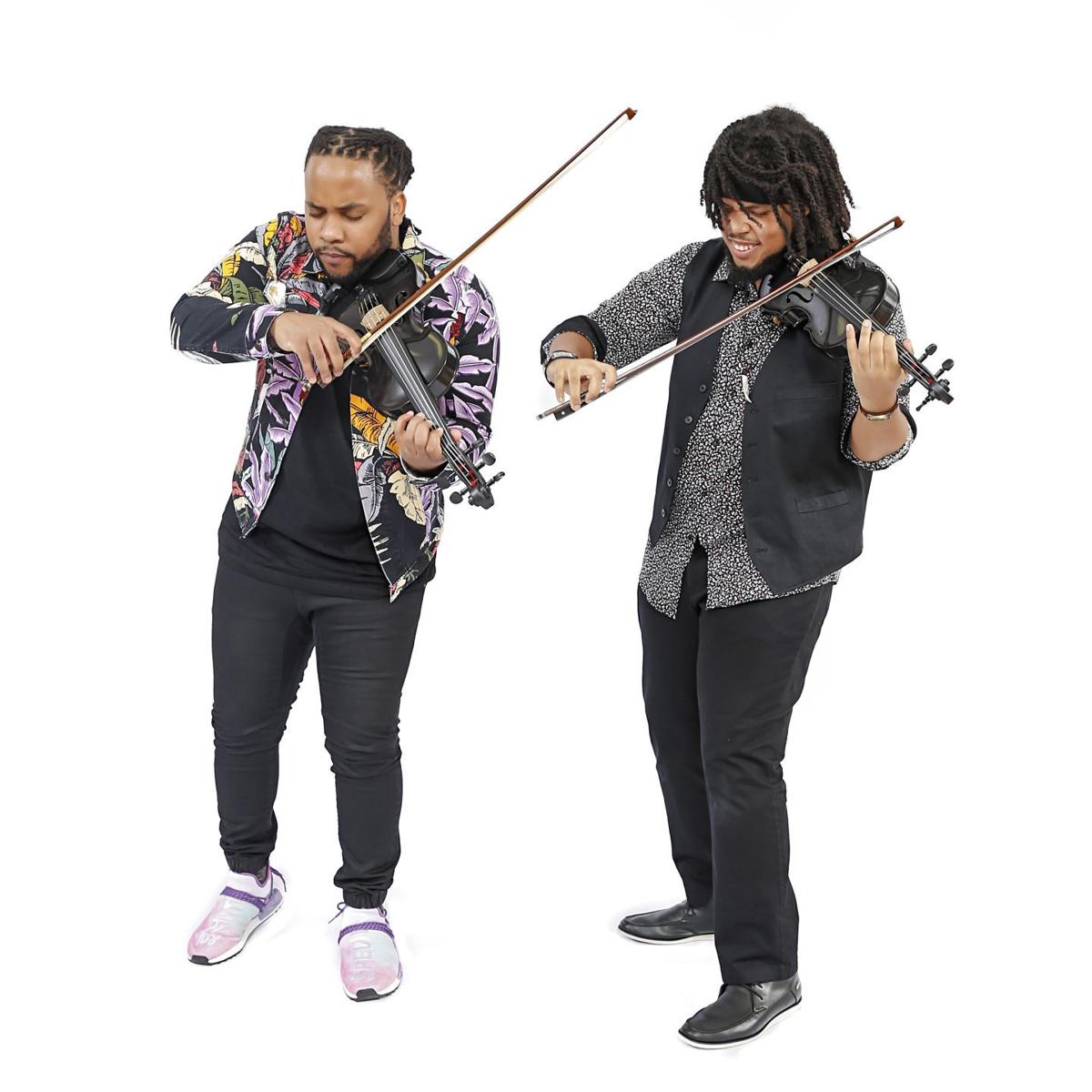 Sons of Mystro, two brothers, born in South Florida to a Jamaican father and Barbadian mother, Malcolm and Umoja learned to play violin through South Florida’s public school system. Reggae, pop and a variety of original compositions are part of their performances. 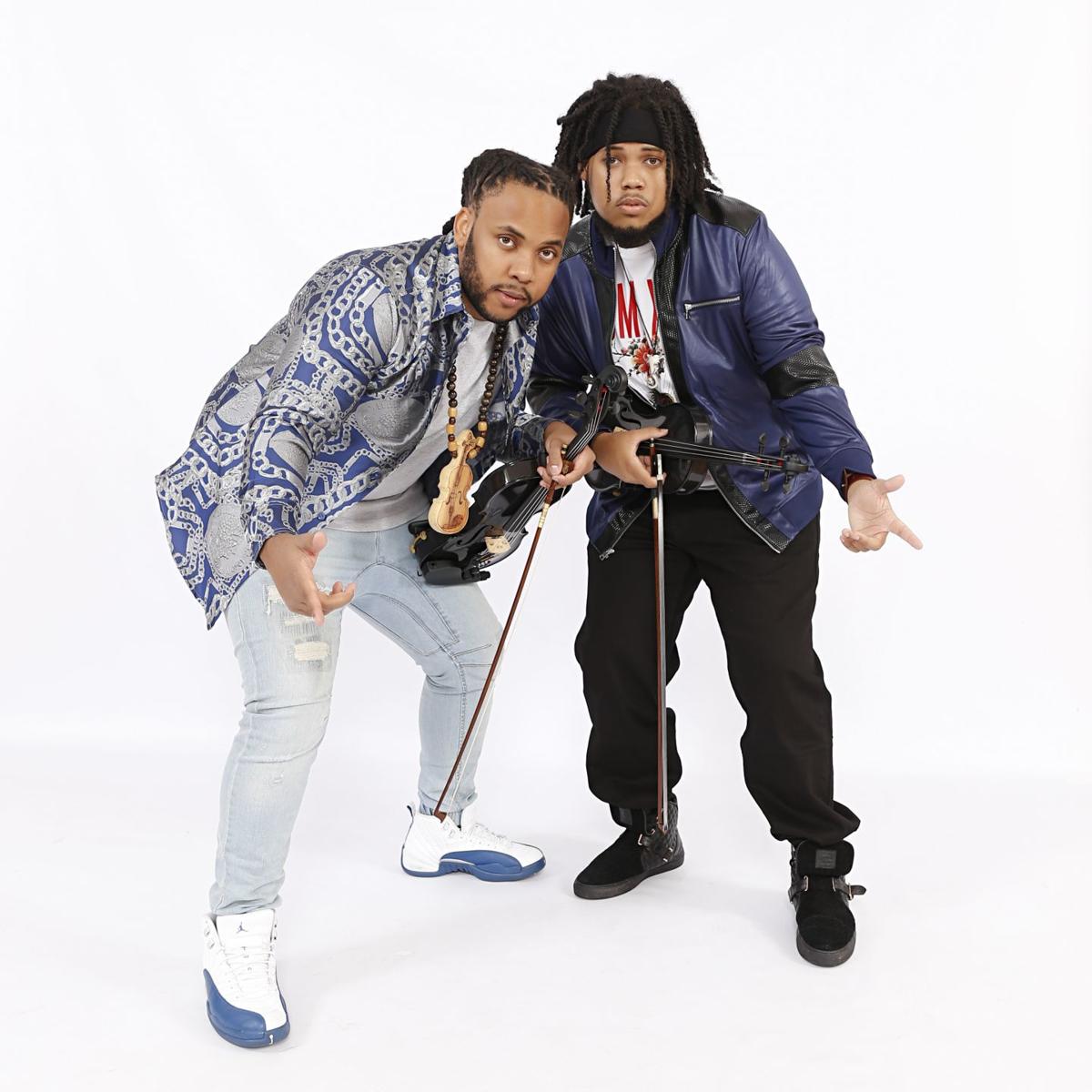 Malcolm McNeish, left, and younger brother, Umoja are bringing their energetic musical fusion of reggae, pop, classical and hip-hop to the Greenwood Community Theatre stage Friday for a concert for Greenwood Performing Arts.

Sons of Mystro, two brothers, born in South Florida to a Jamaican father and Barbadian mother, Malcolm and Umoja learned to play violin through South Florida’s public school system. Reggae, pop and a variety of original compositions are part of their performances.

Malcolm McNeish, left, and younger brother, Umoja are bringing their energetic musical fusion of reggae, pop, classical and hip-hop to the Greenwood Community Theatre stage Friday for a concert for Greenwood Performing Arts.

Born in South Florida, to a Jamaican father and a Barbadian mother, this duo named Sons of Mystro uses violins to interpret reggae, hip-hop and their own beats.

Hear the music reflecting their Caribbean roots as well as multiple other genres and styles at 7:30 p.m. Friday during the Sons of Mystro concert for Greenwood Performing Arts at Greenwood Community Theatre. Tickets are $35, available at the GCT box office, 864-229-5704.

“People are surprised when they see us,” Malcolm said. “They don’t expect two black individuals playing the violin at such a high level. When we perform, we give you a show. The violin is in the forefront. We make the violin sing and people love it.”

Umoja said Sons of Mystro concerts are “like a big party, with just a whole bunch of friends, having a good time.”

“People are dancing, raising their hands up and singing along,” Umoja said. “They have smiles on their faces and just feel happy.”

The Sons of Mystro set list includes songs such as “Return of the Mack”, “This Is How We Do It”, “Uptown Funk” and more. Their drummer and DJ are joining them for the Friday Greenwood Performing Arts show at GCT.

“When we are performing a song, we make it our own,” Umoja said. “In ‘Uptown Funk’ there might be a section in there with The Sugarhill Gang’s ‘Jump on It.’ Or, we use a song from Chance the Rapper’s latest album and loop certain sections of it, where we each do a big solo.”

They have been mentored by Black Violin — Kev Marcus and Wil Baptiste — also of Florida, who are an American hip-hop violin playing duo in their own right. Sons of Mystro are also winners of the Emerging Artist Under 21 Years Old award at the International Reggae and World Music Awards.

The brothers learned to play violin through South Florida’s public school system. Each started learning to play the violin beginning in third grade.

“We started off learning ‘Twinkle, Twinkle Little Star’ and how to use a bow,” Umoja said. “Our mom was responsible for us even being in a magnet school to learn how to play instruments in the first place. Black Violin really got us into doing other music genres on the violin. We saw them perform at a benefit concert for a teacher who had passed away. Their performance at that show was a surprise and they just killed it on stage. After the show, my brother and I decided to meet them.”

Practice is exactly what Umoja and Malcolm did, learning note for note Black Violin performances of hip-hop songs.

“We would go to school and do nontraditional songs on the violin and everyone would go crazy,” Umoja said. “We would just jam out with genres you wouldn’t normally hear on the violin.”

Since then, Sons of Mystro has collaborated with Black Violin, which Umoja likens to “meeting your superheros.”

“It’s great to see role models doing something you do, on a much bigger scale,” Umoja said. “It gives you something to work toward. Every time we work with them we feel refreshed and hopeful. It helps you know that it’s possible to attain a certain success playing the violin and doing what we do. It’s inspirational and we hope to pass down this same inspiration to other kids and everybody else working toward a dream.”

Soon after watching Malcolm and Umoja perform at a middle school talent show, Umoja said their father suggested that they perform as a duo, calling themselves Sons of Mystro.

“Fun fact, our father used to be a club DJ back in the 1970s,” Umoja said. “He used to be called DJ Mystro.” Growing up, their dad would often play reggae music and R&B.

“It’s a challenge when you play non-classical music on the violin,” Malcolm said, noting he and Umoja would often try to play music their dad played around the house. “You often have to play it by ear because there is no sheet music to look at. Just by listening to something over and over, we would figure it out, note by note.”

Now, at ages 27 and 24, respectively, Umoja and Malcolm are touring, conducting outreach, working on recording projects and gaining fans through YouTube videos.

They are finishing up a reggae recording and working on an extended-play recording.

“We’ve started doing a lot of live streams on YouTube and on Twitch TV,” Malcolm said. “We would love for everybody to check out our website, too.”

One of their first big performances was before a game between the Miami Heat and the Los Angeles Lakers.

“That, for me, was like, something I will never forget,” Malcolm said. “I’m a Lakers fan and I got to see my favorite team...We got to play for a lot of teams that year and every game we played for them, they won.”

Next for Weinstein: Sentencing, appeal and another rape case

Review: An unlikely friendship is at the heart of 'Burden'