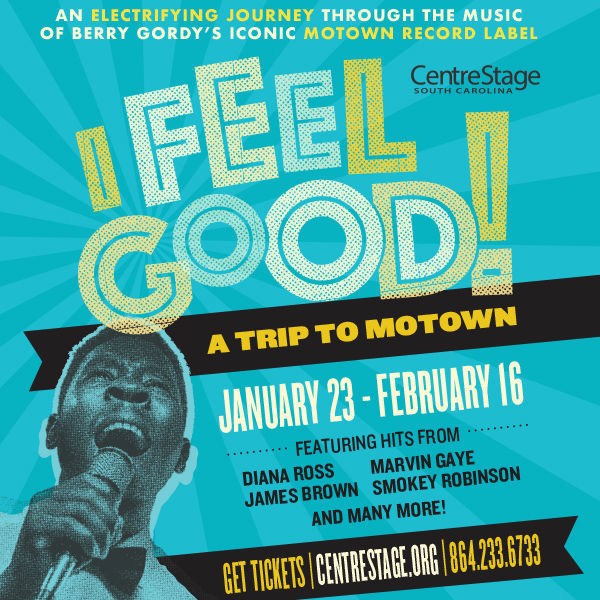 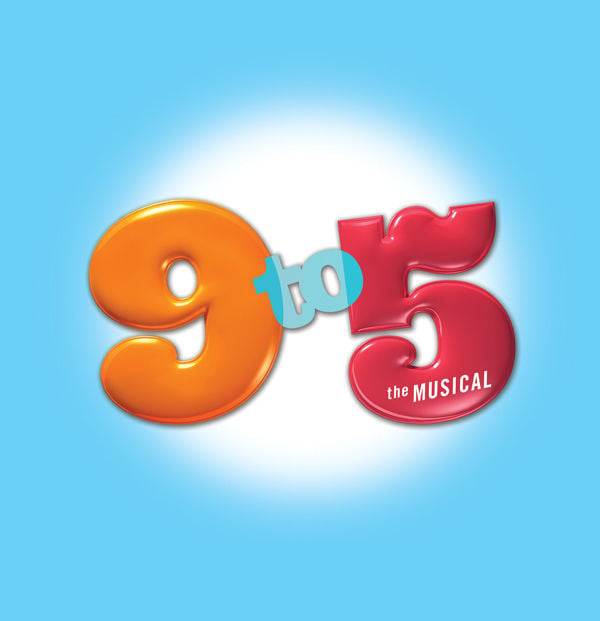 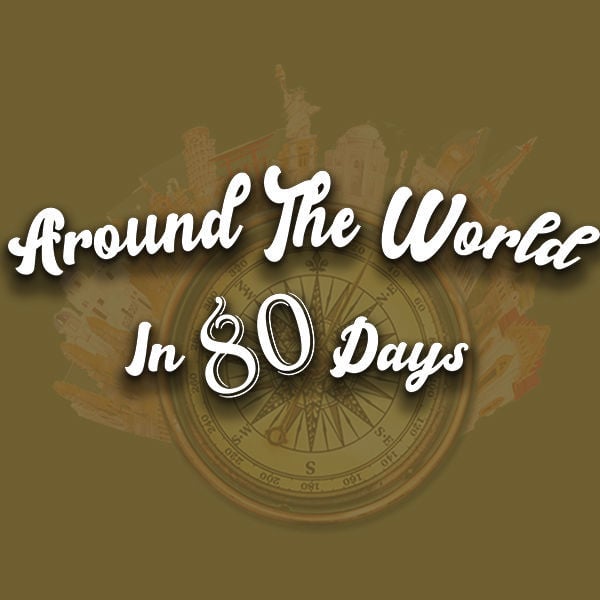 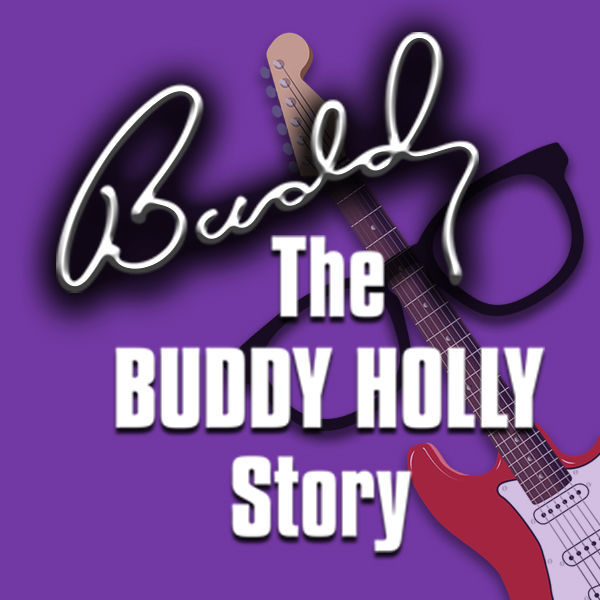 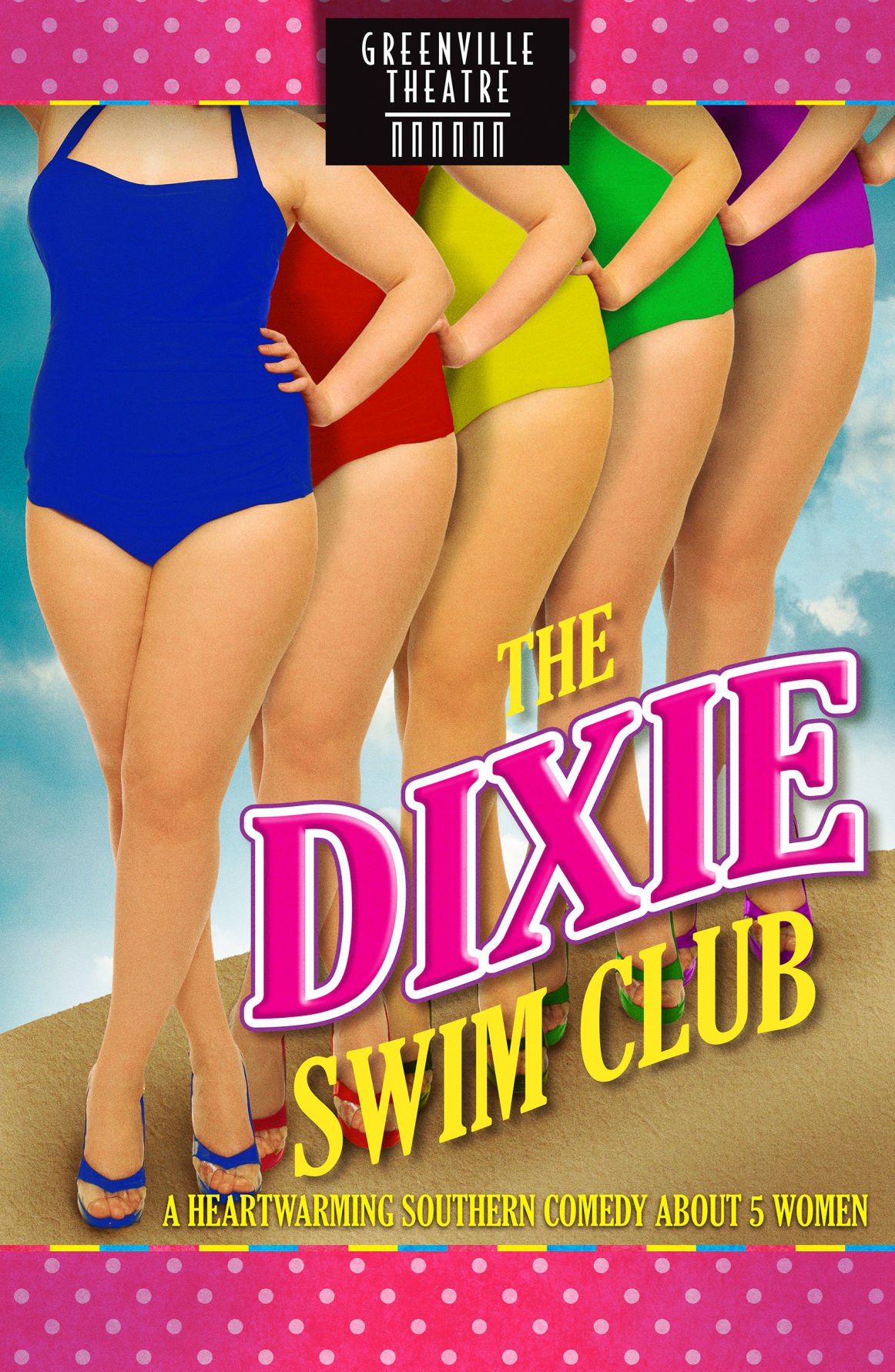 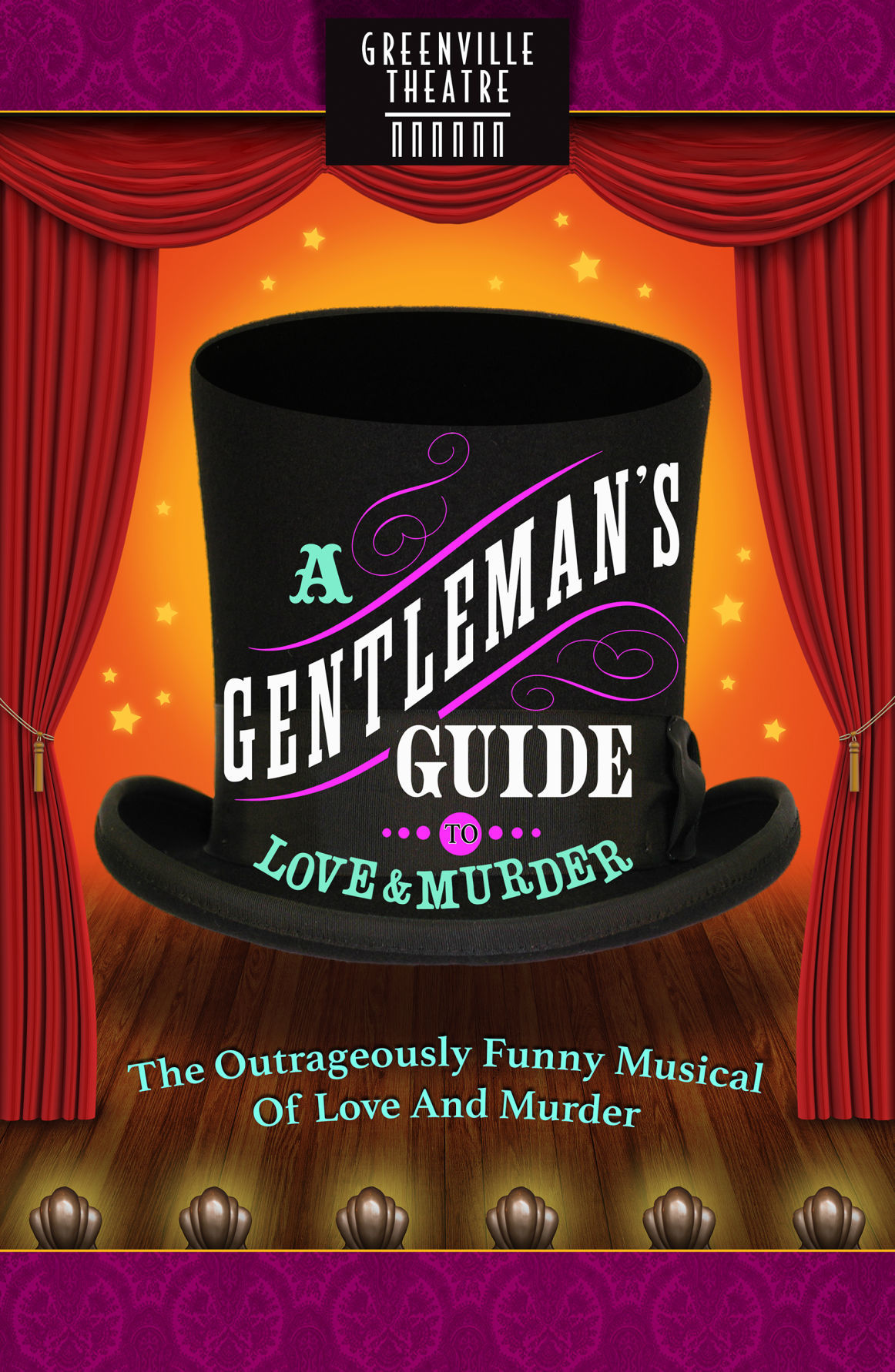 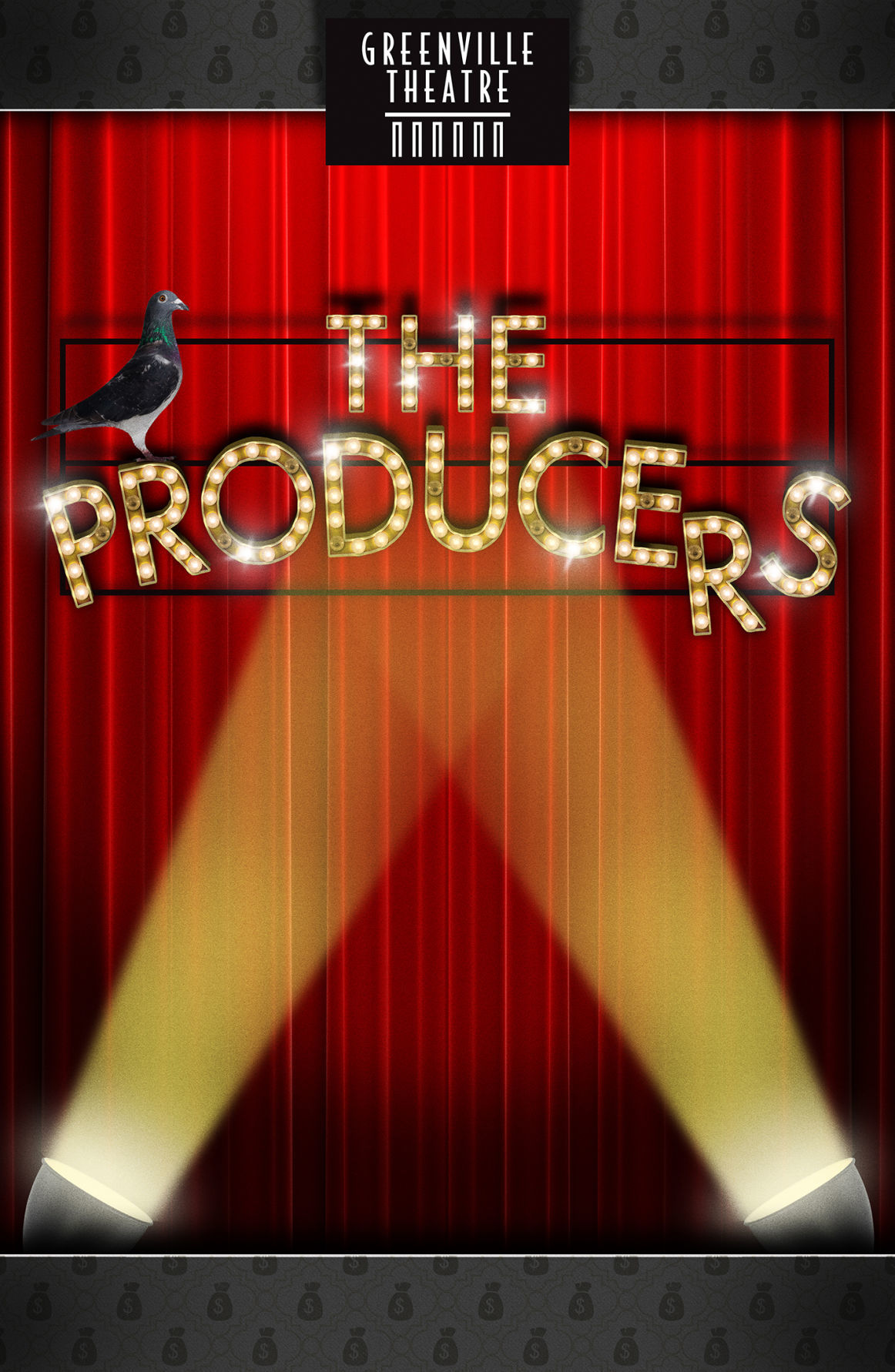 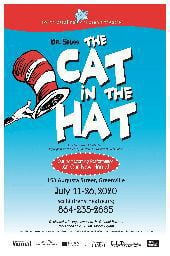 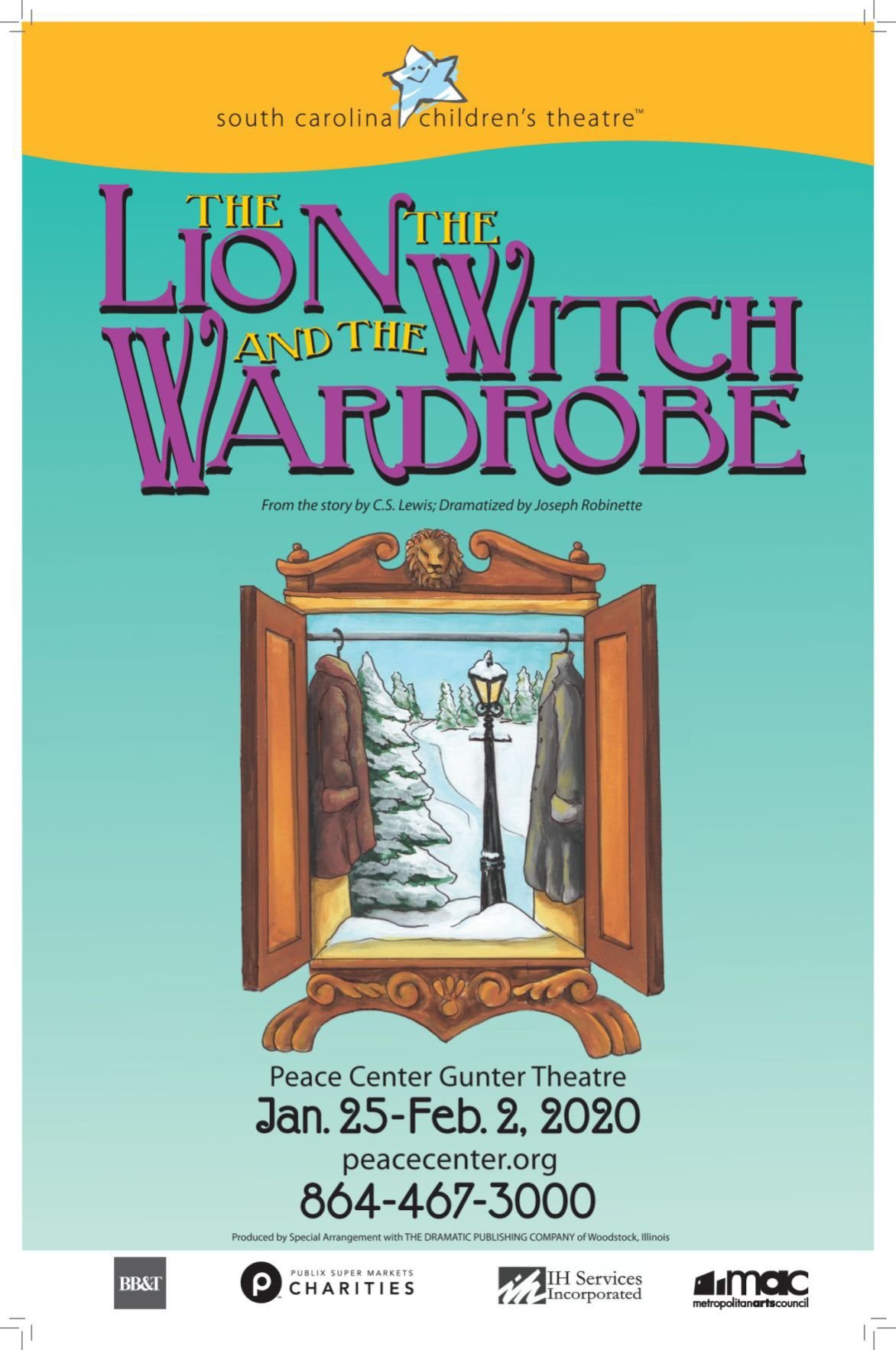 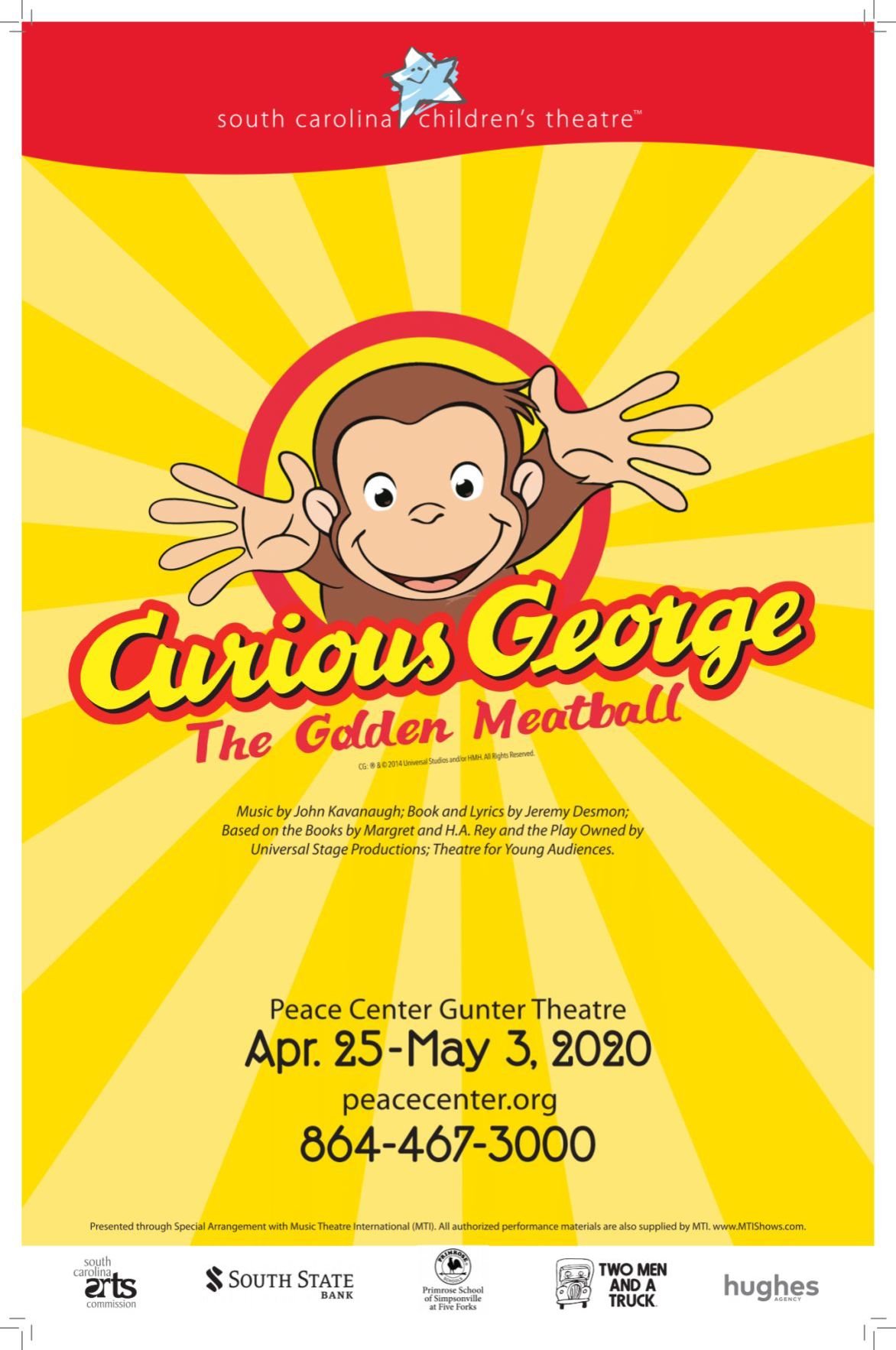 From music of Motown to musicals and comedies to children’s classics, Greenville’s theaters will offer a wide variety in the 2020 portion of their 2019-20 seasons.

Centre StageMusic is the theme of the 2020 portion of Centre Stage’s calendar, starting with its ever popular rock show. “I Feel Good: A Trip to Motown” celebrates the music of Berry Gordy and his iconic Motown record label. This concert-style show runs from Jan. 23-Feb. 16. Tickets are $25.50 to $38.50.

Three Main Stage shows remain. “9 to 5: The Musical,” based on the movie of the same name that starred Dolly Parton, Lily Tomlin and Jane Fonda, runs March 19-April 5. Five actors play 39 characters in “Around the World in 80 Days,” which runs from May 21-June 7. “Buddy: The Buddy Holly Story,” one of the most successful shows in Centre Stage history, returns July 16-Aug. 15. Tickets to the Main Stage shows are $25.50 to $38.50.

Centre Stage is at 501 River St. in Greenville. For information, go to centrestage.org.

Greenville TheatreGreenville Theatre (it dropped “Little” from its name a year ago) kicks off 2020 with “A Gentleman’s Guide to Love and Murder.” The musical comedy runs March 6-22 and tells the story of Monty Navarro, the ninth in line to inherit a dukedom and his quest to eliminate the eight heirs standing in his way. Tickets go on sale Feb. 17.

“The Dixie Swim Club,” which runs April 10-26, tells the story of five Southern women whose friendships began on their college swim team and who meet at the same beach cottage every August to catch up. Tickets go on sale March 23.

In June, the theater will stage “The Producers,” the Mel Brooks’ farce based on the 1968 film. Tickets go on sale May 11.

The Greenville Theatre also produces a concert series. A John Denver Tribute with Chris Collins and Boulder Canyon runs Feb. 14-16, while Rumours will play a Fleetwood Mac tribute May 1-3. Tickets for the tribute concerts are $40.

The Greenville Theatre is at 444 College St. in Greenville. For information, go to greenvilletheatre.org.

Proud Mary Theatre Co.Proud Mary Theatre Co., the state’s first and only nonprofit theatre group dedicated to telling the stories of LGBTQ+ voices to the Upstate, will stage “The Pink Unicorn” in February. Anne Tromsness will direct the one-woman show starring Upstate actor Kelly Davis. “Pink Unicorn” tells the story of Trisha Lee, a Christian widow in a conservative Southern town whose life is upended when her 14-year-old daughter announces she is “gender queer” and starts a chapter of the Gay and Straight Alliance at Spartan High School.

Tickets are $15 for adults and $12 for students. It will be staged in Greenville and Spartanburg. The Greenville performances will be at Coffee Underground, 1 East Coffee St., Greenville, on Feb. 11 and 12. Spartanburg shows are Feb. 7-8 and 14-15 at the Artists Collective at 578 W. Main St.

Other shows in the 2019-20 season are “Sordid Lives” in June and “Head Over Heels,” a musical comedy set to the music of the Go-Go’s, in August.

For information, go to proudmarytheatre.com.

2020 is going to be a big year for the South Carolina Children’s Theatre. “The balance of our 2019-20 season is comprised of a number of lasts and one very exciting first,” said SCCT Executive Director Debbie Bell.

The theater will wrap up its 29-year run as a resident of Greenville’s Peace Center with “Curious George: The Golden Meatball” April 25-May 3. Tickets are $26 for adults and $19 for children. The final show of the season, “Dr. Seuss’ The Cat in The Hat,” will play on Saturdays and Sundays in July and will be the first Main Stage production in the theater’s new home on Augusta Street in Greenville. Tickets for Dr. Seuss go on sale to the general public in May.

The other remaining Main Stage production is “The Lion, the Witch and the Wardrobe,” the C.S. Lewis classic, runs Jan. 25-Feb. 2 in the Peace Center’s Gunter Theatre. It’s the story of the Pevensie siblings’ magical journey to save Narnia.

The theater has two 2nd Stage shows: “Knuffle Bunny: A Cautionary Musical,” based on the Caldecott Honor-winning picture book by Mo Willems, on Feb. 8-22; and “Amazing Grace,” adapted from the book by Mary Hoffman, on March 14-28. 2nd Stage shows are held at the Kroc Center in Greenville. Tickets are $10.50.

For information, go to scchildrenstheatre.org.

The Warehouse Theatre kicks off 2020 with a transfer of Merrimack Repertory Theatre’s production of “The Heath,” an autobiographical play by Lauren Gunderson about her grandfather growing up in the Upstate. The play runs now through Jan. 26. Tickets are $35.

“100 Saints You Should Know,” a story about five people searching for faith and meaning in their lives, will be staged April 17-May 3. Tickets are $35.

The season’s final show, running May 29-June 14, is Branden Jacobs-Jenkins’ vicious dark comedy “Appropriate,” in which an estranged family comes back home to sell their father’s house. Tickets are $35.

For information, go to warehousetheatre.com. The Warehouse is at 37 Augusta St., Greenville.