Lander University’s student activities, performances at the Josephine B. Abney Cultural Center, the holiday tree lighting, recitals and concerts, amphitheater productions – and more – are made possible because of the dedicated efforts of a team of special event professionals led by Eddie Shaw.

As director of Special Events at Lander, Shaw and his crew of full-time staff and student employees, work behind the scenes to ensure that every event, no matter the magnitude, is produced without technical difficulties and with such finesse as to make it all seem as though it happened by magic.

“My job is the logistics – getting the right people to the right spot on, the right date, to do what needs to be done,” he said. “Our staff thrives on constant madness and keeping it all together.”

Before the COVID-19 pandemic led to the cancellation or postponement of many events, the Special Events staff lived by a calendar that would give even the strongest of character a reason to wince. On many days, Shaw and his staff arrived before sunrise and stayed well into the night, long after the audiences and applause were gone.

“Almost every day, we had an event, and often more than one,” said Shaw. “We used to say ‘if it happens on campus and it’s not a class, we’re somehow involved.’”

Now, the classes have come to Shaw and his team, and academia is a “special event.”

Because of the pandemic’s health and safety demands, the concerts, large-scale productions and numerous student activities are mostly on hold, moved to a virtual format, or held on a much smaller scale. But Shaw and his staff have found themselves hard at work to assist faculty and administrators with classes, virtual meetings and other events that have moved online.

While the Special Events team may not be setting up equipment for huge concerts or shows, it now helps to livestream campus events and provide the necessary lighting and sound for each program’s success.

The Abney Cultural Center Auditorium, for example, is being used for classes that are too large for regular classrooms. Music students, who once practiced in recital halls or small classrooms, now find themselves on the stage alone with a teacher. Some events have been moved outdoors to the Dingle Amphitheatre, heightening the visibility of a favorite campus venue.

“To ensure social distancing, we have made big changes,” he said. “It has become a different type of busy for us. There’s no question, COVID-19 caused a tremendous hit to what we do. There was no remote work for us because everything we do is hands-on. It’s all about the production, the event — and those things ended.”

Yet, he credits the dedication of his staff to switching gears quickly to adapt to new demands for the fall semester.

“It required a bit of a learning curve to get us up to speed on what we needed to do,” he said. “But everyone pulled together, and we continue to adapt to what is needed.”

Shaw, who grew up in Honea Path, started his life at Lander as a student majoring in history education. He began his work in Special Events as a student and was hired in 1995 for the job that he has now – even before his graduation from Lander in 1996. “I was supposed to be a high school history teacher,” he said, laughing. “But it didn’t turn out that way. I’ve been an employee at Lander longer than I’ve been an alum.”

In addition to his work at the University, Shaw served 21 years in the National Guard and was deployed to Kuwait from 2003-04 in support of Operation Iraqi Freedom. At home, he and his wife, Suzy, have two sons and a daughter, ranging in age from 2 to 10, and they juggle the responsibilities of cats, birds, a dog and a rabbit.

While his personal and professional life may seem to resemble the title of a book, “If I Ran the Circus,” displayed in his office, Shaw said being with his family is his favorite hobby. “We are Disney junkies, too, although plans to visit our favorite vacation spot are uncertain right now,” he said.

As he observes the 25th year of his employment at Lander, Shaw reflected on the many events that have occurred during his career, including the University’s traditional holiday tree-lighting ceremony which attracts 1,500-plus people annually. “I love this event — the horse-drawn carriage rides, toasting marshmallows in fire pits, the music and hot chocolate,” he said. “It requires a lot of lighting and sound, but it is so much fun. COVID will scale this back dramatically this year, but we will return.”

Shaw enjoys the varied requirements of his job, such as the “cool lighting” created for special events, including a chandelier that the staff made for a party from parts acquired from Hobby Lobby, Lowe’s and Tractor Supply; doing events for political leaders, including Joe Biden, former Vice President and presidential candidate who visited campus in February; and assisting with traveling theater shows, such as “Footloose” and “Titanic.” Shaw and his staff have worked with numerous musicians, too, including local favorites the Jake Bartley Band and The Swinging Medallions, as well as the bluegrass band Rhonda Vincent and the Rage, rap artist Big Sean and country musician Clay Page.

Yet, no matter the scale of the event or the demands, it’s all in a day’s work, he said.

“We have such a great team in Special Events, and our team is dedicated to making many things happen,” Shaw said. “If we’ve done a good job, no one realizes what it took to make it all happen. And then we move on to the next thing.” 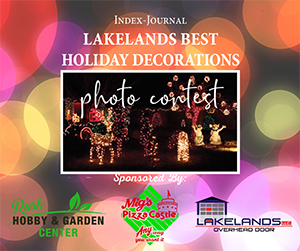