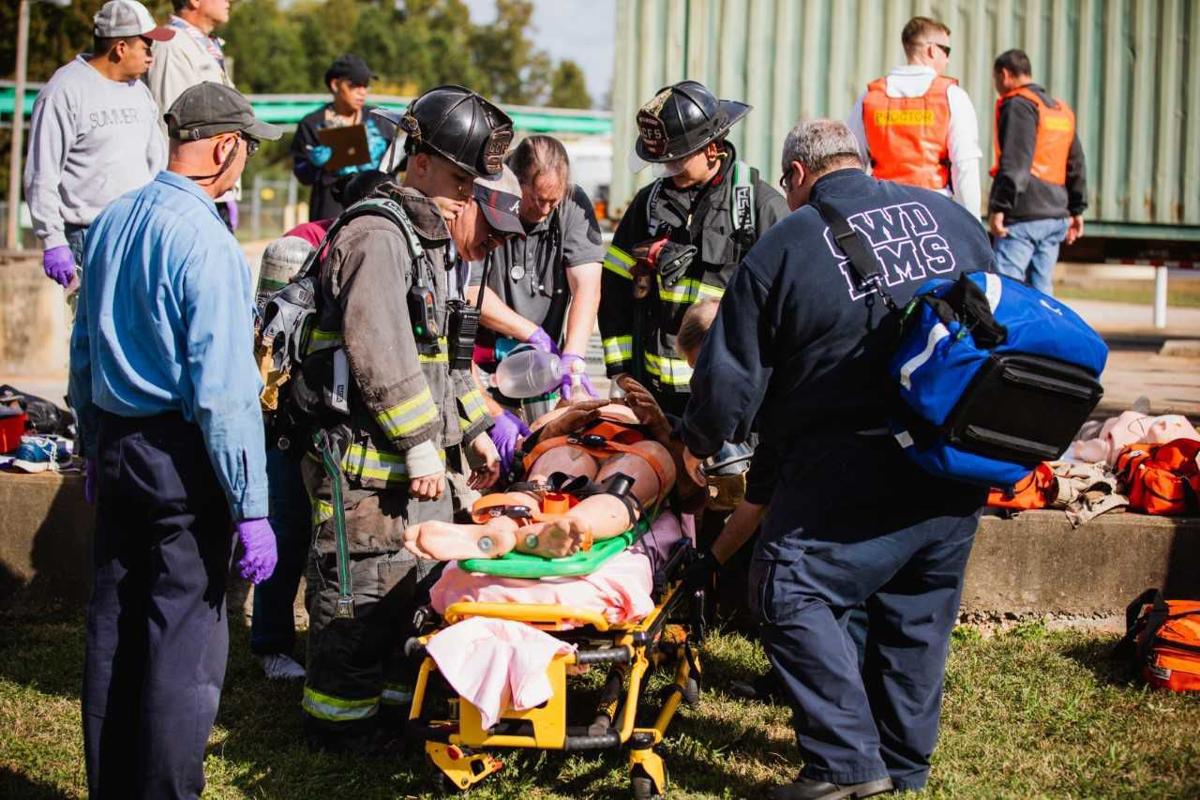 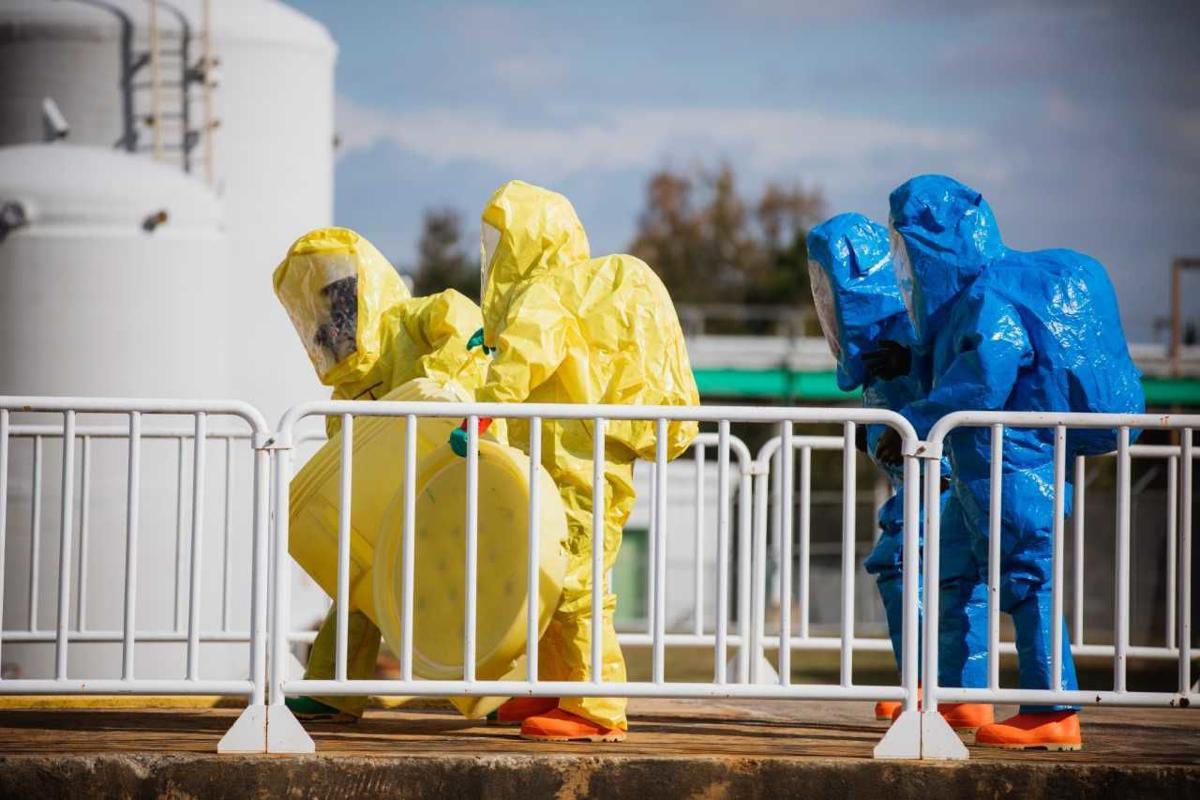 Nov. 5 was a day of many firsts in Greenwood.

“This drill represents the culmination of four years of work on our crisis communications plan and its integration with our emergency action plan,” said Sarah Deal, Compliance Officer. “Our senior staff and entire management team fully supported the drill, and we were pleased that it was a tremendous success,” continued Deal.

After a brief review of drill objectives and safety guidelines, LEPC observers were shuttled to the observation area and the drill began.

The drill scenario presented as a chemical leak in a container truck where two associates were overcome by fumes. The proctor “witness” activated the Fujifilm HazMat team and emergency response team members who gathered and began responding to the incident. In all, over 39 of 53 Fujifilm ERT’s and HazMat team members responded to the call. The crisis communications team was activated, and a call to 9-1-1 initiated the response by local government emergency services.

The drill demonstrated excellent teamwork and coordination among all participants,” said Scot Yarbrough, Regional Emergency Manager, S.C. Emergency Management Division. “It was evident that the teams at Fujifilm have invested time and effort into preparing for response and communication,” continued Yarbrough. “We were impressed with how well the exercise was executed,” concluded Yarbrough.

Two distinct overarching objectives were identified for this exercise – HazMat response transition from Fujifilm’s team to the City’s HazMat team, and efficient and accurate communication from the incident command center, through the crisis communications team, to the corporate offices in New York. Both aspects of the drill proved to be successful, and minor improvements were noted and will be implemented.

“Fujifilm maintains an uncompromised commitment to the safety, health and wellness of our associates and an unwavering commitment to the safety of our neighbors and community,” said Susan Hendrix, Senior Manager, Environment, Health, Safety and Quality. “Additionally, we are diligent in the protection and preservation of our environment and precious natural resources,” continued Hendrix. “Conducting drills and table-top exercises ensures we respond as quickly as possible and take appropriate actions to fulfill our commitments,” said Hendrix.

Column: Expectations getting higher as Woods gets older

Hunt family finally gets to see Chiefs back in Super Bowl