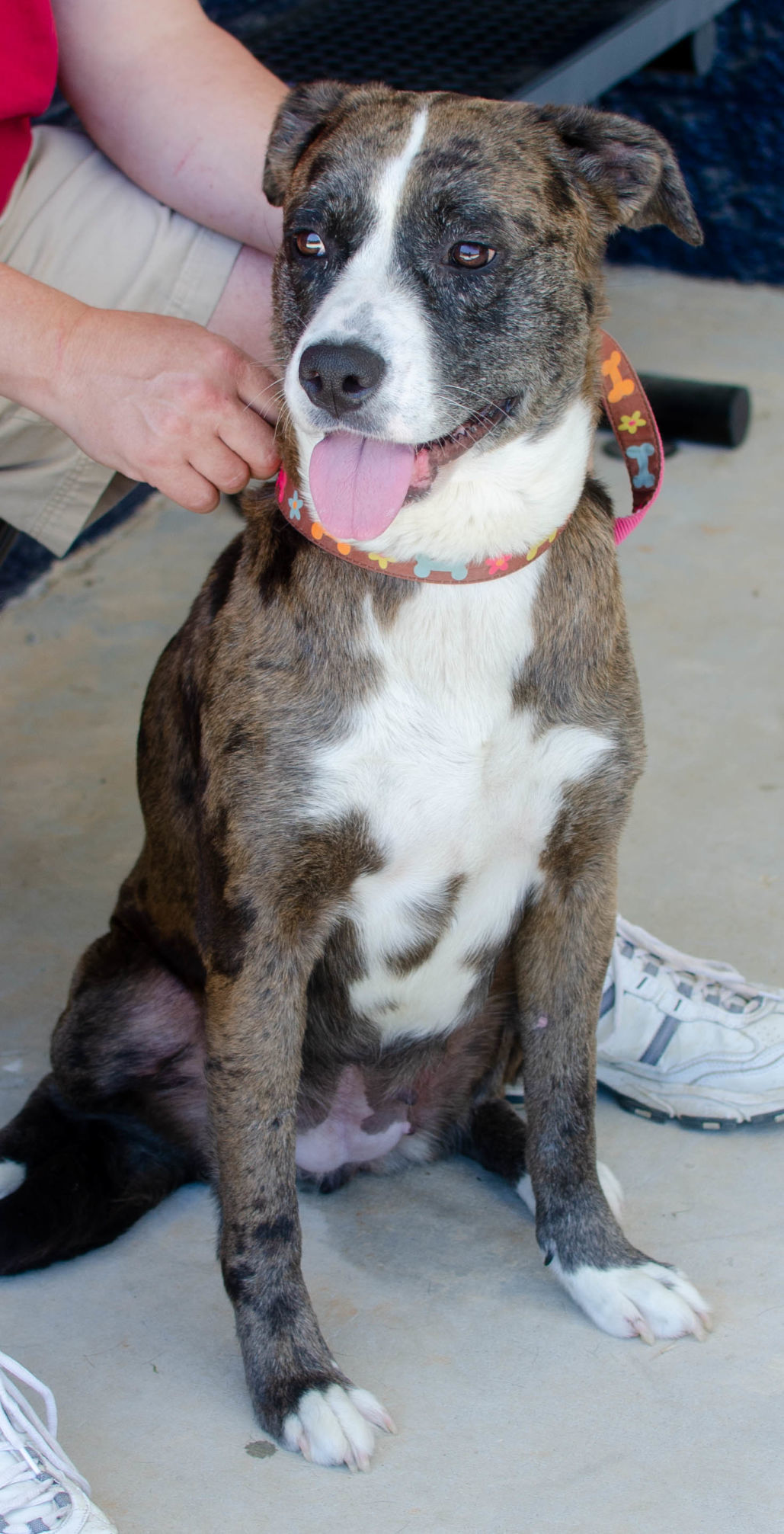 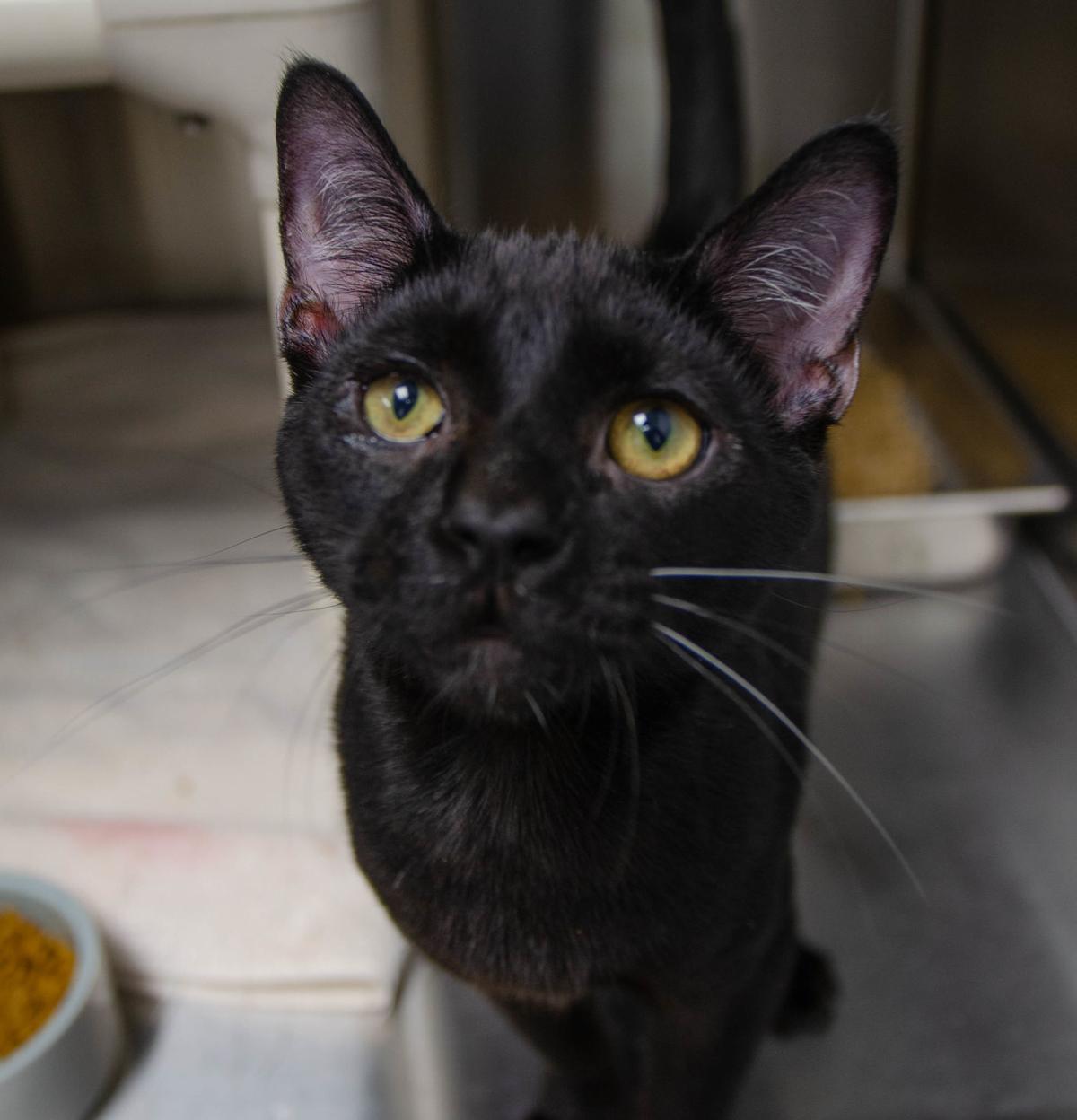 As beautiful and alluring as the Greek goddess for whom she’s named, Persephone is ready and eager to win your love and spend the rest of her life proving herself to be the best dog around. She’s a large 2 1/2-year-old hound mix with a lovely dark brindle and white coat and kind, deep brown eyes. But don’t let her size fool you; she’s actually quite gentle. Persephone loves toys, so she’ll be delighted to join you in playtime, but she’s also more than willing to settle down for some snuggles. She’s very intelligent as well and has already proven she’s quite capable of being trained. What can we say about Onyx, other than this is one cool black cat. And well, he is. He’s about 7 months old, so you know what that means: energy, playfulness, with more than a touch of silliness thrown in. He can’t be called exactly solid black because he has a few gray hairs mixed in here and there, which is actually quite adorable. He loves attention, and when he looks at you with those big yellow-golden eyes, you’ll be enticed to give him whatever he’s asking for. Come meet handsome Onyx today.

Other countries join China in responding to new coronavirus